How to recycle the 'unrecyclable,' from cigarette butts to squeeze pouches

If you’re feeling guilty about the mountains of coffee pods or squeeze pouches you’re tossing in the trash, there are ways recycle those and many other “unrecyclable” items. Here’s how — and why it isn’t being done by everyone, everywhere.

While some are working to fill recycling gap, some major challenges remain

If you're feeling guilty about all the coffee pods or squeeze pouches you're tossing in the trash, here's some good news: There are ways to recycle these and many other "unrecyclable" items.

Some recycling programs facilitated by private companies — including the manufacturers of products that aren't easily recyclable — are filling the gap in order to divert some of that waste away from the landfill.

The bad news is such programs face some big challenges and they'll probably never be able to do it on a large scale, accessible to everyone, everywhere.

TerraCycle is one company aiming to "recycle everything."

Its Toronto office is decorated with kites made from Oreo packages, lamps made from Febreeze spray-bottle tops and old CDs, and a coffee table made from coffee pods, its grey plastic embedded with flecks of blue, pink, orange and green from the shiny, colourful aluminum in Nespresso pods.

"Everything technically has a recycling solution," said Jessica Panetta, marketing manager for the Canadian branch for the New Jersey-based TerraCycle.

But if recycling a material is too costly and the recovered material too hard to turn into new products, local governments instead send them to the landfill.

That's the case for a huge range of things, including chip bags, spray-bottle tops, latex gloves, ski goggles and car seats, which typically contain multiple parts and materials that have to be broken down and separated for processing.

"The cost to collect, process and recycle those items is far more than their actual value once they're recycled," Panetta said.

In the case of cigarette butts — one of the most challenging things to recycle, according to Panetta — the ash, tobacco and paper need to be separated and sent for composting, while the plastic filters are ground up and then recycled.

That type of complex recycling is TerraCycle's specialty.

The trick is learning how to cover the costs. Unlike most municipal recycling programs, TerraCycle doesn't rely on taxes and sales of recovered material. Instead, it's funded through two main sources:

The materials are processed and turned into hard plastic products, like ashtrays, shipping pallets, picnic tables and playground equipment.

While people are obviously more willing to participate in free programs, brands often have budgets that limit the amount of recycling they're willing to take on. If consumers send in too much, the program becomes too expensive and gets shut down.

That's what happened to a previous program that recycled certain chip bags and other snack wrappers.

To avoid a similar fate, TerraCycle limits the number of people who can participate in its programs.

Caitlin Gillespie waited two years for a spot in TerraCycle's cereal bag recycling program, funded by Sally's Cereal. She collected garbage bags full of cereal bags from her extended family, storing them in her basement.

"I'm a huge fan of cereal and I saw how much was being thrown out, because they can't go in the blue bin."

She finally snagged a spot in December 2015, and has since collected about another 5,000 cereal bags from her family and colleagues at Environment Canada.

She also collects squeeze pouches from the baby food consumed by her daughter, Isla, and writing tools she drops off at Staples.

"I sleep better knowing that less waste is going to landfill because of me. And I'm selfish — I'm not going to stop eating cereal," she said with a laugh.

Nor is she going to stop giving her daughter squeeze pouches, she said, since they allow Isla to feed herself and are more convenient than glass jars "and the spoon and the bib and the mess."

Marie-Josée Boulet, an elementary school teacher in Stanstead, Que., is trying to promote a zero-waste classroom for her students. One obstacle she was regularly seeing is applesauce squeeze pouches brought as snacks.

She asked her students to research what could be done with them, and one of them found TerraCycle.

And while it seemed like a great option at first, Boulet said she thought about what would happen if she started collecting the pouches.

"It encourages kids to buy more, I'm sure," she said.

Boulet also questioned the value of the products made from recycled plastic — and the motives of the companies who participate. "Is it just to sell more of their products and feel better, instead of just changing the packaging?"

She instead decided to encourage her students to bring whole apples to school; they're using the squeeze pouches already collected to make their own tote bags.

Calvin Lakhan, a researcher who studies waste management at York University, agrees that marketing products as recyclable — even if they're not accepted by blue bin programs — may ease people's guilt, potentially leading to buy more than they otherwise would.

"What they're not really communicating to the public is the size and scale of that ability to recycle," Lakhan said. "It's one of those things where good intent leads to some bad outcomes."

Consumers can also become confused about what's recyclable and may inadvertently end up contaminating their local blue box programs.

A recent study by the City of Toronto found residents throw out about 1,300 tonnes of coffee pods a year, with about 14 per cent ending up in a blue or green bin, even though the city doesn't accept them.

Lakhan said the cost of having that contamination in the system is enormous. Still, he commends TerraCycle for pushing the envelope in terms of what can technically be recycled.

"I think TerraCycle  does wonderful work in terms of developing the technologies and hopefully [can] have it adopted on a wider scale."

Where to go from here

Is signing cities up to recycle through TerraCycle the solution then?

Panetta said while the company could theoretically collect and process large volumes of material, it doesn't solve the issues that stop cities from recycling those materials themselves in the first place.

In many cases, she said, it's about funding and who would use the recovered materials afterward.

Most cities aren't even willing to commit to TerraCycle's well-funded — and free — cigarette butt recycling program, as "free" programs do incur some costs. Someone needs to perform the labour of collecting and shipping this distinct waste, which can be inefficient and cost-prohibitive.

The cities of Montreal and London, Ont., for example, have opted to cover it. But others, like Toronto, have not.

Meanwhile, Panetta thinks many brands are starting to feel pressure from consumers to build more durable products or participate in programs, like those offered by TerraCycle.

"I think we're moving in the direction of a less disposable world to begin with," she said. "I think that's definitely the direction that it needs to go." 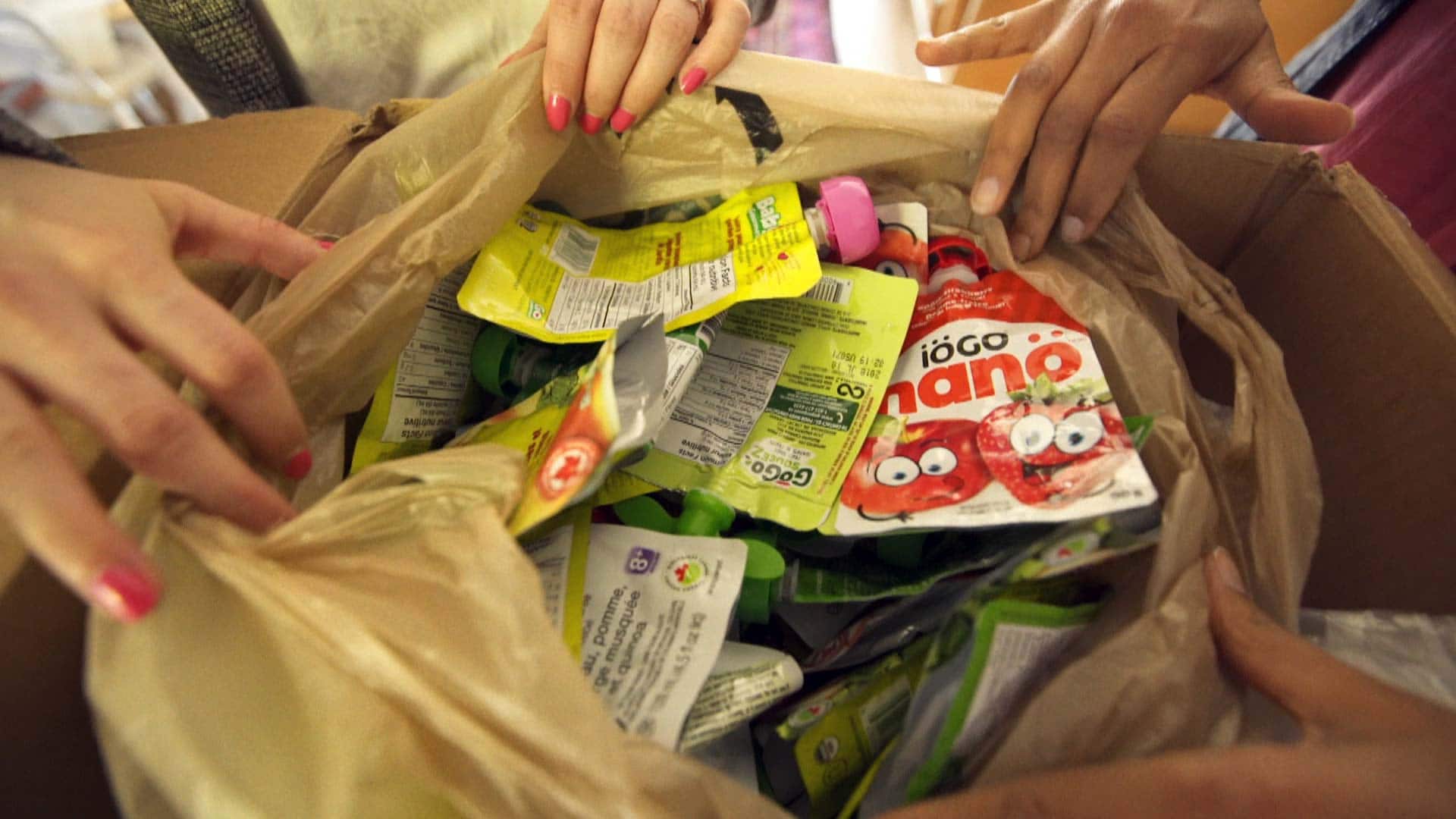 Trying to recycle everything comes at a high cost | Reduce, Reuse, Rethink

3 years agoVideo
2:33
Trying to recycle everything — including hard-to-recycle items like coffee pods and cigarette butts — can come at a high cost. 2:33

With files from Marcy Cuttler and Christine Birak