The majority of a 470-strong pod of pilot whales found stranded off southern Australia has died, officials said on Wednesday, as rescuers struggled in freezing waters and fading light to free those still alive. 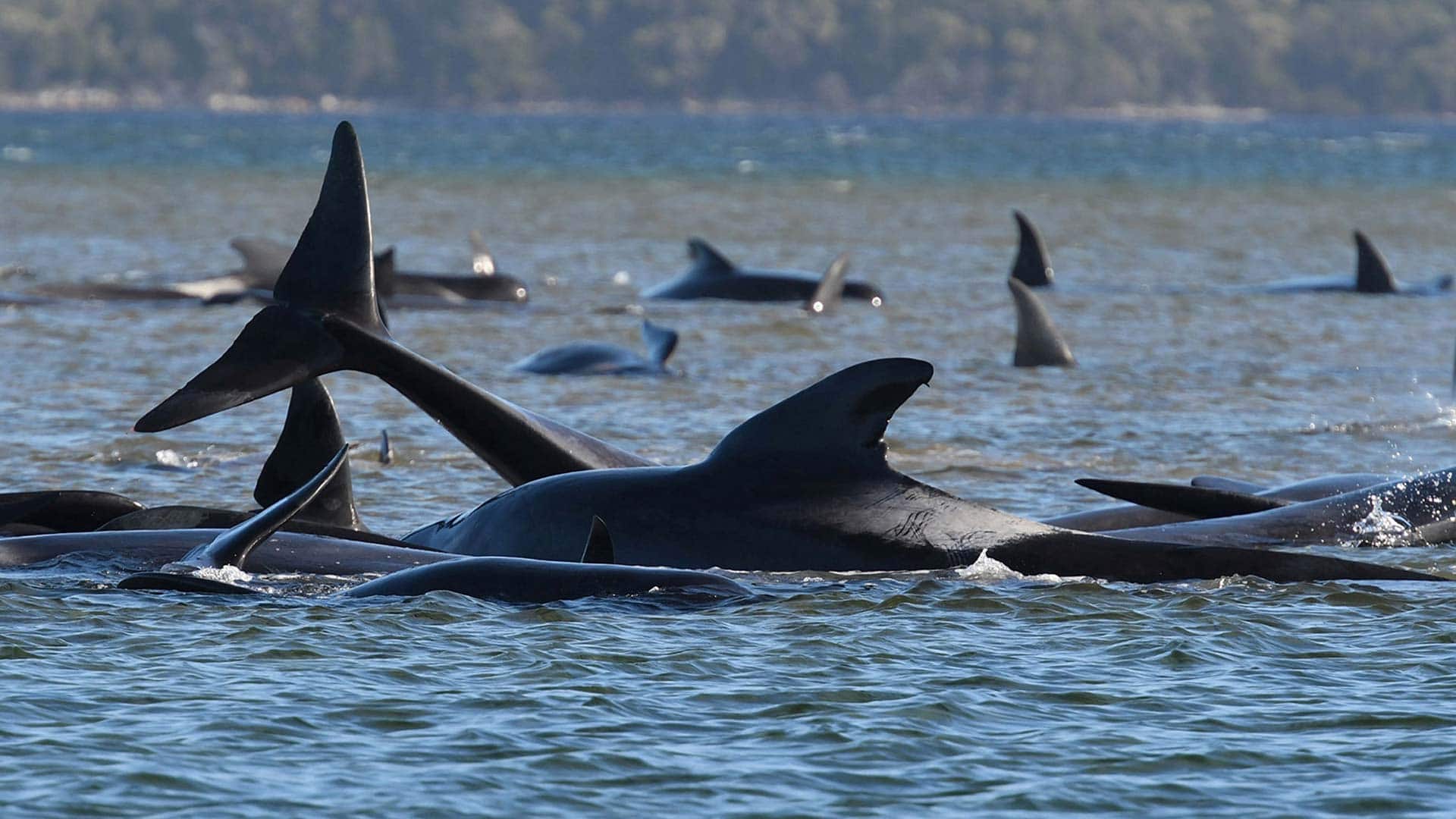 29 days ago
2:02
A rescue mission is underway off the coast of Australia, for about 270 pilot whales stranded on a sandbar. Ninety of them have died, but 25 have been saved so far. 2:02

The majority of a 470-strong pod of pilot whales found stranded off southern Australia has died, officials said on Wednesday, as rescuers struggled in freezing waters and fading light to free those still alive.

The group, which is the biggest beaching in the country's modern history, were first spotted on a wide sandbank during an aerial reconnaissance of rugged Macquarie Harbour in Tasmania state on Monday.

After two days of a difficult and dangerous rescue attempt, state marine scientists said at least 380 of the long-finned pilot whales had died.

By late Wednesday, around 50 of the mammals were freed, but experts said there was a high likelihood they would return as many did during the rescue attempt a day earlier, creating an exhausting loop for rescuers who cannot work through the night.

The outlook for the remaining 30 stranded and still-alive pilot whales, a species of oceanic dolphin that grow to seven metres (23 ft) long and can weigh up to three tonnes, was bleak.

"As time goes on, they do become fatigued and their chance of survival reduces," said Nic Deka, Parks and Wildlife Service incident controller. "We do expect to rescue more but increasingly our focus is what do with the carcasses."

The re-floating process involves as many as four or five people per whale wading waist-deep in freezing water, attaching slings to the animals so they can be guided out of the harbour by a boat.

The stranding, about 200 kilometres northwest of the state capital, Hobart, is the biggest on record in modern Australia and one of the largest in the world, drawing attention to a natural phenomenon that remains a mystery to scientists.

"It's certainly a major event and of great concern when we potentially lose that many whales out of a stranding event," said Peter Harrison, a professor at the Southern Cross University Whale Research Group.

"Quite often, we only get to really see them when there are bad outcomes, such as this stranding event. We absolutely need some more investment in research to understand these whales in Australian waters."

In 1996, 320 pilot whales washed up on the coast of Western Australia, in what was then reported to be the country's biggest mass stranding. About 600 pilot whales beached in nearby New Zealand in 2017.