Moon Landing 50th: CBC News takes you inside the landmark mission and its impact

Fifty years ago, the Apollo 11 mission took humans to the moon, capturing imaginations worldwide and sparking a new era of discovery. CBC News is looking back this week at the landmark mission, considering its impact on the world today and exploring Canada's role in the new space economy.

The moon landing in 1969 captured the world's imagination and kick-started a new era of discovery.

Fifty years later, CBC News is looking back at the landmark mission, considering its impact on the world today and exploring Canada's role in the new space economy.

Astronauts Neil Armstrong, Edwin (Buzz) Aldrin and Michael Collins lifted off from Launch Pad 39A at NASA's Kennedy Space Center on the east coast of Florida at 9:32 a.m. ET on July 16, 1969. 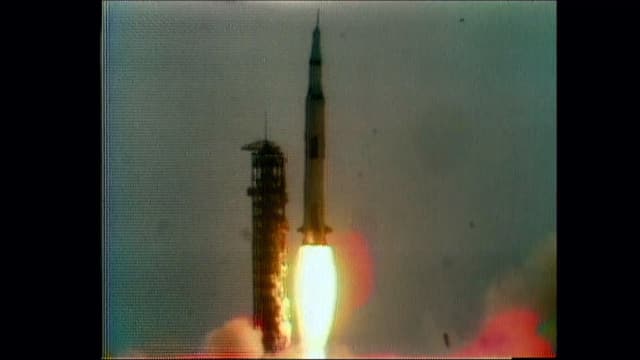 Armstrong became the first person to step on the surface. Aldrin joined him about 20 minutes later. Aldrin returned to the launch pad at the Kennedy Space Center Tuesday morning to mark the anniversary.

Looking back, landing on the moon wasn’t just our job, it was a historic opportunity to prove to the world America’s can-do spirit. I’m proud to serve the country that gave me this historic opportunity. Today belongs to you. We must hold the memory of <a href="https://twitter.com/hashtag/Apollo11?src=hash&amp;ref_src=twsrc%5Etfw">#Apollo11</a> close. <a href="https://twitter.com/hashtag/Apollo50th?src=hash&amp;ref_src=twsrc%5Etfw">#Apollo50th</a>

NASA is commemorating the historic mission with a live broadcast Saturday — the anniversary of the moon landing — after partnering on a series of events across the U.S. earlier in the week. CBC News Network and CBCNews.ca (via livestream) will have special coverage Saturday beginning at 4 p.m. ET. Retired and current Canadian astronauts will also take part in events across the country.

Fly me to the moon

NASA plans to return to the moon and after pressure from U.S. Vice-President Mike Pence, has moved up its launch year to 2024. Some experts are calling the timeline unrealistic.

India wants to take a giant leap in its space program, too. But its dream of a soft landing on the lunar south pole was temporarily deferred Monday when the launch of its second moon mission was aborted less than an hour before liftoff.

While Canada might not be able to compete with larger players in the commercialization of space, the country is still finding ways to get in on the action through unique business ventures.

Prime Minister Justin Trudeau has committed to participating in the Lunar Gateway, a platform from which humans can travel to the moon, an asteroid or Mars.

Space travel takes a physical toll, however, and a Canadian researcher is involved in efforts to create artificial gravity allowing us to spend more time and go further in space.

In fact, the 1969 lunar landing inspired numerous Canadians, many of whom weren't even born at the time, to pursue a career in the space realm. Some astronauts and scientists found particular inspiration in the landing's legacy.

Part of that legacy was in danger of unravelling, until a Canadian software engineer intervened. Toronto-based Ben Feist helped restore the recorded voices of mission control from the moon landing which had previously been inaudible because of old tape formats and decades of cold storage.

Not only did it score Feist a job with NASA, but the audio was synched with archival footage previously unreleased to the public, to become part of the acclaimed 2019 documentary Apollo 11. 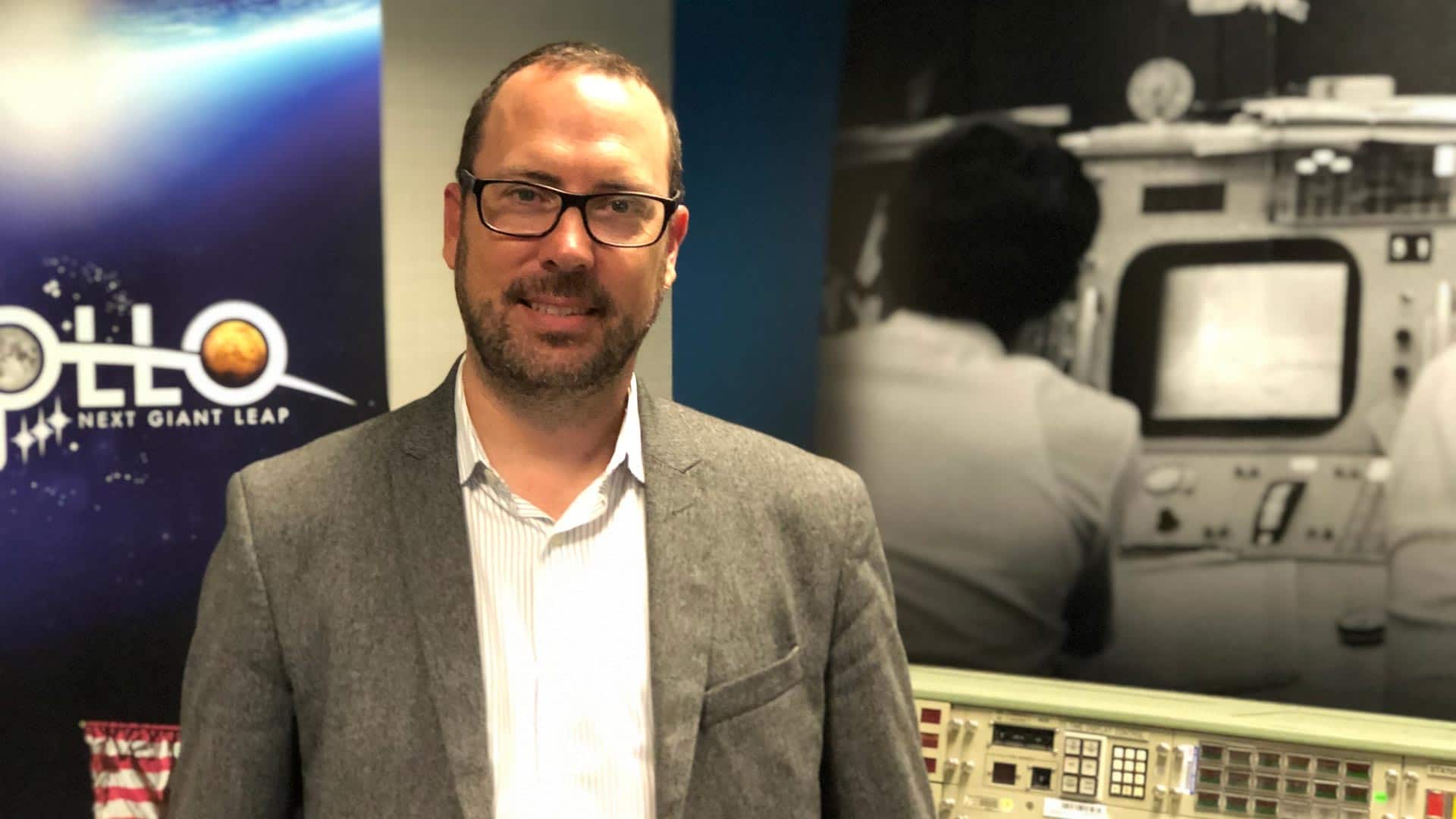 1 year agoVideo
5:02
We visit Apollo Mission Control as it was 50 years ago with the Canadian who helped piece it all together. 5:02

Astronauts sound off on Hollywood

Here are the space travel films that get a thumbs up and a thumbs down, according to astronauts themselves. 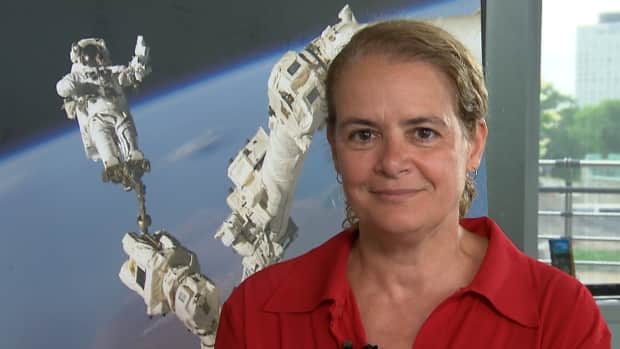 1 year agoVideo
5:39
CBC News spoke to the experts to see which movies have the right stuff when it comes to the great beyond 5:39

But who needs Hollywood when you have the real thing? Sotheby's auctioned off three original, first-generation recordings of the moon landing for $1.82 million US in New York on Saturday. That's more than 8,000 times the price paid for them by a former NASA intern, who bought over a thousand tapes at a government surplus auction decades ago without knowing what was on them. He intended to re-sell them for re-use.

Turns out three of them were first-generation video recordings of the moon landing, which NASA admitted in 2006 had gone missing. The tapes include Armstrong's famous line that was broadcast live: "That's one small step for man, one giant leap for mankind."

Armstrong, who died in 2012 at the age of 82, said after the mission he had been misquoted, that he had intended to — and thought he did — insert an "a" before "man." But he also admitted at a 30th anniversary celebration of Apollo 11 that he couldn't hear it in the audio recordings either.

Listen to the live broadcast of the 1969 moon landing: 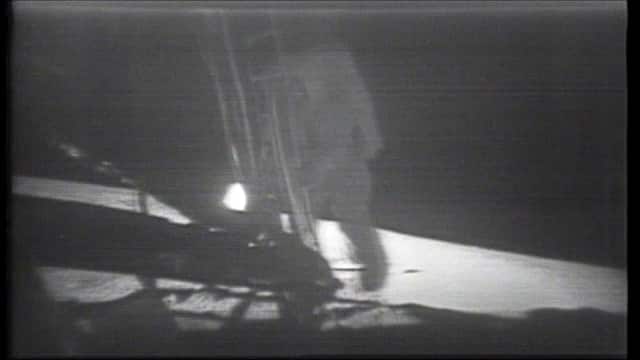 Neil Armstrong and Buzz Aldrin land on the moon

As a result, NASA's official transcript of the landing on its website includes a correction to "honour Neil's intent."

It reads: "That's one small step for (a) man; one giant leap for mankind."

According to a transcript of the news conference held after the landing, Armstrong was asked how he came up with the line.

"I did think about it," said Armstrong. "It was not extemporaneous, neither was it planned. It evolved during the conduct of the flight and I decided what the words would be while we were on the lunar surface just prior to leaving the lunar module."

After the astronauts arrived back with lunar rock samples, one Canadian city became a hotspot for further learning: Sudbury, Ont. Here are some of the lesser-known ways Canada played a role in the ambitious journey.

Clearing up an urban legend

Before Aldrin, Armstrong and Collins returned to Earth, they appeared to follow the same protocol as any other international traveler.

The trio supposedly had to pass through U.S. Customs, signing a general declaration form upon arrival in Honolulu, Hawaii dated July 24, 1969. The "moon" was given as the departure location and "Apollo 11" was recorded as the flight number. As for cargo to declare, it was written: "Moon rock and moon dust samples."

Aldrin shared a copy of the document in 2015 on social media and the U.S. Customs and Border Protection even posted it on its website to mark Apollo 11's 40th anniversary.

However, NASA's chief historian, Bill Barry, told CBC News that while the document is technically "authentic," it wasn't actually filled out by the astronauts. They were in quarantine at the time because of a fear they could have brought unknown lunar germs back to Earth.

Barry said NASA's history division investigated the backstory of the document a few years ago alongside U.S. Customs and Border Protection.

"It was sent to NASA by the Customs Service's District Director in Hawaii and the astronauts' signatures were apparently auto-penned onto the document as a courtesy to the requestor," said Barry.

While many at NASA have believed the declaration to be a gag, historians suggest it might have been an attempt to nab the astronauts' autographs, who were returning as national heroes.

With no wind on the moon, the astronauts' iconic footprints will remain there forever. But that's far from the only reason the landing continues to leave its mark on society.

And the scientific discoveries resulting from the moon samples brought back have helped decode many facets of the solar system.

But Chaikin also said some of the biggest lessons learned from the moon landing have less to do with space and more to do with human behaviour, so much so that Chaikin now teaches NASA engineers about trust, working together and group achievement based on the success of Apollo 11.

"Four hundred thousand people worked together to do something that seemed impossible at the time it was first proposed," Chaikin said. "There are some very powerful lessons in there about collaboration, about being open to ideas that may or may not align with what you think you know."