Microplastics at 'alarming levels' in Canadian lakes and rivers

Microbeads have received a lot of attention as a major water pollutant, but less-discussed microplastics are equally concerning, say Canadian researchers. 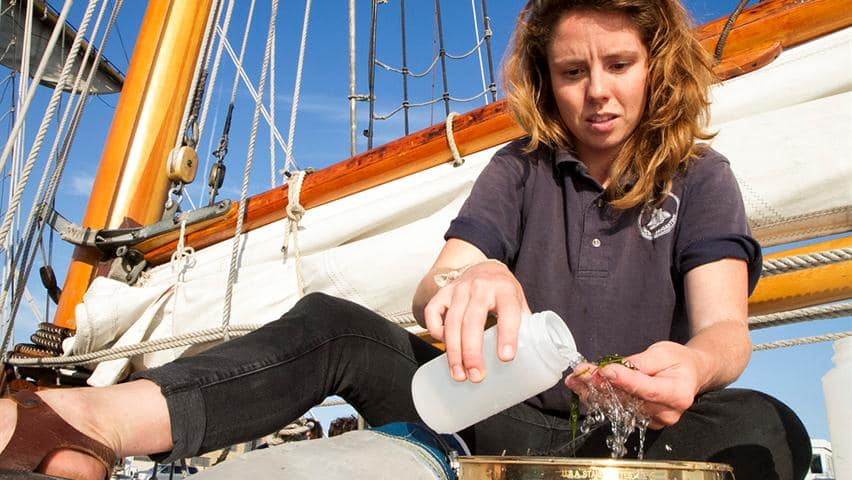 Researcher finds microplastics in every sample of Great Lakes water

Tiny plastic pellets called microbeads have gotten a lot of attention as a major water pollutant, but less-discussed microplastics are equally concerning, according to new research being done in Canada.

"In recent years, they've been detected in a growing number of lakes and rivers worldwide. They're everywhere, and often in alarming levels," said Anthony Ricciardi, a professor at the McGill School of the Environment, who is working on a study about microplastics.

Microplastics are small particles of plastic less than five millimetres in size that are often found in bodies of water near large urban populations. Microbeads, which are used in toothpastes, makeup and body cleansers, are one part of the broader category of microplastics.

Microbeads are "getting all the attention, but they're only one component to this," Ricciardi said. "As time goes on, people are going to realize the importance of the other pieces, too."

A 2014 study of the U.S. Great Lakes by the 5 Gyres Institute found an average of 43,000 microplastic particles per square kilometre. Near cities, the number jumped to 466,000.

Dislodged from clothing in the wash

The plastic particles in the Great Lakes include microbeads, but also come from other sources, such as bits of polymer that detach from clothing when it is washed, as well as granules from industrial abrasives.

Biologist Lisa Erdle with Ontario Streams is taking steps this summer to further the 5 Gyres study by sampling the water off Lake Ontario for microplastics.

Erdle and her crew, made up of volunteer high school students taking part in the Toronto Brigantine sailing program, tow a fine net in the lake to gather samples.

Each sample is 750 ml, and after being gathered, they are sent off to a lab.

Erdle said they've found plastic fibres and beads in every sample they have collected so far. In some samples, the team counted more than 100 pieces of microplastics, which only includes those the researchers could see.

"There are pieces that are even smaller. When we're finished with our collection sample, we'll send it off to the lab and all the things that we can't see will be examined and the final count will be given," Erdle said.

Legislation meant to curb the spread of microbeads is gaining momentum across North America. Several states, including Illinois and California, have already moved forward with a ban.

Although microbeads haven't been banned yet in Canada, the House of Commons voted unanimously in March in favour of moving towards a ban by approving an NDP motion to list microbeads as a toxic substance under the Environmental Protection Act.

Leslie brought forward the House of Commons motion and said microplastics are a more complicated issue that should be addressed in the future.

But she said for now, microbeads should be the focus. "Let's start with microbeads. Let's get them on people's radar."

Ricciardi, who participated in a 2014 study on microbeads in the St. Lawrence River, said the problem with microplastics in general is that their size and buoyancy allows a certain number of them to slip through water treatment filters, which is why they make their way into our waterways and food chain.

One study found that microplastics suck up toxins that can be transferred to aquatic life when ingested, Ricciardi said.

Erdle said research on microplastics is a fairly new field and more analysis is crucial to understanding the true impact of microplastics.

"We don't fully understand the effects of breaking down plastics — what it does to toxins in the water and also what happens to it when it accumulates up the food chain," Erdle said.