A 360-degree panoramic image showing the rocky landscape of Mars has been released by NASA's Jet Propulsion Laboratory. 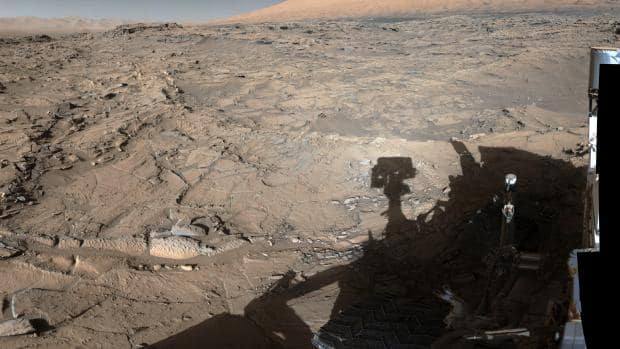 5 years ago
0:42
Curiosity rover snaps shot of the Naukluft Plateau 0:42
A 360-degree panoramic image showing the rocky landscape of Mars was released by NASA's Jet Propulsion Laboratory on Thursday.

The scene was captured by a camera on NASA's Curiosity Mars rover. The panorama was compiled from dozens of images taken on April 4 from the top of a mountain plateau inside Mars' Gale Crater.

Curiosity has been rolling across Mars on a mission to document the planet since its landing in 2012.

The image shows what appears to be sandstone rocks covered with layers of sand. A white balance effect was used to show what the scene might look like under earthly light conditions.
CBC's Journalistic Standards and Practices|About CBC News