A Japanese team has unveiled its lunar rover design on Monday for next year's Google-sponsored Lunar X PRIZE competition. 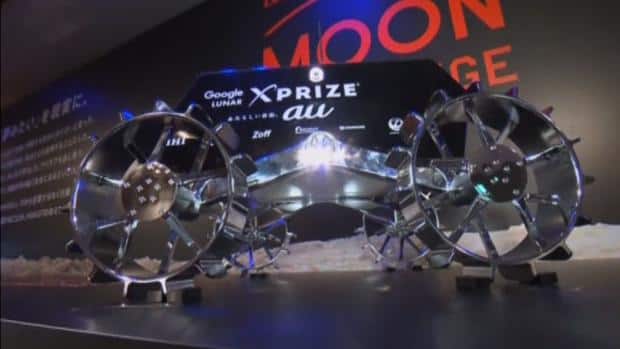 The weight is kept down by using the latest carbon fibre material typically used for aircraft. Each wheel is equipped with motors, allowing for smooth manoeuvrability on the moon's surface.

Google launched its Lunar X Prize competition in 2007 to encourage space entrepreneurs to create a new era of affordable access to the moon.

The competition, which will be held next year, involves landing a privately-funded rover on the moon, which should then travel 500 metres, and transmit back high definition video and images.

The first team to successfully complete the mission will scoop the $20 million US prize.

Hakuto is the only team participating from Japan, and  was formed in early 2008 by a group of experienced space professionals.

Hakuto, which means white rabbit, took its name from a rabbit character in Japanese mythology that lives on the moon.

Hakuto will begin its test run in September at a desert in Tottori prefecture, south of Japan, where the ground closely resembles the lunar surface.