A big test of reusable packaging for groceries comes to Canada

An online store has launched in Ontario selling groceries and household items from Loblaws in containers it will take back and refill — a test of whether Canadian consumers are ready to change their habits. 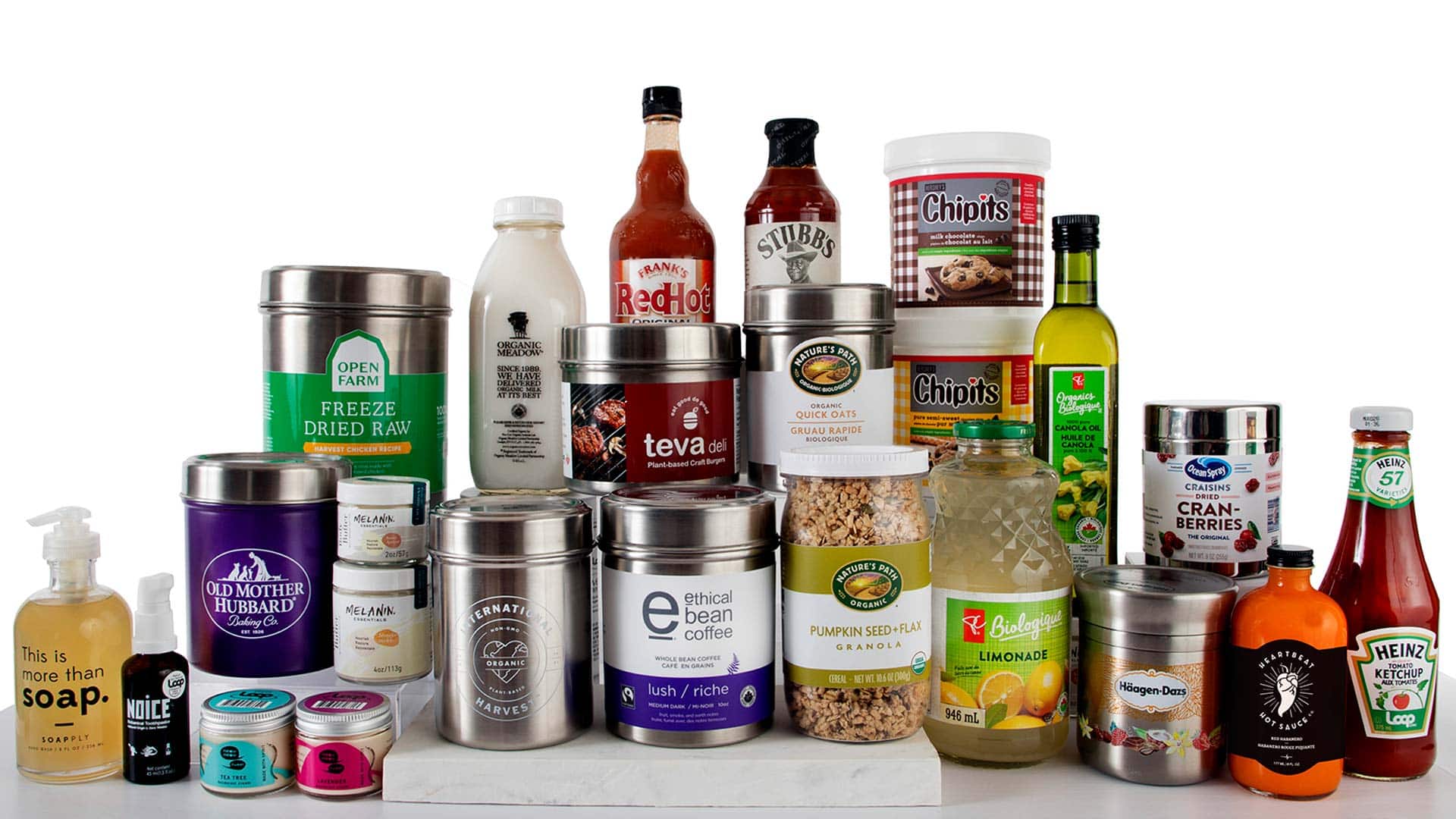 Loop and Loblaws put reusable packaging for groceries to the test

20 days ago
2:07
Loop, an online store selling well-known food brands in reusable, returnable containers, has partnered with Loblaws to put sustainably packaged groceries to the test in Canada. 2:07

An online store has launched in Ontario selling groceries and household items from Loblaws in containers it will take back and refill — a test of whether Canadian consumers are ready to change their habits. Industry-watchers say it is breaking ground for reusable packaging.

The store, called Loop, launched in Canada on Feb. 1, in partnership with supermarket giant Loblaws, and offers items like milk, oats, ice cream and toothpaste for delivery in most of Ontario. Loop is already operating in the continental U.S., the U.K and France.

"The goal is really validating that this is something the Canadian public is interested in," said Tom Szaky, founder and CEO of Loop and its parent company TerraCycle.

The involvement of a huge retailer makes the launch notable in terms of scale and who it will reach, said Tima Bansal, Canada Research Chair in business sustainability at Western University in London, Ont.

"I think it's at the scale that's needed to create the change in the community in Canada more generally," she said.

How it works for customers

Szaky likens Loop to the reusable bottle system for beer in Canada "but expanding it to any product that wants to play in the [North American] ecosystem."

The ultimate goal, he said, is to give people a greener way to consume that limits the amount of mining and farming needed to produce packaging.

"This allows us to greatly reduce the need to extract new materials, which is the biggest drain on our environment."

Loopstore.ca currently lists just 98 products, although many are sold out or "coming soon."

As with other online grocery stores, customers fill their virtual shopping cart, but in addition to the cost of the item itself, they pay a deposit for its container. That can range from 50 cents for glass President's Choice salsa jars like the ones that are normally at the supermarket to $5 for a stainless steel Häagen-Dazs ice cream tub.

The items are delivered to a customer's home by courier FedEx for a $25 fee, although the fee is waived for orders over $50.

Once you've spooned out all the salsa or ice cream or squeezed out all the toothpaste, the container doesn't go in the recycling bin. Instead, you toss them into the tote bag they came in — even if they're dented or damaged — and they get picked up.

"What we're trying to achieve with Loop ... is similar to your recycling bin," Szaky said. "Your recycling bin doesn't care where you bought the package you're putting into it. It just cares that it is recyclable. And that's incredibly convenient."

In the future, Loop hopes to also sell products in reusable packaging in their own section or aisle in the supermarket to "make reuse as easy as absolutely possible," Szaky said. And he expects customers will also be able to return the containers to participating stores. 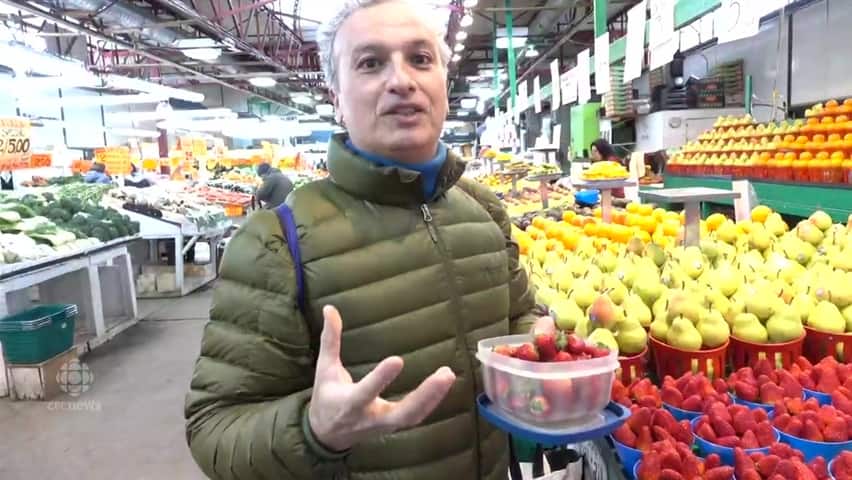 2 years ago
1:42
Tag along at the market with CBC's Elias Abboud as he explains his grocery shopping tricks to reduce waste. 1:42

How it works for manufacturers, retailers

It's Loop's job to manage the waste, Szaky said. All the used containers are sent to a facility where they get sorted, cleaned, and sent back to manufacturers who refill them.

Manufacturers are required to design packaging that can be expected to survive being filled and refilled at least 10 times.

"And if it one day breaks … then the materials have to be recyclable back into that same package," Szaky said.

He noted that making the switch to reusable packaging isn't easy for manufacturers, who have to make big adjustments to their entire production process.

"It's creating a blend of brand new supply chain on a product-by-product, country-by-country basis. So it is a behemoth task."

For example, for Nestlé, developing a new Häagen-Dazs ice cream tub was "about a million dollar project — just that one package," Szaky said.

But he added that 15 of the world's largest retailers and 100 major consumer product companies have signed up, and Nestlé has even invested in Loop.

"The world's biggest organizations … are taking it very seriously," he said.

In Canada, Loblaws is currently Loop's exclusive partner, but Tim Hortons and Burger King are expected to join later this year. For now, Szaky said, they want to make sure the packaging and products are what people want before scaling up to other retailers and provinces.

'The scale that's needed to create the change'

While a handful of small, zero-waste grocery stores have opened up across the country in recent years, up until now there haven't been any reusable packaging initiatives like this involving large grocery chains and food manufacturers.

What's innovative with Loop, said Bansal, is that the would-be waste is moving back through the industrial production cycle.

"That's really new. And at that scale, I think we can start to see changes in consumer behaviour."

However, she noted there will be challenges, as consumers need to pay the deposits and form new habits. And she thinks change will come slowly.

But eventually, she predicts consumers will start to demand reusable packaging.

"I think what makes me really excited about the Loblaw-Loop partnership is that it's coming from industry," she added. "I have more hope with this than if it were a government-imposed solution."

2 years ago
22:30
Plastic packaging out of control at your supermarket? We challenge two families to help us uncover why supermarkets aren't doing more to reduce plastic waste. 22:30

"It's exactly the type of reuse and refill model that we need," she said. "It's really wonderful that big-name companies that have the resources to invest in developing this type of product delivery system are doing so."

She added that once the system is proven, she thinks smaller companies will be able to get funding to develop similar systems.

However, she said ultimately, reusable containers can't just be optional for those products.

"If they truly want to commit and be a part of moving forward to real solutions, these options need to replace their product lines that are in single use containers and packaging."