The Great Barrier Reef: 5 fascinating things about it

The corals of the Great Barrier Reef have sex only once a year - and only when there is a full moon. Here are 5 facts that will change your perspective on the largest living structure in the world.

"The first time I put on a mask and went below the surface and moved in three dimensions just with the flick of my fin and suddenly saw these amazing multi-coloured things of unforgettable beauty," remembers Attenborough,who claims it was the most magical moment of his life as a naturalist.

Attenborough, best known for hosting BBC's Life series of natural history programmes, recently returned to the reef to reveal new secrets of this hidden world in a new three-part series that debuts on CBC-TV tonight.

This time, he explored the reef with the help of the Alucia, a 56-metre state-of-the-art research and exploration vessel equipped with a Triton submersible. 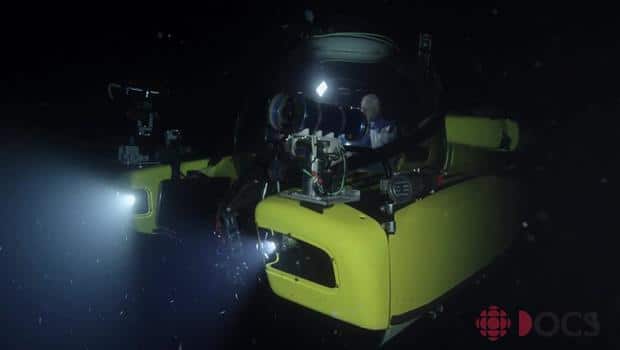 Here's a glimpse at few of the interesting facts about the Great Barrier Reef he uncovers:

The Great Barrier Reef is an underwater city built by jellyfish-like animals.

The largest living structure on earth, the Great Barrier Reef is actually built by tiny creatures called coral polyps. They extend their tentacles out of their limestone homes at night to feed on clouds of tiny microorganisms called zooplankton drifting in the sea. They extract calcium carbonate from the surrounding seawater and use it to build their homes.

It's an underwater city on a scale that's impossible to comprehend. Like rainforests, coral reefs are home to the most diverse communities of animals on the planet. Life on the reef evolves 50 per cent faster than in other marine environments. 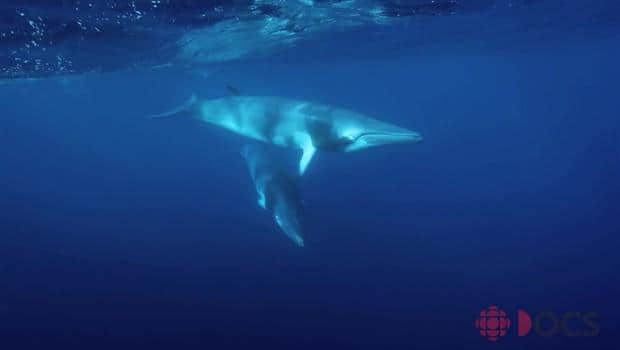 5 years agoVideo
0:47
Minke whales were known as "the silent whale" until their elusive calls — playfully dubbed "the Star Wars sound" — were finally recorded. 0:47

Each year, the Great Barrier Reef attracts over a million migrating animals who visit to refuel and re-calibrate. Everything from tiger sharks to turtles use the earth's magnetic field to navigate back to the same place.

Manta rays travel hundreds of kilometres from up the coast to gather at Lady Elliot Island for a little pampering. Wrasse, a small fish with a strip running from head to tail, perform a vital service by removing the dead skin and parasites from outside and inside the manta ray's bodies.

Dwarf minke whales, small mammals that are believed to live a solitary life in the ocean depths, visit for an annual reunion to socialize and find new mates. They sing a special song that scientists have discovered is related to courtship.

A coral reef may look quiet and peaceful, but it's surprisingly noisy.

Like birds, fish vocalize the most at dawn and dusk. Healthy reefs are surprisingly noisy places as seahorses click to find mates and damsel fish croak to defend their territory, all over the constant sound of parrot fish munching on hard coral. Underwater, the fish hear the sound as vibration.

The more clicks, grunts and snaps, the more varied and numerous the reefs inhabitants are — a key sign that the community is in good shape. Researchers are now studying whether sound is what attracts new fish to set up a home there.

The corals have sex once a year under a full moon.

Discovered in the 1980s, the corals' annual spawning is the one time of year when corals reproduce sexually. Vital to the survival of the reef, this big event happens within days of the full moon in either October or November.

Scientists speculate that it could be triggered by the light of the moon, the temperature of the water or the state of the tides. It's an incredible sight as fish and other predators gather to feast on small bundles of sperm and eggs that bulge from the coral polyps.

By daybreak, great ribbons of coral spawn have drifted over the surface of the sea for hundreds of kilometres along the coast signalling a new phase of reef-building.

The Great Barrier Reef has grown back many times after being drowned or exposed.

Through computer modelling and deep sea surveying, scientists have learned that the reef running along Australia's eastern coast has been exposed and flooded no less than four times already.

Most recently, the Great Barrier Reef re-generated only 10,000 years ago at the end of the last ice age. The rate of change was so fast that coastlines moved back by hundreds of metres a year, a fact verified through the folk tales of the Gimuy Walubarra Yidinji, an aboriginal tribe that has made its home next to the reef for thousands of years.

But present day threats from climate change may be happening even faster. We've lost 50 per cent of the Great Barrier Reef since the 1980s and David Attenborough fears that it may disappear under our watch.