Mystery of hundreds of elephant deaths in Botswana solved

The sudden deaths of some 330 elephants in northwestern Botswana earlier this year may have occurred because they drank water contaminated by toxic blue-green algae, the government announced Monday.

Toxic algae blamed, but mystery remains about why only elephants, not other animals, were affected

The sudden deaths of some 330 elephants in northwestern Botswana earlier this year may have occurred because they drank water contaminated by toxic blue-green algae, the government announced Monday.

The elephants in the Seronga area died from a neurological disorder that appears to have been caused by drinking water tainted by "a toxic bloom of cyanobacterium in seasonal pans (water sources) in the region," said Cyril Taolo, acting Director of the Department of Wildlife and National Parks.

The unexplained deaths ceased after the water pans dried up, said Taolo, in a press conference in Gaborone, the capital.

No other wildlife species were affected by the toxic water in the Seronga area, close to Botswana's famed Okavango Delta, said Taolo. Even scavengers, like hyenas and vultures, observed feeding on the elephant carcasses showed no signs of illness, he said.

With an estimated 130,000 elephants, Botswana has the world's largest population of the pachyderms which attracts international tourists.

After the mysterious deaths of the elephants in the Seronga area, the government conducted extensive tests to determine the cause of the fatalities. Both male and female elephants of all ages died, with clinical signs limited to neurologic symptoms, said Taolo. The deaths happened mainly near seasonal water pans and did not spread beyond the initially affected region, he said. 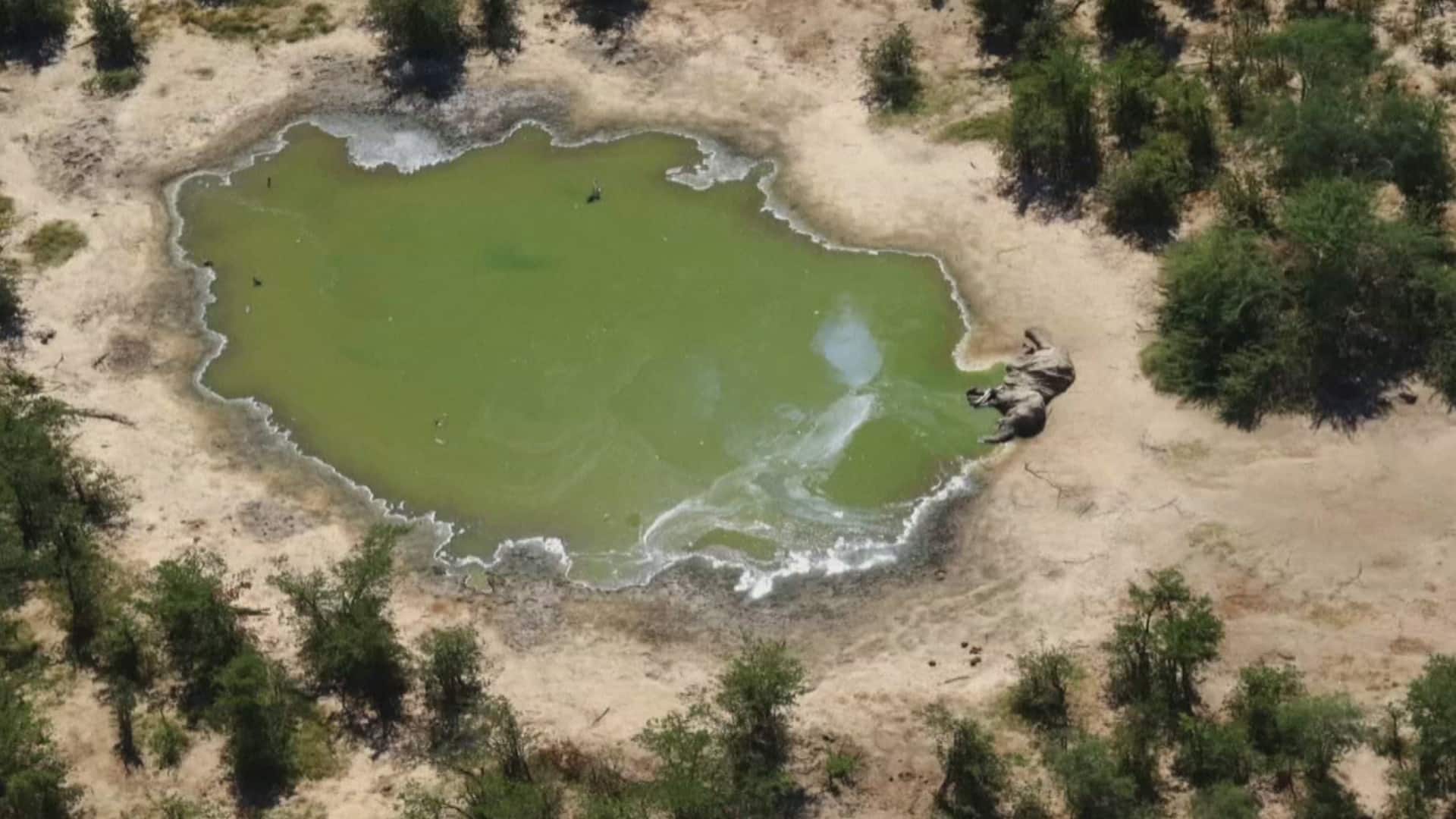 4 months ago
1:01
WARNING: Graphic images that may be disturbing to some. Botswana authorities are investigating what has killed 275 elephants in recent months. 1:01

Taolo maintained neurotoxins from cyanobacteria living in contaminated water could have affected the transmission of neurologic signals within an animal, causing paralysis and death, predominantly related to respiratory failure.

"Neurologic signs were reversed in an animal receiving an opiate antagonist during field immobilization, suggesting the clinical signs arose from some process affecting the animal's neurologic receptors," said Taolo.

He, however, could not explain why these toxins did not affect any other animals drinking the affected water. He also ruled out human efforts like anthrax, poaching and sabotage.

"A monitoring plan of seasonal water-pans on a regular basis to track such future occurrences will be instituted immediately and will also include capacity building to monitor and test for toxins produced ... by cyanobacteria," said Taolo.