Even Texans, whose state has made its living from drilling for oil, are begining to worry that fracking may be causing earthquakes, Keith Boag reports. 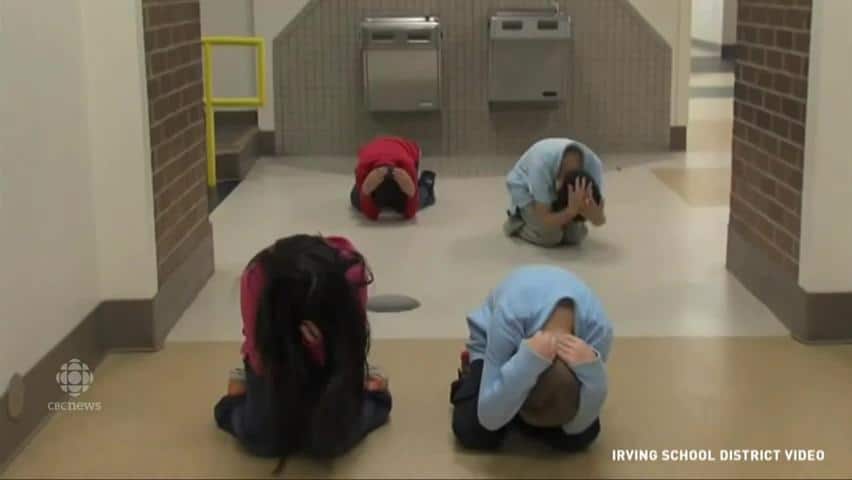 6 years ago
0:35
Abigail Gaona, 7, talks about the earthquake drills she learned at school 0:35

Senaida Martinez throws her head back and points a finger up.  She makes her way carefully around her kitchen table, eyes fixed above, finger tracing in the air the long winding route of a thin fracture that runs across the ceiling and out into the hallway.

"This one was old. We patched it up. But then it got opened again, so that’s new," she says.

The new crack doesn’t bother her; the house is old and besides she’s only renting it.

But it means there’s been another earthquake, and that’s starting to get on her nerves.

There have been dozens of earthquakes in the past few months. They now average about one a day, although some days bring many more.

Martinez says she recently felt 12 earthquakes in one day.

They’ve all been small, usually less than magnitude 3.0, the kind of earthquakes Californians shrug off all the time.

But Martinez lives in Irving, Texas, known for floods, hurricanes, tornadoes and wildfires, not earthquakes.

So something has changed to suddenly set the ground trembling. Martinez thinks it’s the stepped-up fracking.

Is fracking to blame?

Fracking is the hydraulic fracturing of rock and shale with millions of litres of high-pressure water mixed with chemicals to help unlock the oil and gas underground. It has led to an impressively bankable energy boom in Texas and other parts of the United States.

The wastewater from fracking is injected into disposal wells. Geophysicists say if that water finds its way into an underground fault it can lead to the fault slipping, possibly resulting in an earthquake.

It’s not clear whether that’s happening in Irving, but the possibility has raised further questions in the Martinez household.

Senaida Martinez says the earthquakes may be a tipoff that underground chemical-laden wastewater from fracking is not only slipping into fault lines but also seeping into the groundwater. 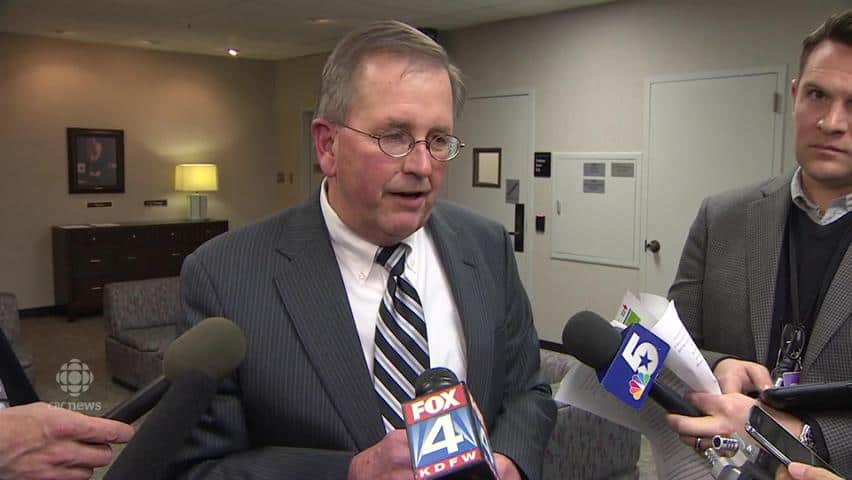 6 years ago
1:14
Seismologist Brian Stump briefs reporters on the recent earthquakes in Texas and their possible link to fracking 1:14

The minor trembles are one thing, she says, "but I’m more concerned with our health. The drinking water."

Martinez was among the standing-room-only crowd at an Irving City Hall forum this month where the headline attraction was an unglamorous seismologist named Brian Stump.

Stump gave a presentation with dry, heavily qualified answers to the blunt question about what’s causing the earthquakes and said he is doing more research.

But he allowed that what’s happening isn’t routine and called it an "earthquake swarm." About a fracking connection, he said, "it’s possible and it’s plausible."

Kelly Kunst, an Irving resident with deep suspicions and an internet connection, came to the meeting armed with data about wastewater injection wells.

Another woman raised the possibility of carcinogens in the water supply, "Please. Give us some answers," she pleaded.

Officially, Irving City Council is still investigating the causes and consequences of the earthquake swarm. But Mayor Beth Van Duyne’s public musings have been of the "que sera, sera" variety.

"Mother Nature is a funny thing; look how much damage hail does to roofs," she offered to a reporter who asked her opinion of the earthquake swarm.

The oil and gas industry, not daring to challenge the science at least until the scientists are done sorting it out, nevertheless suggests media hype is at the core of the problem.

Steve Everley, an energy policy consultant who was once an adviser to former Republican House Leader and cheap-gas booster Newt Gingrich, says the very word fracking is "headline bait — the F-word, right? It sounds like something you wouldn’t want to say to your grandmother."

By all means let the science proceed, he says, but remember, "ever since the first oil well was drilled there have been critics."

Meanwhile Senaida Martinez’s three young daughters are getting earthquake training at school (duck, cover and find something to hang onto).

The City of Dallas is rushing to come up with an emergency management plan for bigger earthquakes.

And Stump, the seismologist, has directed a team to plant a couple of dozen special probes around the Dallas Irving area to record the quakes and try to get it all figured out before something really bad happens, if it hasn’t already.