Some researchers aim to learn more about how the coronavirus is transmitted by trying to make invisible sneezes, coughs and breaths more visible. Here's a closer look at that research and what it might reveal.

This is an excerpt from Second Opinion, a weekly roundup of eclectic and under-the-radar health and medical science news emailed to subscribers every Saturday morning. If you haven't subscribed yet, you can do that by clicking here.

The coronavirus that causes COVID-19 spreads through droplets that we spew as we breathe, talk, cough and sneeze — so tiny that they're invisible to the naked eye.

That's why questions remain about the virus's transmission and what precautions need to be taken to curb its spread as governments begin to lift restrictions. Will it help if everyone wears a mask? Is keeping everyone two metres apart far enough?

Some researchers aim to learn more about transmission by trying to make invisible sneezes, coughs and breaths more visible. Here's a closer look at that research and what it might reveal.

How do scientists think COVID-19 is transmitted?

According to the World Health Organization, the disease spreads primarily through tiny droplets expelled when a person infected with SARS-CoV-2 sneezes, coughs, exhales or spits while talking. They can infect another person who:

Benedetta Allegranzi, the WHO's technical lead for infection prevention and control, told journalists on July 7 there was evidence emerging of airborne transmission of the novel coronavirus, but that it was not definitive.

"The possibility of airborne transmission in public settings — especially in very specific conditions [like] crowded, closed, poorly ventilated settings that have been described — cannot be ruled out," Allegranzi said.

"However, the evidence needs to be gathered and interpreted, and we continue to support this."

WHO was responding to questions raised by 239 scientists in 32 countries in an open letter calling on health authorities "to recognize the potential for airborne spread of COVID-19."

The UN health agency plans to publish a scientific brief summarizing the state of knowledge on modes of transmission of the virus.

Maria Van Kerkhove, technical lead on the COVID-19 pandemic at the WHO, continues to recommend a combination of measures to prevent transmission.

The WHO says it's important to stay "more than one metre away" from a person who is sick.

The Public Health Agency of Canada recommends staying a distance of at least two metres or two arms' lengths away, not just from people who are sick but from all people you don't live with.

Why is 2 metres the recommended distance for preventing transmission?

Scientists in the 19th century showed respiratory droplets from a person's nose and mouth can carry micro-organisms such as bacteria and viruses.

Then, in 1934, W.F. Wells at the Harvard School of Public Health showed that large droplets (bigger than 0.1 millimetre) tended to fall and settle on the ground within a distance of two metres, while smaller droplets evaporated and the virus particles left behind could remain suspended in the air for a long time.

Wells proposed that could explain how diseases are transmitted.

Since then, respiratory diseases have been divided into those transmitted via droplets (usually from close contact) and those that are airborne and can spread over longer distances, such as measles or tuberculosis.

Such tiny particles are presumably pushed around by air currents, but can't move easily due to air resistance. So their actual movements haven't been well modelled or measured, said Lydia Bourouiba, professor and director of the Fluid Dynamics of Disease Transmission Laboratory at the Massachusetts Institute of Technology.

"And that's why the notion of airborne [transmission] is very murky," said Bourouiba, who is Canadian.

Why don't experts think the virus is airborne?

A pair of recent studies raised the notion of airborne transmission, but Mark Loeb, a professor at Hamilton's McMaster University who specializes in infectious disease research, cautions against putting too much stock in them.

Researchers found traces of RNA from SARS-CoV-2 in washrooms and some high-traffic areas in hospitals in Wuhan, China, and in Nebraska, and suggested it got into those areas through the air, though there was no evidence the particles were still infectious.

Loeb said that's just a "signal" that part of the virus was there.

"Does it mean that COVID-19 is spreading from person to person through aerosols? I would say definitively not," Loeb said. 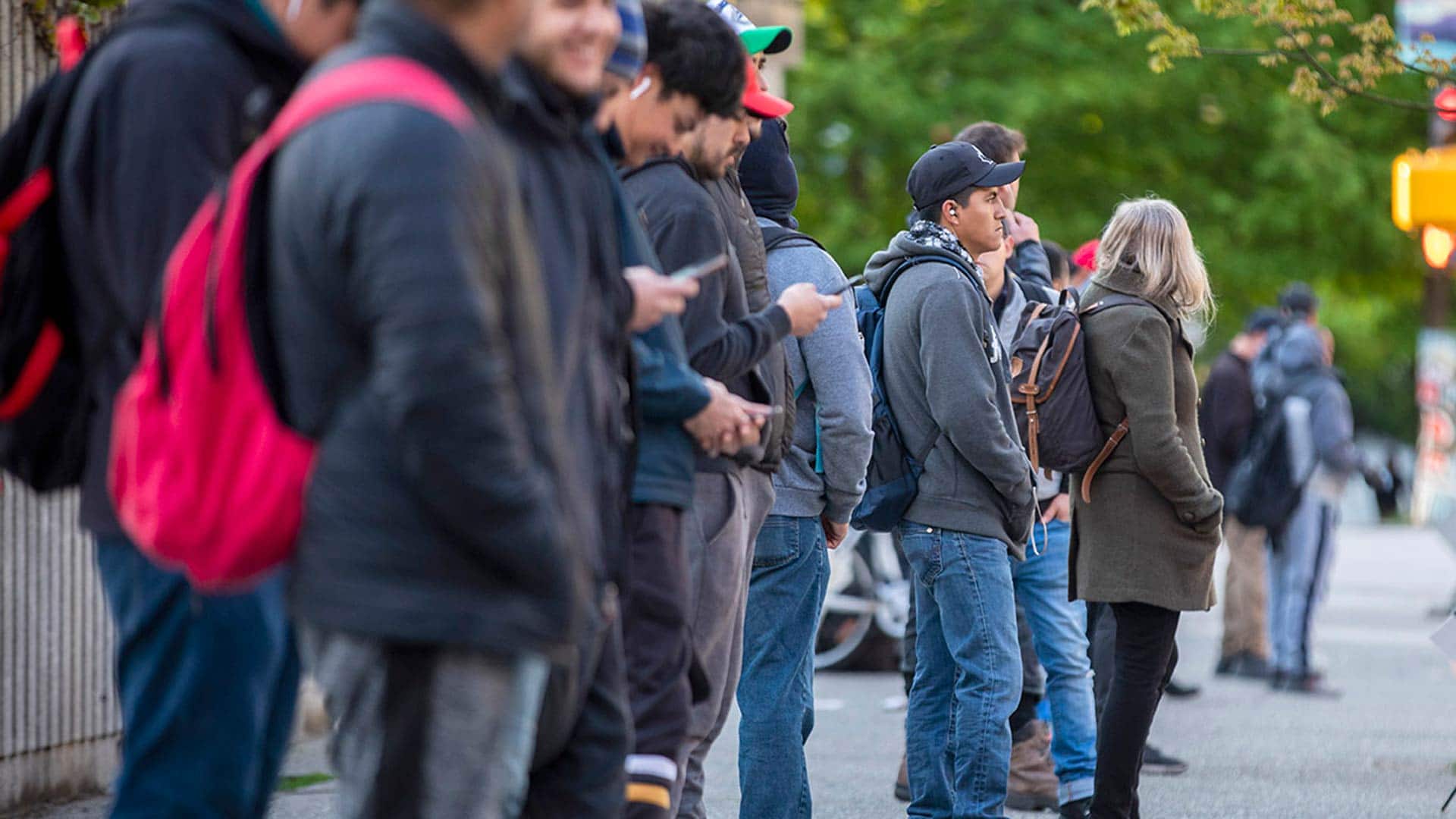 7 months agoVideo
1:59
Infectious disease experts say research that found pieces of coronavirus suspected to have travelled through the air showed no evidence that those particles were still infectious. 1:59

If the virus were airborne, we'd know by now, said Dr. Allison McGeer, an infectious disease specialist with Sinai Health in Toronto who is leading a national research team studying how COVID-19 is transmitted.

The fact that they're not is a contrast to what would happen if the virus remained infectious in the air for hours even after an infected person left the room — which is part of what makes diseases like measles so contagious.

But even in that scenario, the degree to which those particles are infectious hasn't been yet proven — and it's a very different scenario than what people are facing in the community.

"You and I don't have to worry walking down the street that we're going to be breathing the air of somebody who walked down the street five minutes ahead of us who had COVID-19 and didn't know it," said McGeer, "That we can be confident about."

McGeer said to focus on taking precautions against the certainties.

Is there evidence the virus could be spread farther than 2 metres?

Some studies, including Bourouiba's, show that droplets from coughs and sneezes can, in fact, travel much farther than expected. Bourouiba's high-speed imaging measurements and modelling show smaller respiratory droplets don't behave like individual droplets but are in a turbulent gas cloud trapping them and carrying them forward within it. The moist environment reduces evaporation, allowing droplets of many sizes to survive much longer and travel much farther than two metres — up to seven or eight metres, in the case of a sneeze.

She said the research "is about revealing what you cannot see with the naked eye."

A more recent Canadian study used a "cough chamber" to show that if someone coughs without covering their mouth, droplets from the cough are still travelling at a speed of about one kilometre per hour when they hit the two-metre edge of the chamber. Within the chamber, droplets remained suspended for up to three minutes.

WATCH | The speed and distance travelled by droplets from a cough

Dr. Samira Mubareka, a virologist at Sunnybrook Hospital in Toronto who co-authored the study, said it "gives you a sense of what the possibilities are," but noted that the researchers, who were studying flu patients, detected very little virus in the droplets.

What does that say about the 2-metre guideline?

Bourouiba says her research points to the potential for exposure beyond two metres from someone who is coughing and sneezing. As she wrote in the journal JAMA Insights in March, that means it's "vitally important" for health care workers to wear high-grade personal protective equipment in the form of respirators even if they're farther than two metres away from infected patients.

However, she does think two metres can be far enough for healthy people in the general public in most environments, since breathing and talking don't propel droplets and surrounding cloud too far.

Mubareka stands by the two-metre guideline despite the findings of her cough chamber study.

Despite dramatic images of respiratory droplets being propelled from someone's nose and mouth, it's not yet clear how many of them contain virus and how many are infectious.

"And that's really the key variable — that's what really determines your risk," she said. "Those are the kinds of things we haven't been able to measure." That may change, she added, with the recent invention of particle samplers designed specifically for viruses.

Loeb of McMaster, notes that a cough chamber and similar laboratory setups are highly artificial settings and controlled environments.

"They're basically saying what's theoretically possible," he said. "I think those are provocative and those are hypothesis- generating, but then they need to be tested in the field."

Loeb is running such a field test himself — a randomized controlled trial of the use of medical versus N95 masks among health care workers to see if there is a difference in the transmission of COVID-19.

But are coughing and sneezing all we need to worry about?

That's a question on a lot of people's minds, given that a growing number of studies have shown asymptomatic and pre-symptomatic transmission is possible, especially among those who live with an infected person.

Even though researchers aren't sure exactly how people without symptoms transmit the disease, the new evidence has prompted both U.S. and Canadian officials to suggest apparently healthy people wear masks in public to protect others — "because it prevents you from breathing or speaking moistly on them," Prime Minister Justin Trudeau famously explained.

"People generate particles when they're talking, singing, breathing — so you don't have to necessarily be coughing," Mubareka said. "It's just that maybe the dispersion is a little bit more limited."

WATCH | The droplets produced when someone speaks with, and without, a mask 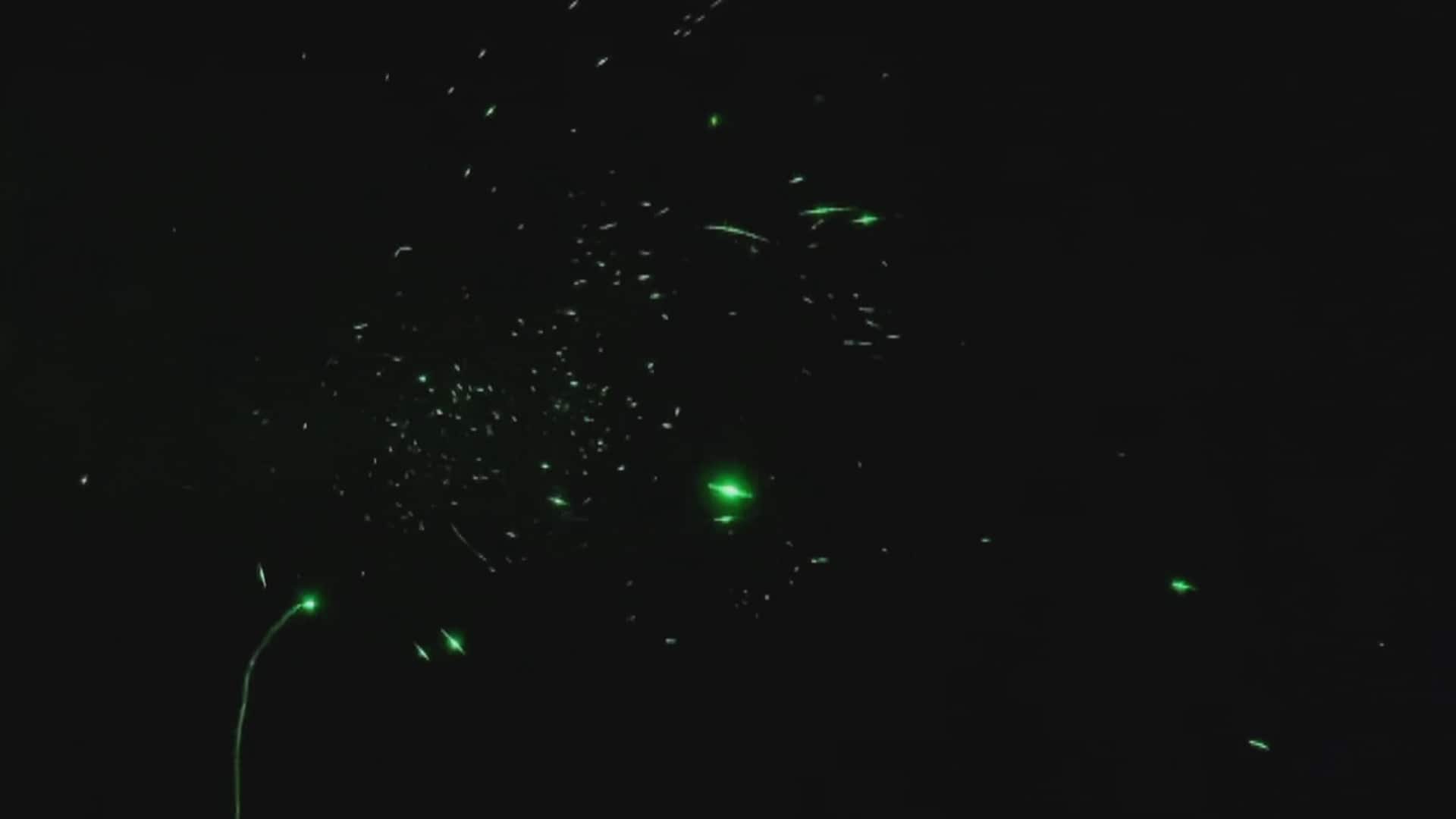 7 months agoVideo
0:42
This video, from a study published in April 2020 the New England Journal of Medicine by researchers at the U.S. National Institutes of Health, uses laser light scattering to show droplets produced when someone speaks. 0:42

A recent brief video and report by U.S. National Institutes of Health researchers used lasers to show that droplets projected less than 10 centimetres when someone says the phrase "Stay healthy." It found the louder someone spoke, the more droplets were emitted.

But they were dramatically reduced if a damp washcloth — a stand-in for a mask — was placed over the speaker's mouth.

So what about using masks to curb the spread of COVID-19?

Studies have already provided evidence that the rate at which sick people shed the virus into their surroundings is reduced when they wear a mask.

Other studies, such as a 2009 paper in Journal of the Royal Society Interface, use imaging to show how wearing a mask while coughing reduces the jet of air that's normally directed forward and down. A surgical mask "effectively blocks the forward momentum of the cough jet and its aerosol content," the study found. Some does leak out the sides, top and bottom, but without much momentum.

The World Health Organization recommends that people wear masks if they are coughing and sneezing or if they are caring for someone who is sick.

It notes that studies haven't been conducted yet on whether or not transmission is reduced when healthy people wear masks in public, but it encourages countries to look into that.

Many governments haven't waited. Los Angeles, Italy and Austria are among the places that have begun requiring customers to wear masks while shopping.

The Public Health Agency of Canada advises people to consult their local public health authority for the latest assessment of the risk of coronavirus exposure in your area, and current advice and recommendations tailored to the local situation.