Compostable plastics often go to landfill. Here's one venue that gets them composted

Certified compostable plastic cups, cutlery and other packaging are not, in fact, composted by most residential organics programs in Canada. Here’s how some businesses and commercial composters are making sure those products stay out of the landfill and go back to the soil.

Certified compostable plastic cups, cutlery, coffee pods, clamshell containers and other packaging may be touted as greener options at the grocery store, but they're banned from most residential organics programs in Canada, a recent Marketplace episode showed. That means many of them end up in landfills, where they can take a long time to break down and generate the potent greenhouse gas, methane, when they do.

The good news is that while you typically can't put them in your green bin for curbside pickup, some of these compostable plastic products are being composted in Canada by composting facilities that deal with organic waste from commercial and institutional buildings, and even some condo and apartment buildings.

One example is the National Arts Centre in Ottawa, a venue owned by the federal government that has four halls and can accommodate up to 4,000 people at a time. Last summer, it switched all its dishware and cutlery to compostable options, including paper and sugarcane fibre cups and containers, as well as PLA (polylactic acid) bioplastic drinking cups, coffee cup lids, forks and spoons, and salad bowls and their lids. (PLA is typically made from corn kernels in North America.)

Composting these items has diverted over half a million pieces of waste from the landfill so far, estimates Nelson Borges, the facility's general manager of food and beverage.

The National Arts Centre also gets back some of the finished compost for its rooftop garden, where it grows saffron and raises bees in two hives.

"We're using it, turning it back into compost that now fertilizes our plants," Borges said. "So yeah, there's a way to do this."

That said, it wasn't as easy as it sounds. Here's how the NAC did it.

Borges first started working on the problem in 2018, after then-environment minister Catherine McKenna announced the federal government would eliminate unnecessary single-use plastics from its operations.

Glass and metal weren't options for safety reasons, since the NAC now allows patrons to drink in its concrete-floored concert halls, including on the balconies. But that has also greatly increased the number of drink cups that customers use.

Borges started looking for compostable alternatives and approached the NAC's waste hauler and processor, Tomlinson Group, to ask if they would compost it.

"Well, no, you can't just do that," was the response he got, he recalled.

Borges worked with Tomlinson Group and the Compost Council of Canada to source compostable products certified by the U.S.-based Biodegradable Products Institute (BPI) and designed to be 90 per cent broken down within 84 days under industrial composting conditions without leaving behind any contaminants.

With coffee cups and lids, it was easy, as the coffee vendor in the NAC's lobby, Equator Coffee, already used certified compostable containers. They just weren't being composted until then.

With other things, Borges found that the cost of things like wine glasses roughly doubled to 12 cents.

"In a sense, it's not a lot," he said, noting that the extra six cents can easily be passed on to the customer if necessary.

The cost of processing wasn't expected to change — it would just switch from recycling to composting.

Finding certified compostable products was only half the challenge, though.

"Not everything BPI-certified will really break down in every composting process," explained Lee Timmins, manager of technology and landfill for Tomlinson Group. "Every facility can be a little bit different."

So, starting February 2019, the company tested the NAC's products at their composting plant near Kingston, Ont.

During a tour of the facility last week, Timmins showed CBC News what some of the cutlery used by NAC looks like after sitting in huge "windrows" — or mountains of steamy compost — for two weeks. He bent it slightly to show what happens: "It crumbles apart in your hands."

In contrast, he showed what another brand of fork sold online as biodegradable looks like after three weeks — still easily recognizable as a fork and still flexible: "Not breaking down at all."

The NAC's products composted as advertised, completely disappearing into the compost within weeks. But even then, there were more logistics to worry about.

WATCH: Lee Timmins shows how compostable plastic breaks down (or not) 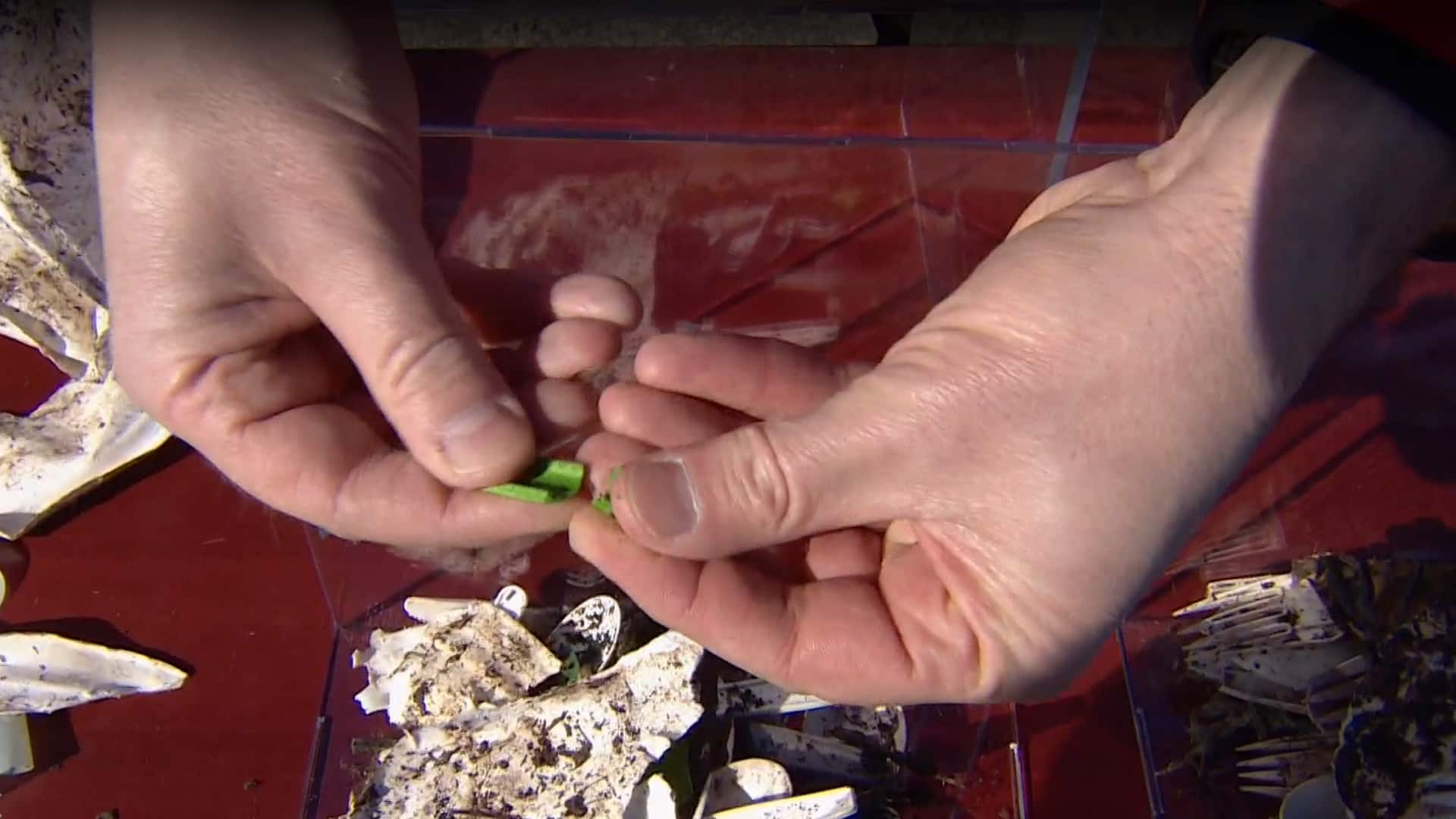 The NAC had to change all its waste bins and signage and train its staff to encourage patrons to put compostable products in the right bins.

"The hardest part of this whole thing was to get the people to learn and do this properly," Borges said.

The arts centre finally announced the switch last spring and officially started offering the compostable products to its customers on Aug. 19.

Next: Other facilities, but not necessarily homes

Since then, Borges has been inundated with requests for tours and calls from other businesses and facilities — from malls to municipalities — interested in making the switch to compostable products. He's been referring some of them to Tomlinson Group, but some are in other parts of Canada.

Meanwhile, Tomlinson is proceeding slowly with the expansion of its composting program. Timmins said the key to the NAC's success is the fact that it includes only a short list of products that have been tested specifically at Tomlinson's composting facility. "So there's really good source control."

Timmins added that there's a "great spot" for compostable plastics at places like festivals or restaurants, although each one would have to have their own products tested.

"We've tested a lot of different supposedly compostable plastics and very few of them were actually useful." 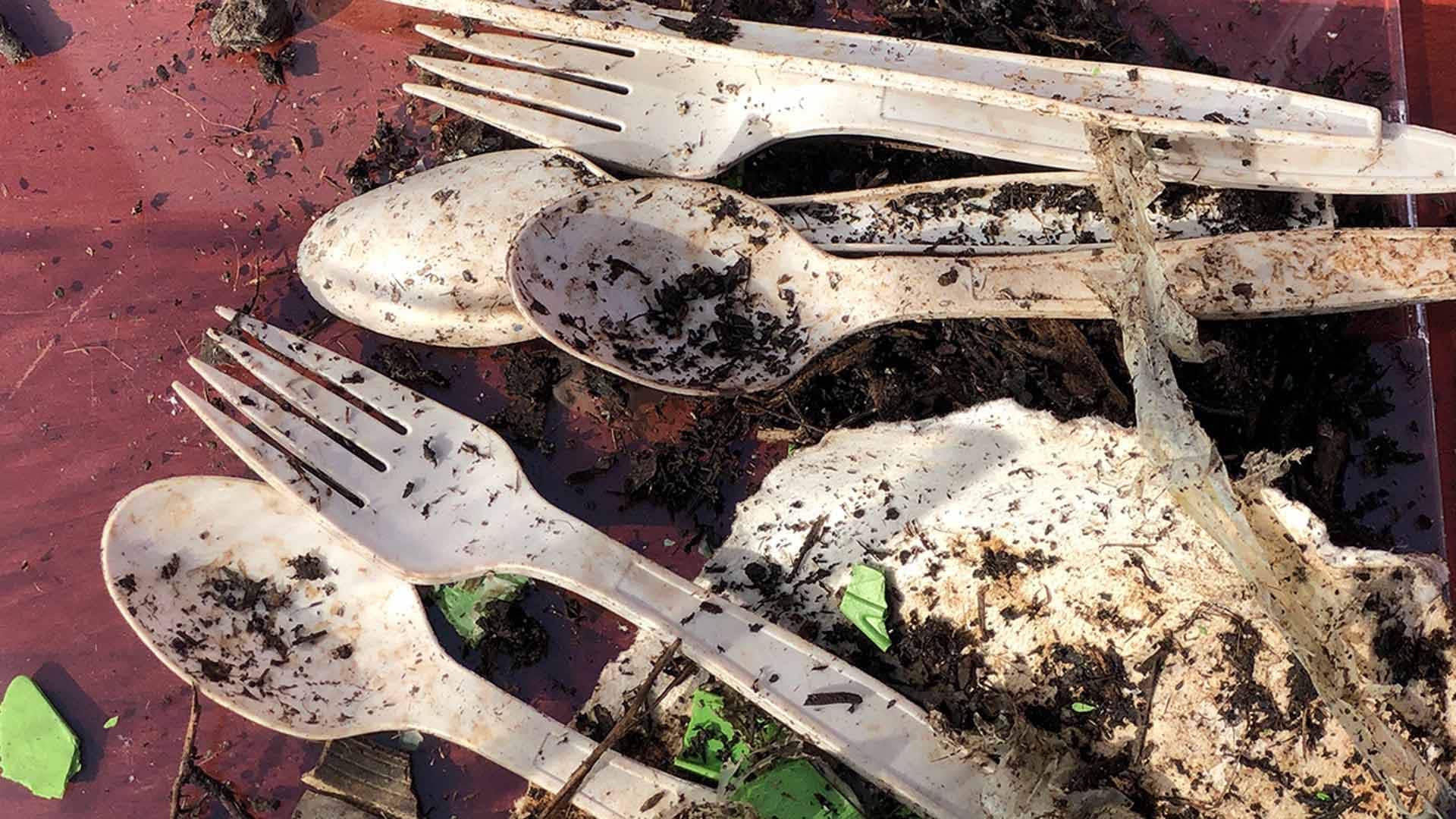 The problems with compostable plastic

11 months agoVideo
2:38
Many compostable plastics in Canada end up in the landfill because most municipal compost programs can’t process the products. 2:38

But what about residential green bin waste? Tomlinson processes organic waste from homes for the City of Kingston, but for now it doesn't allow any certified compostable products except plastic bags.

Stephanie Tessier, vice president of business development for Tomlinson Group, said the problem is that it's really hard for the public to tell which plastics are compostable, given the number of products on the market and the confusing claims on their packaging. (For example, "compostable," "certified compostable" and "biodegradable" all mean different things, and none of them are necessarily compostable at any given compost facility.) The industry has not stepped up with an easy identification method.

Timmins isn't sure whether compostable plastics will ever be viable in municipal composting programs: "I think the jury's still out on that."

Even with businesses and facilities, Tomlinson may be slowly expanding, but may have to limit composting plastics in the future, as there needs to be a minimum proportion of traditional organic matter such as food waste to compostable plastic in order for it to break down in the composting process.

"We haven't figured out what that final tipping point is," Timmins said.

Still, he notes that there's growing interest from businesses that want to switch to more sustainable packaging. In fact, he recently got a call from a cannabis company asking about testing some of its packaging at Tomlinson's facility.

"It's definitely a space that's going to grow."