The coronavirus pandemic is expected to drive carbon dioxide emissions down six per cent this year, the head of the World Meteorological Organization (WMO) said on Wednesday, in what would be the biggest yearly drop since the Second World War. 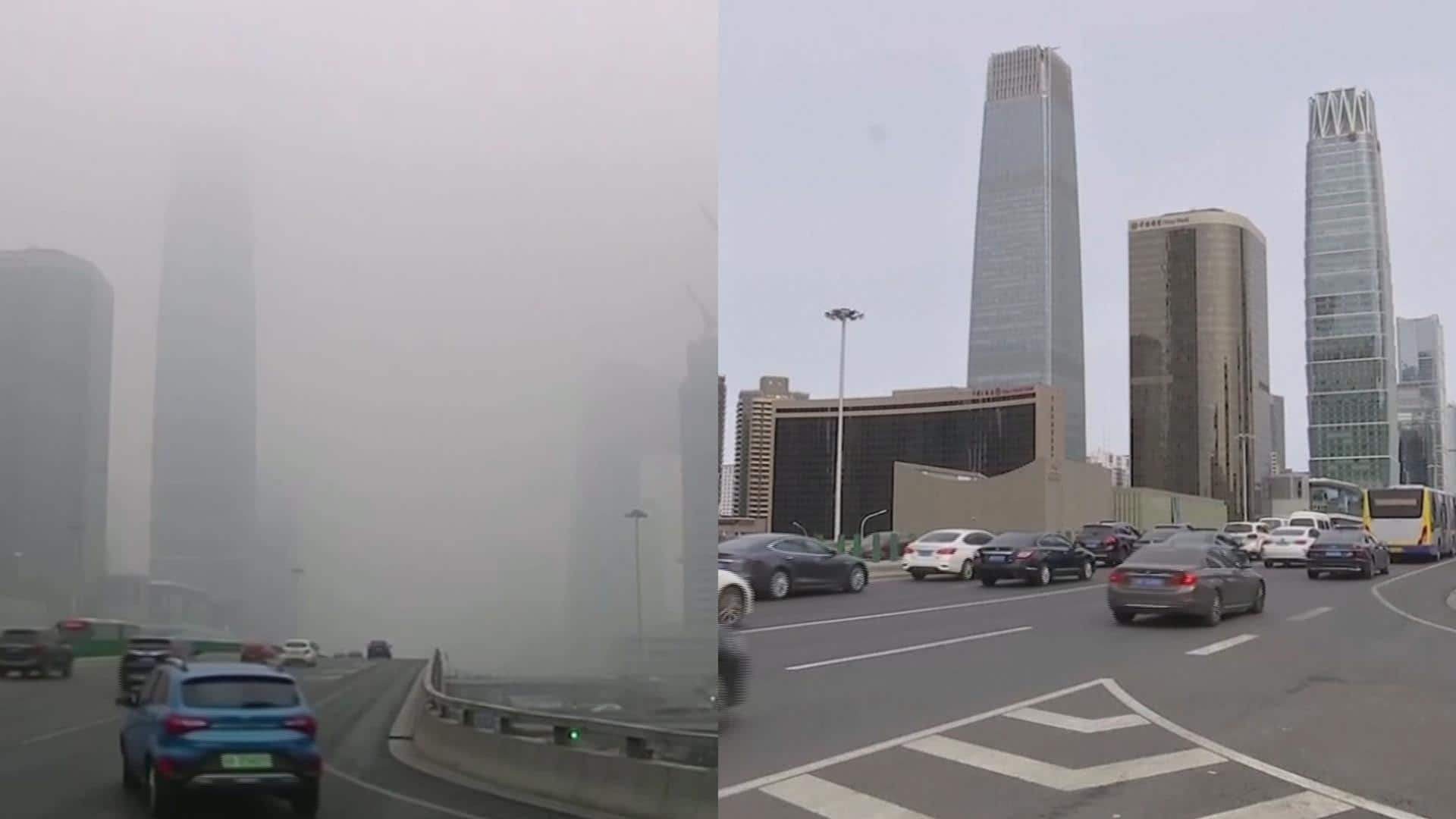 11 months ago
1:10
An unintended consequence of the coronavirus lockdown has been a noticeable improvement in air quality. Here's a look before and after the lockdown began in various cities around the world. 1:10

The coronavirus pandemic is expected to drive carbon dioxide emissions down six per cent this year, the head of the World Meteorological Organization (WMO) said on Wednesday, in what would be the biggest yearly drop since World War II.

"This crisis has had an impact on the emissions of greenhouse gases," WMO Secretary General Petteri Taalas told a virtual briefing in Geneva.

"We estimate that there is going to be a six per cent drop in carbon emissions this year because of the lack of emissions from transportation and industrial energy production."

But the WMO warned that past economic recoveries had been associated with even higher emissions growth than before the crises.

"COVID-19 may result in a temporary reduction in greenhouse gas emissions, but it is not a substitute for sustained climate action," the Geneva-based agency said in a statement released on the 50th anniversary of Earth Day in 1970.

"We need to show the same determination and unity against climate change as against COVID-19," Taalas said.

The statement urged governments to consider stimulus packages that helped the transition to a green economy, adding to similar calls from some governments.

In a sombre reminder of the changes to the planet since 1970, the WMO said carbon dioxide levels were up 26 per cent since then and the global temperature was 0.86 C higher on average.

The WMO also published on Wednesday the final version of its report on the global climate, which confirmed a preliminary finding that 2015-2019 was the warmest five-year period on record, with the global average temperature having increased by 1.1 C since the pre-industrial period.