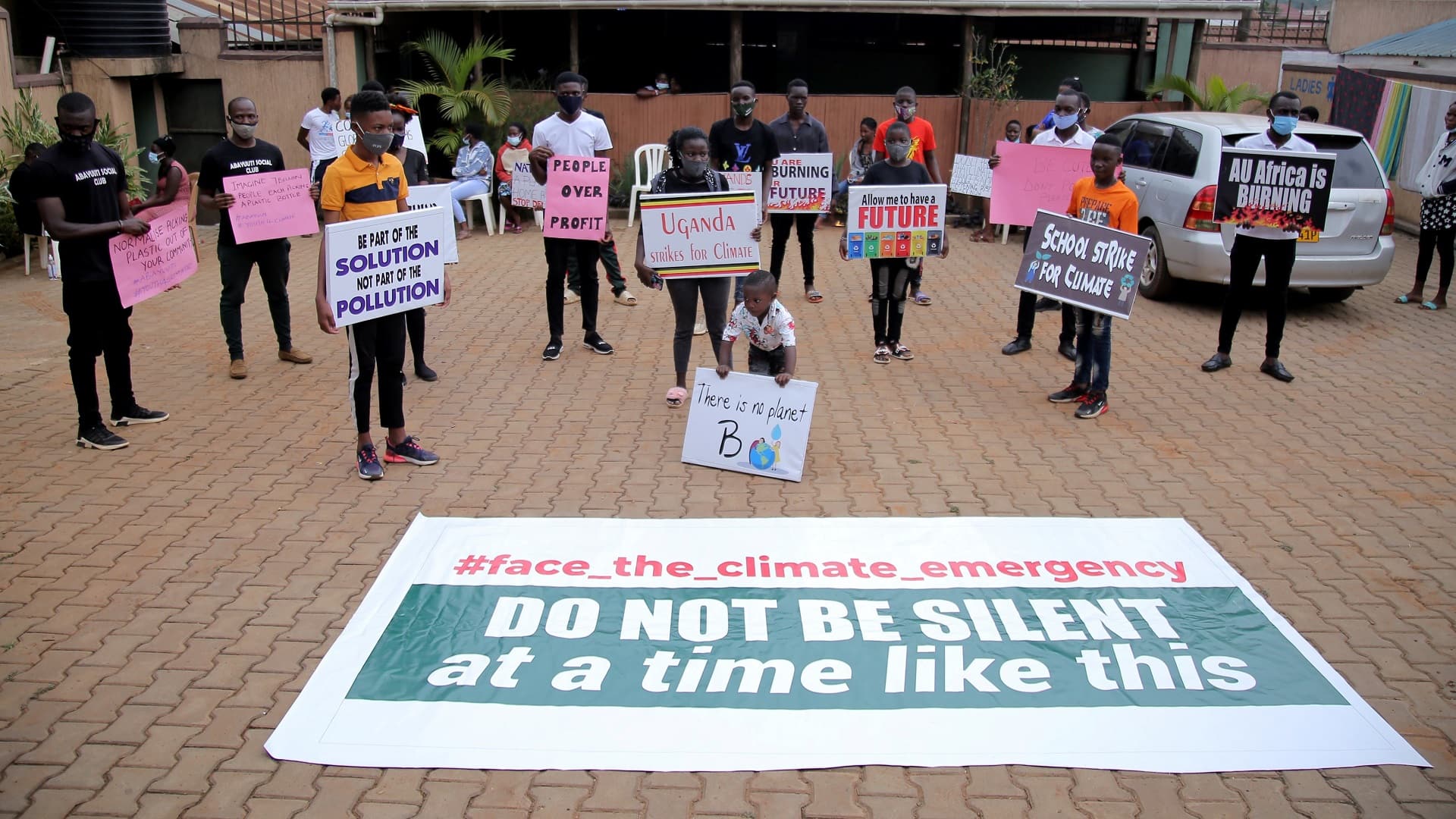 25 days ago
0:48
Though crowds were smaller due to the coronavirus pandemic, demonstrators gathered in a global day of action Friday, demanding governments take immediate action to solve the climate crisis. 0:48

Teenage environmental activist Greta Thunberg is back. She joined fellow demonstrators outside the Swedish parliament on Friday to kick off a day of physically distanced global climate protests.

"The main hope is, as always, to try to have an impact on the level of awareness and public opinion so that people will start becoming more aware," the 17-year-old told reporters.

The coronavirus outbreak has prevented the Fridays for Future movement that Thunberg inspired from holding its mass rallies in recent months, lowering its public profile.

Thunberg started her solo protests outside Sweden's parliament in Stockholm on Aug. 20, 2018. Students around the world soon began following her lead, staging regular large protests, and she was invited to speak to political and business leaders at UN conferences and the annual World Economic Forum in Davos, Switzerland.

Thunberg's blunt words to presidents and prime ministers, peppered with scientific facts about the need to urgently cut greenhouse gas emissions, have won her praise and awards but also the occasional criticism and even death threats.

They demand that lawmakers stick to the 2015 landmark Paris climate deal that asks both rich and poor countries to take action to curb the rise in global temperatures that is melting glaciers, raising sea levels and shifting rainfall patterns. It requires governments to present national plans to reduce emissions in order to limit global temperature rise to well below 2 C.

Climate protests are also taking place elsewhere around the world on Friday. Some are planned in cities across Canada, including Halifax, Toronto and Vancouver.

The protests started earlier in the Arctic, when British climate activist and ornithologist Mya-Rose Craig, stood on a piece of ice broken off from the ice cap.

The 18-year-old bird lover and founder of the non-profit Black2Nature said she believes it's the most northerly climate strike ever. Her group encourages inner-city children from black and ethnic minority backgrounds to explore nature.

"Being on a tiny ice floe like this and just floating in the middle of a sea of slush has really just reminded me how delicate the Arctic is," she said Sunday from north of the Norwegian archipelago of Svalbard.

"I think the youth strike movement is amazing because it's brought so much energy to the anti-climate change movement where suddenly hundreds of thousands of young people around the world have a voice, and they're using it."