In 2015, South Asia experienced a deadly heat wave that killed roughly 3,500 people in Pakistan and India in a matter of months. New research suggests the region could face much worse by the end of the century.

If more isn't done to mitigate climate change, the number of people in South Asia who experience potentially deadly heat could rise by 60 per cent by the end of the century, new research shows.

The increased temperatures will be felt worldwide, but South Asia will bear the brunt of the impact because much of its massive population also lives in poverty, MIT professor Elfatih Eltahir told CBC News during a Skype interview from Khartoum, Sudan.

"The risk of the impacts of climate change in that region could be quite severe," he said of the study published Wednesday in the journal Science Advances.

Eltahir and his research colleagues from MIT and Loyola Marymount University examined weather modelling up to the year 2100 in two ways.

First, they looked at a "business as usual" model, where minimal changes are made to cut greenhouse gas emissions and reduce the impact of climate change, and temperatures increase at the current rate.

They also created a model based on "moderate mitigation," where more effort is made to reduce emissions.

Eltahir says the business-as-usual model is the "most likely scenario" and an example of the dire direction the world is headed, especially in South Asia.

In 2015, the region experienced a deadly heat wave that killed roughly 3,500 people in Pakistan and India over a few months.

"That was only the tip of the iceberg," Eltahir said. "In the sense that much more severe heat waves are coming." 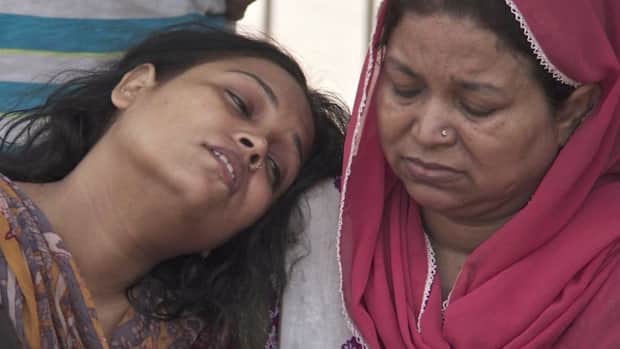 As an example, Eltahir says the temperatures during the 2015 heat wave reached a wet bulb temperature of about 30 C.

"This is a new territory we're moving into," Eltahir said. 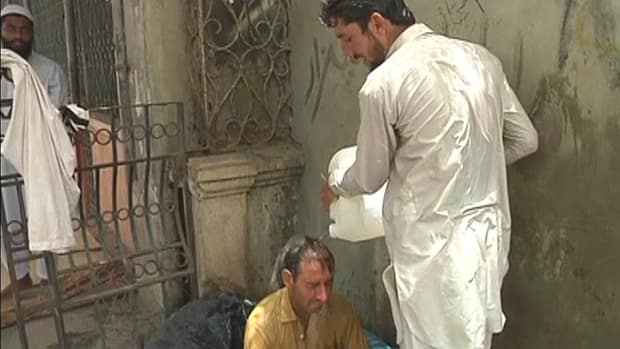 3 years agoVideo
2:03
Research shows that without climate change mitigation parts of South Asia will be unlivable by the end of the century 2:03

Under the moderate mitigation model, 55 per cent of the South Asian population, which also includes Afghanistan, Bangladesh, and Sri Lanka, would be exposed to wet bulb temperatures of 31 or 32 C.

"Because we think the most serious impact of climate change will be where people are poor, the magnitude of weather is going to be significantly more severe," Eltahir said.

However, he says the moderate mitigation model shows the impacts could be reduced if action is taken to reduce emissions.

Eltahir says because the study looks at climate change's impact on a specific region instead of as a global concept it could get policy-makers to look at ways to increase development and still try to protect their "most vulnerable population from the outcome of the most severe possibility of climate change."

"(This research shows) the kind of things that could happen if we keep going in this trajectory of no action related to climate change or minimal action."