A NASA spacecraft is stuffed with so much asteroid rubble from last week's grab that it's jammed open and precious particles are drifting away in space.

Rocks got wedged in edge of lid for sample container on OSIRIS-REx, jamming it open

A NASA spacecraft is stuffed with so much asteroid rubble from last week's grab that it's jammed open and precious particles are drifting away in space, scientists said Friday.

The mission's lead scientist, Dante Lauretta of the University of Arizona, said Tuesday's operation 322 million kilometres away collected far more material than expected for return to Earth — in the hundreds of grams. The sample container on the end of the robot arm penetrated so deeply into the asteroid and with such force, however, that rocks got sucked in and became wedged around the rim of the lid.

Scientists estimate the sampler pressed as much as 48 centimetres into the rough, crumbly, black terrain.

"We're almost a victim of our own success here," Lauretta said at a hastily arranged news conference.

Lauretta said there is nothing flight controllers can do to clear the obstructions and prevent more bits of Bennu from escaping, other than to get the samples into their return capsule as soon as possible.

The flight team was scrambling to put the sample container into the capsule as early as Tuesday — much sooner than originally planned — for the long trip home.

"Time is of the essence," said Thomas Zurbuchen, chief of NASA's science missions.

This is NASA's first asteroid sample-return mission. Bennu was chosen because its carbon-rich material is believed to hold the preserved building blocks of our solar system. Getting pieces from this cosmic time capsule could help scientists better understand how the planets formed billions of years ago and how life originated on Earth.

Scientists were stunned — and then dismayed — last Thursday when they saw the pictures coming from Osiris-Rex following its wildly successful touch-and-go at Bennu two days earlier.

WATCH | OSIRIS-REx touches down on asteroid and grabs sample 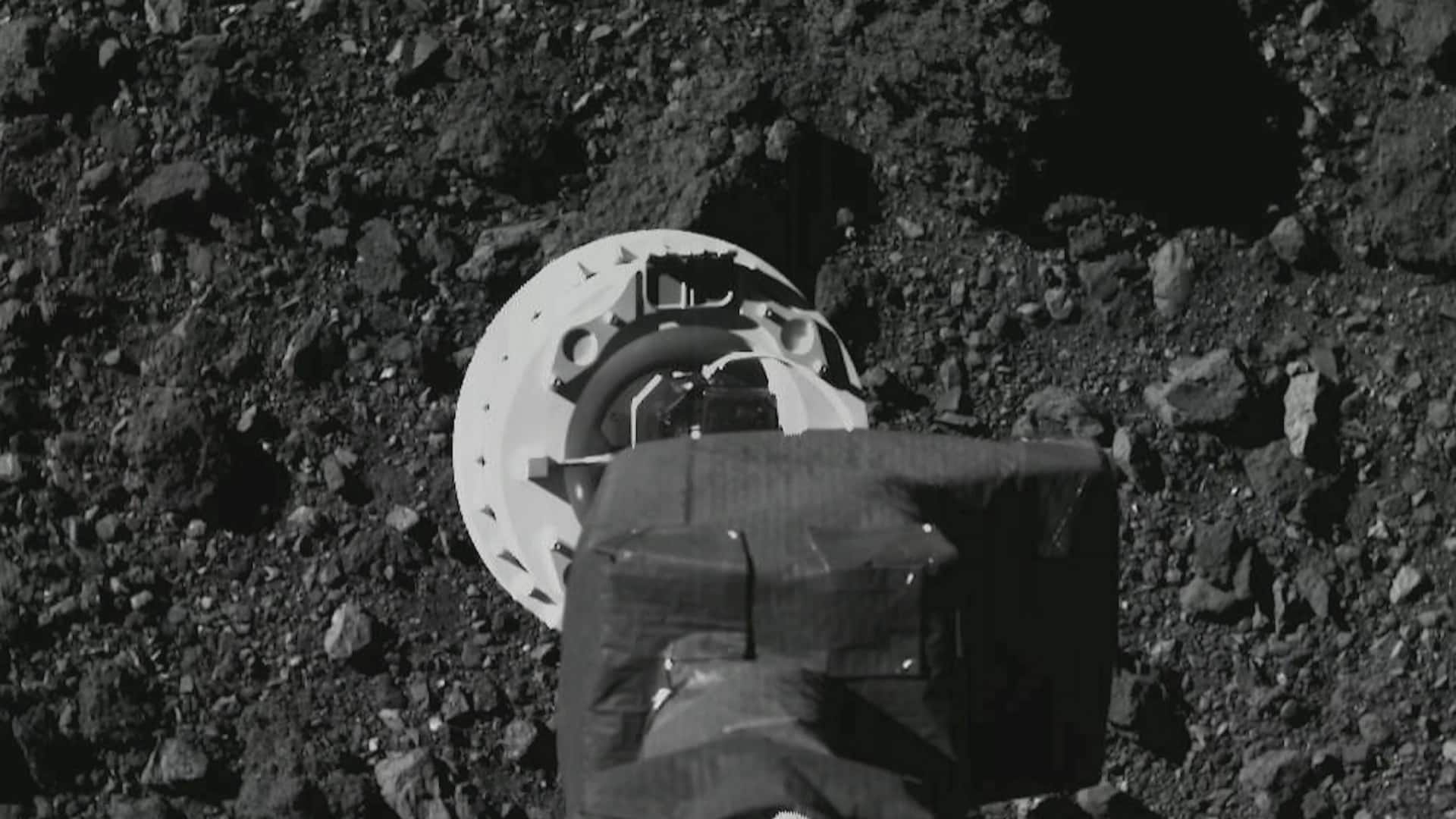 1 month agoVideo
18:44
A NASA spacecraft descended to an asteroid and momentarily touched the surface to collect a handful of cosmic dust. Michael Daly, lead scientist for the instrument that mapped the asteroid's surface, answered some questions from two special guests.  18:44

A cloud of asteroid particles could be seen swirling around the spacecraft as it backed away from Bennu. The situation appeared to stabilize, according to Lauretta, once the robot arm was locked into place. But it was impossible to know exactly how much had already been lost.

The requirement for the more than $800-million-US mission was to bring back a minimum 60 grams.

Regardless of what's on board, OSIRIS-REx will still leave the vicinity of the asteroid in March — that's the earliest possible departure given the relative locations of Earth and Bennu. The samples won't make it back until 2023, seven years after the spacecraft rocketed away from Cape Canaveral.

Osiris-Rex will keep drifting away from Bennu and will not orbit it again, as it waits for its scheduled departure.

Because of the sudden turn of events, scientists won't know how much the sample capsule holds until it's back on Earth. They initially planned to spin the spacecraft to measure the contents, but that manoeuvre was cancelled since it could spill even more debris.

"I think we're going to have to wait until we get home to know precisely how much we have," Lauretta told reporters. "As you can imagine, that's hard. ... But the good news is we see a lot of material."

Japan, meanwhile, is awaiting its second batch of samples taken from a different asteroid, due back in December.