Canada has a quarter of world's soil carbon. Keeping it in the ground could curb climate change, experts say | CBC News Loaded
Science

Canada has a quarter of world's soil carbon. Keeping it in the ground could curb climate change, experts say

Canada stores about a quarter of all the soil carbon in the world, a new study has found, putting a spotlight on the country's role in preventing that carbon from being released into the atmosphere and exacerbating global warming.

Canada has 384 billion tonnes carbon stored in peatland and other soils, new study has found

Canada stores about a quarter of the world's soil carbon, according to a new study that puts a spotlight on the country's role in protecting that carbon to help prevent further climate change.

Those carbon-rich soils are found especially in peatland: boggy wetlands in northern Ontario and parts of Manitoba that are filled with accumulated plant matter that's been collecting over thousands of years.

Soil carbon is deposited into the soil by decaying plant and organic matter, root systems and microorganisms. It's a valuable resource because it's a way of keeping that carbon from entering the atmosphere.

If that sequestered carbon is released — through natural events, such as forest fires, or human activities, such as mining, logging and agriculture — it ends up in the atmosphere and exacerbates global warming, scientists say.

The study, released Wednesday at the COP26 climate change conference in Glasgow, suggests protecting this carbon is key to Canada's climate efforts.

Keeping a 1.5 C limit on global warming "within reach" is one of the key goals of COP26, the annual meeting of the Conference of Parties, the global decision-making body set up in the 1990s to implement the United Nations Framework Convention on Climate Change and subsequent climate agreements.

"Ecosystem carbon storage … can be a critical pathway to getting a 1.5 C future, making sure that carbon is not emitted into the atmosphere and, in turn, trying to grow the amount of carbon we're storing in these terrestrial ecosystems," said James Snider, who leads the science, knowledge and innovation team at World Wildlife Fund-Canada, which did the study in partnership with Hamilton's McMaster University.

Canada has so much soil carbon — 384 billion tonnes — thanks to a large amount of peatland, which has layers of plant material, and the country's sheer size.

About five per cent of Canada's terrestrial carbon is stored in plants, trees, shrubs and other greenery above ground, the study found, while about 95 per cent of it is underground — in the top metre of soil.

The findings put a renewed focus on Canada's conservation efforts. The federal government has committed to protecting or conserving 25 per cent of Canada's land by 2025 and working toward protecting 30 per cent by 2030 as part of the country's efforts to fight climate change and defend vulnerable species and ecosystems.

"Canada has a tremendous responsibility globally in terms of stewarding and of protecting that ecosystem carbon," Snider said.

"It's not only important to us ... it's important on a global scale, in terms of showing how a country like Canada can, in fact, still protect these places in the right way."

The study includes a detailed map of where the carbon is stored in Canada, down to a resolution of 250 metres. This could make it possible for organizations, governments and even individuals to zoom in on certain areas and determine how carbon rich an ecosystem is — and how important it might be to protect it. 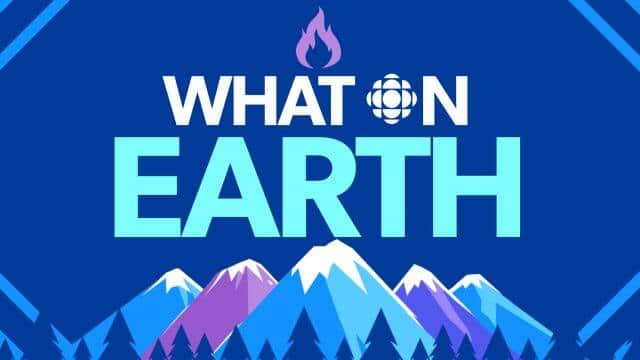 What On Earth33:29Old-growth forests: an ancient climate solution
Deadly heat and fires brought climate change home this week. As some forests burn, others are storing carbon and working to combat extremes. We explore the climate benefits of old-growth forests, and how one country stopped logging them on public land.

The study combined on-the-ground surveys, satellite technology and machine learning to come up with the first accounting of the total carbon stores in Canada's ecosystems. Some of the techniques represent recent advances in technology that have not been available to researchers in the past.

One example is a satellite-based laser technology called LiDAR that the researchers used to measure tree canopy height. The technology shoots laser beams from a satellite down to Earth and then measures the time it takes for the beams to bounce back to determine tree heights in various areas.

"[If] we don't know how much carbon there is in forest trees and peatlands and agricultural soils and plant roots and dead plants … we cannot plan meaningful conservation activities to preserve the carbon that is underground," said Alemu Gonsamo, an assistant professor at McMaster and Canada Research Chair in remote sensing of terrestrial ecosystems.

Gonsamo worked on the study, helping identify where the carbon is stored. The next step is to use this data to determine where that carbon is most vulnerable to being lost.

"We can project how much carbon will be released if the warming continues the way it has been so far," Gonsamo said.

Forest expert Suzanne Simard said the study confirmed what she has seen in her own research but that the high amount of carbon found in the soil still surprised her.

"When we understand the gravity of the stores, the gravity of potentially losing it, it becomes more important in people's minds," said Simard, a professor at ​​University of British Columbia in Vancouver and author of Finding the Mother Tree, which chronicles her life studying forests.

"I'm a scientist who studies soils, and I'm delighted and surprised to see these numbers."

Soil carbon faces several threats, Simard said, both directly and indirectly due to human activity. For example, the permafrost in the North, which is permanently frozen ground in Canada's Arctic region, might melt due to climate change, releasing its carbon stores into the atmosphere.

This would, in turn, accelerate climate change, Simard says, causing a feedback loop that could lead to even more permafrost melting.

Human activities such as mechanized farming, oil and gas exploration and mining also release this carbon.

"If we're going to be going to try to neutralize our carbon emissions by 2050, this is a major place where we need to be paying attention to that," she said.

"Let's not lose more carbon from these incredible stocks."

1 year ago
Duration 2:52
Calgary company takes carbon emissions and puts them into everyday products from concrete to yoga mats.

Keeping the carbon in the soil

Gonsamo's team is also collaborating with the Mushkegowuk Council, which represents eight Cree First Nations in the James Bay region of northern Ontario. The area has been identified in the report as holding some of the most carbon-rich ecosystems in Canada.

Members of several Indigenous communities will collect field measurements to help drill down even further into how much carbon is stored in the region.

"We felt it was important that we be a part of this and map the carbon that we're trying to bring attention to in our region, because it's a huge carbon storage," said Vern Cheechoo, the council's director of lands and resources.

"This is a huge, huge carbon sink."

The region is home to the Ring of Fire, an area 500 kilometres north of Thunder Bay that holds valuable deposits of chromite, a component of steel, along with minerals used in batteries like cobalt, lithium and nickel.

The Ontario government plans to open up the area for mining and has proposed legislative changes to clear hurdles to development in the region. Several Indigenous communities oppose the plan. The new data on carbon stocks in the region's soils could support the argument that the area should be protected.

At a panel discussion at the COP26 conference this week, Canada's environment minister, Steven Guilbeault, admitted the country has some "catch-up" to do when it comes to conservation. He stressed that his government is committed to Canada's targets for protecting lands.

He addressed the Ring of Fire project directly, saying "we view our continued effort on reconciliation as making sure that these activities done on the lands of First Nations, Métis and Inuit are done with their collaboration, with a seat at the table for them … and in many cases, by them leading the way."

Cheechoo said the study findings will help the Mushkegowuk Council in its efforts to protect soil carbon on its lands.

"We're hoping that the work that we're doing … [will] bring more funding for capacity building so that we can continue to monitor the carbon storage of the carbon sink and ensure that, you know, that the carbon is still being kept where it should be kept," he said.

WATCH | Iceland's pricey idea for removing carbon from the atmosphere:

1 year ago
Duration 6:13
A large facility in Iceland is trying to slow the effects of climate change by sucking carbon dioxide out of the air, but critics say the expensive technology doesn’t remove enough emissions from the air to make a difference.

Inayat Singh covers the environment and climate change at CBC News. He is based in Toronto and has previously reported from Winnipeg. Email: inayat.singh@cbc.ca