When a crisis hits, people turn to social media to find out what's happening, or more importantly, find out that loved ones are safe. Our technology columnist Jesse Hirsh talks about the role it played during and after the attacks in Paris. 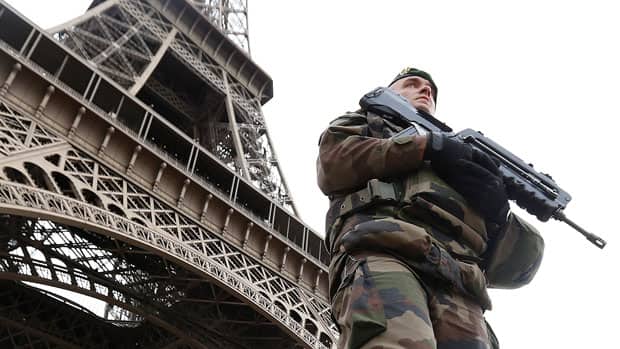 Hamilton8:37Is social media becoming more reliable on breaking news?
When a crisis hits, people turn to social media to find out what's happening, or more importantly, find out that loved ones are safe. Our technology columnist Jesse Hirsh talks about the role it played during and after the attacks in Paris. 8:37

In a crisis, social media is great for getting the word out fast. In the Paris attacks social media platforms were filled with information and misinformation but played a very important role to people in Paris and around the world.

Our technology columnist Jesse Hirsh talked with the CBC's Conrad Collaco about the role of social media in the crisis. Read an edited and abridged transcript of the interview below, or listen to the full interview by clicking or tapping the image at the top of this page.

Q:  What can you tell us about the role social media played in this crisis?

We are now intuitively turning to these services to learn what's happening and to reach out to friends and family who may be impacted by the crisis. This is where Facebook Safety Check played a very prominent role. It's a feature Facebook can push to users in a specific geographic region, in this case the Paris metropolitan area that has a button with the question "are you ok?" If they press that button it bypasses the traditional Facebook algorithm and goes out to all their friends and family.

Within the first 24 hours of the crisis, 4.1 million people made use of the feature reaching over 360 million of their friends and family. It's very powerful. In these kinds of crises all you need is a rapid check of "are you ok?"

Twitter also played a prominent role with their hashtags. #PorteOuverte means "open doors" and was in response to a number of the hotels being secured and leaving tourists and other visitors with no place to go. This hashtag facilitated sanctuary and safe haven in people's homes.

This reflects the emotional role social media plays as people connect with friends and strangers as they attempt to process what is happening in the world.

Q: How is Twitter changing to suit the way people use it to get breaking news?

Users have been leading this kind of real-time news coverage but Twitter is increasingly fostering those capabilities both with the way they feature trending hashtags but also with their emerging features like Moments and Highlights which are about curating some of the activity that occurs within Twitter so that you are able to tune in that signal within the noise of activity.

On the one hand social media acts as a tornado that sweeps people up into its energy that makes it difficult to turn away. It reflects the responsibility that Twitter and other social media companies are feeling in these moments of crisis. They have the capability to provide a kind of leadership.

Facebook designed their safety check for natural disasters. They were initially criticized for not using it for terrorist attacks like the one that occurred in Beirut. This is the first time they made the service available as part of a human disaster. It was so effective they have announced they will make it available for all human disasters.

No. And that's the paradox. On the one hand it's not reliable but on the other hand it's incredibly valuable. There were a lot of people who posted false information, even deliberate misinformation, as an opportunistic way to get attention. There were a lot of pranksters who took advantage of that. So, for reliability social media still gets a failing grade. But it is valuable for journalists and researchers and any individuals willing to put in the time and effort to find the truthful information, to find the signal within the noise.

There is an interesting symbiotic relationship that has emerged between mainstream media and social media. Journalists have the skill to decipher information and media organizations have the resources to back them up. A lot of journalists constructed timelines, curating first-hand accounts using social media as a valuable tool but delivering their own credibility.

The reliability of social media is less important than its value. It helps journalists and the average person inform and educate us all on what has happened.