After 6 months, Justin Trudeau says the real work lies ahead

The Trudeau government is now just old enough to have done some things, but still too young to know what it will amount to. It has started various things, but it is too early to know whether it is taking too long. There remains only so much to measure, writes Aaron Wherry.

'We've had a good start,' the prime minister says, 'but that's all it is'

​The prime minister gave a half shake of his head and proceeded to help himself to a little self-congratulation.

"I think that over the last six months we've had a good start," he said.

But then, so as not to seem too satisfied with himself, a little necessary humility.

How time flies. It seems like just 82 days ago that he was marking his first 100 days.

But that was just the start of the start. And while that round number was marked with a chat on Twitter, this even number was cause for a speech to the Liberal caucus and a visit to the National Press Theatre. The prime minister is nothing if not regularly visible.

On the 100th day, there was notably a question about whether a hot dog qualified as a sandwich. At six months, there were questions about the devastation in Fort McMurray, whether climate change was responsible for that destruction, and how Trudeau engages with hostage situations.

The Trudeau government is now just old enough to have done some things, but still too young to know what it will amount to. It has started various things, but it is too early to know whether it is taking too long. There remains only so much measure (and apparently still some discussion about how to measure it).

The opposition has often been left grasping at small issues (the Liberals eliminated the children's fitness tax credit!), and theoretical problems (the Liberals might not approve a pipeline!). But that is not to say there haven't been potentially interesting reasons to quibble.

The Syrian refugees arrived later than promised and not all of them were sponsored by the government. The "middle-class tax cut" wasn't revenue neutral and had a questionable distribution across income levels. The small business tax cut was "deferred." The justice minister participated in an awkward fundraiser.

The projected deficits are larger than expected and the parliamentary budget officer gave the budget a poor grade for transparency. The first budget bill was smaller than it could have been, but still maybe bigger than it should have been. The deal to sell light-armoured vehicles to Saudi Arabia at least demonstrated this government's willingness to make uncomfortable compromises.

The six-month mark was also marked by angry conflict in the House of Commons over the government's use of time allocation to end debate on Bill C-14, the legislation to regulate medical assistance in dying. This was the second such use by the Liberals of a procedural manoeuvre that became semi-infamous during the Conservative government's last four years.

If time allocation is rarely seen again, the concern might be mitigated. Otherwise it is to wonder whether such stuff hints at trends or characteristics to be defined in the following months.

One Liberal, Robert Falcon Ouellette, notably stood against that use of time allocation. And if he's not now disappeared by the whip's office, that might be something to say for the government's open-mindedness, similar to another Liberal MP's voting against a government bill two weeks ago.

There would be even more to say if there were clearer signs of parliamentary reform or access-to-information reform or parliamentary oversight of national security activities. There is at least the start of something on Senate reform.

On electoral reform the government might have done well to get going at some point in the last six months, but Trudeau stood resolutely by his commitment Wednesday — "We made a very firm commitment that we would ensure that this last election was the last one done under first past the post, and we intend to keep that commitment" — and in doing so suggested decisiveness.

By comparison, Trudeau's government is further ahead on a national plan to reduce greenhouse gas emissions. And some allowance might be made for the complexity of the task. But it's unclear how close or far away an actual plan is. He seems willing to get there deliberately.

On this day, he, perhaps typically, split down the middle a question about climate change and the fires in Alberta. "It's well known that one of the consequences of climate change will be a greater prevalence of extreme weather events around the planet," he said. "However, any time we try to make a political argument out of one particular disaster, I think there's a bit of a shortcut that can sometimes not have the desired outcome."

Large pieces of the government's economic policy are still to be put in place and the government is variously consulting, studying and reviewing. In the meantime, the prime minister has established himself as an international celebrity, a viral sensation and a virile image of active government and handsomeness. 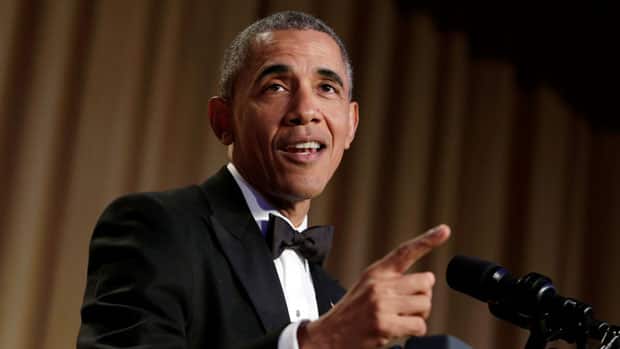 On Tuesday, he seemed most excited when asked about the technical school of governance and metrics known as "deliverology," as taught by Michael Barber, the British guru Trudeau has called on to help his office and cabinet reform the federal government. How to best deliver on delivering is still apparently being figured out.

"How we actually figure out whether what we're doing is having a positive impact on the lives of Canadians isn't something that governments have spent a tremendous amount of time worrying about in the past," he explained. "A lot of energy is placed on announcements — oh, we're investing $20 million in this project. And the followup a year later or two years later to say, well, X number of people have had their lives affected positively by that investment isn't always part of the operations or philosophies of government."

Fully realized, the public reporting and measuring of deliverology might work like a companion piece to the regularly seen and pictured prime minister. (In the complete absence of delivery, the prime minister might not want to be seen.)

The time for questions expired shortly thereafter, but a shout came from the gallery about judicial appointments and when the prime minister's government might start filling some of the vacancies that are reportedly starting to pile up. Which, come to think of it, is just the sort of thing one could measure.

The prime minister decided that he could not linger to respond to that one. He surely could be imagined to have had other places to be, there being any number of things to get on with.