Amid shouting and jeering, Trudeau insists on a little etiquette

There is some novelty to the sight and sound of a prime minister being yelled at. And for Trudeau, it is likely the case that the yelling has only begun.

PM hears heckles and hostile questions, but comes away smiling

"You're acting like Harper!" yelled one member of the crowd, drawing out the former prime minister's surname.

Justin Trudeau was explaining his consideration of the Trans Pacific Partnership. And now the voice of outrage had gifted the prime minister a chance to score a point.

"Actually, the approach that I'm choosing to take is one in which I am sitting here," he said, shrugging and then gesturing towards the room, "engaging with you, listening to you, working hard on understanding..."

But on stage at the Young Workers' Summit, an event organized by the Canadian Labour Congress, Trudeau was receiving something less than a unanimously warm welcome. Rather, he was jeered and, in some cases, angrily questioned.

"It doesn't mean we're always going to agree on everything," he cautioned. "But it does mean that we should keep talking."

On that note, the prime minister returned to a question of etiquette that obviously bothered him: that some in attendance had turned away from the stage.

Shortly after Trudeau arrived on stage Tuesday morning — jacket off, shirt sleeves rolled up — some number of those young people in attendance stood and turned to face the other direction, literally turning their backs in a suggestion that the prime minister had figuratively done the same to them.

"It is a little bit frustrating for me to come in, sit down and look forward to hearing from you, talking with you, and seeing a room full of people who are standing in a way that shows they're not listening to me, that you don't want to engage," he said at the outset when the protest began. "And I think it reflects poorly on everyone who does want to listen and engage."

After rebutting the TPP heckler, he repeated his stance. And when one of the back-turners was later given the microphone to ask a question, Trudeau insisted he turn back around to face him.

When that young man, after turning and stating his question, turned to face the back of the room again, the prime minister refused to answer.

In his insistence on showing respect for an invited guest, there was perhaps something of his father's confidence and manner (though this was not nearly the stuff of Pierre Trudeau staring down rioters at the Saint-Jean-Baptiste parade in 1968).

But there was also some novelty to the sight and sound of a prime minister being yelled at.

And for Trudeau, it is likely the case that the yelling has only begun.

The risk and reward of facing the public

The prime minister remained otherwise good-natured and spoke at some length. He smiled and seemed basically comfortable with the prospect of a hostile crowd.

To their credit, no one in the crowd threw pumpkin seeds.

But New Democrats were happy to report to the House of Commons at question period that the prime minister had been jeered and mocked.

The Liberal wager must be that it is still better for Trudeau to be seen putting himself in such situations, particularly if he is able to do so without embarrassing himself too egregiously.

There is also, of course, an argument to be made that it is simply better for democracy. That a prime minister should not be shielded from the complaints and concerns of the public. That he is not entitled to go about his time in office proceeding from one hermetically sealed production to another.

For sure, prime ministers have come into unpleasant contact with the public before. But the trend in professional politics has been towards greater control of one's surroundings.

It is not without precedent for Trudeau. During last year's campaign, he entertained a complaint from protesters at a Montreal rally. Since coming to office he has happily participated in media-sponsored forums and interactions with everyday folk.

Trudeau, a public figure since birth, is obviously comfortable around his fellow humans. And an ability to defend one's decisions and show empathy might be the least we should expect of a politician.

So the political "risk" of such things is perhaps overestimated.

At least for now.

5 years ago
2:40
Prime Minister Justin Trudeau responds to a question on the Phoenix pay system from one frustrated woman at the Canadian Labour Congress National Young Workers Summit in Ottawa. 2:40

Will Trudeau keep putting himself in such situations?

Every new decision will bring some reason for complaint. Every day without movement on one front or another will make it harder to justify inaction or delay.

The yelling about energy development has already begun: Police issued 99 citations to pipeline protesters on Parliament Hill on Monday, and protesters are occupying the Muskrat Falls site in Newfoundland.

If the prime minister keeps putting himself within shouting distance of the general public, he will no doubt hear some of those concerns. And the questions might get more difficult and precise.

"Thank you for challenging me," Trudeau said as his appearance concluded Tuesday, some of the assembled chanting "Keep your promises" at him. "I need you to continue to challenge me."

Those able to ask him a question might (respectfully) oblige.

And the prime minister's public forays to date might at least stand as a useful point of measurement for the future: if his appearances are fewer or if he stops putting himself in these situations entirely, it will be easy to note the retreat.

"See you guys next year," Trudeau said, waving as he parted.

If the Canadian Labour Congress hosts another Young Workers' Summit next year — this year was the first — it might now behoove the prime minister to appear, if only to prove he wasn't scared off by this experience. 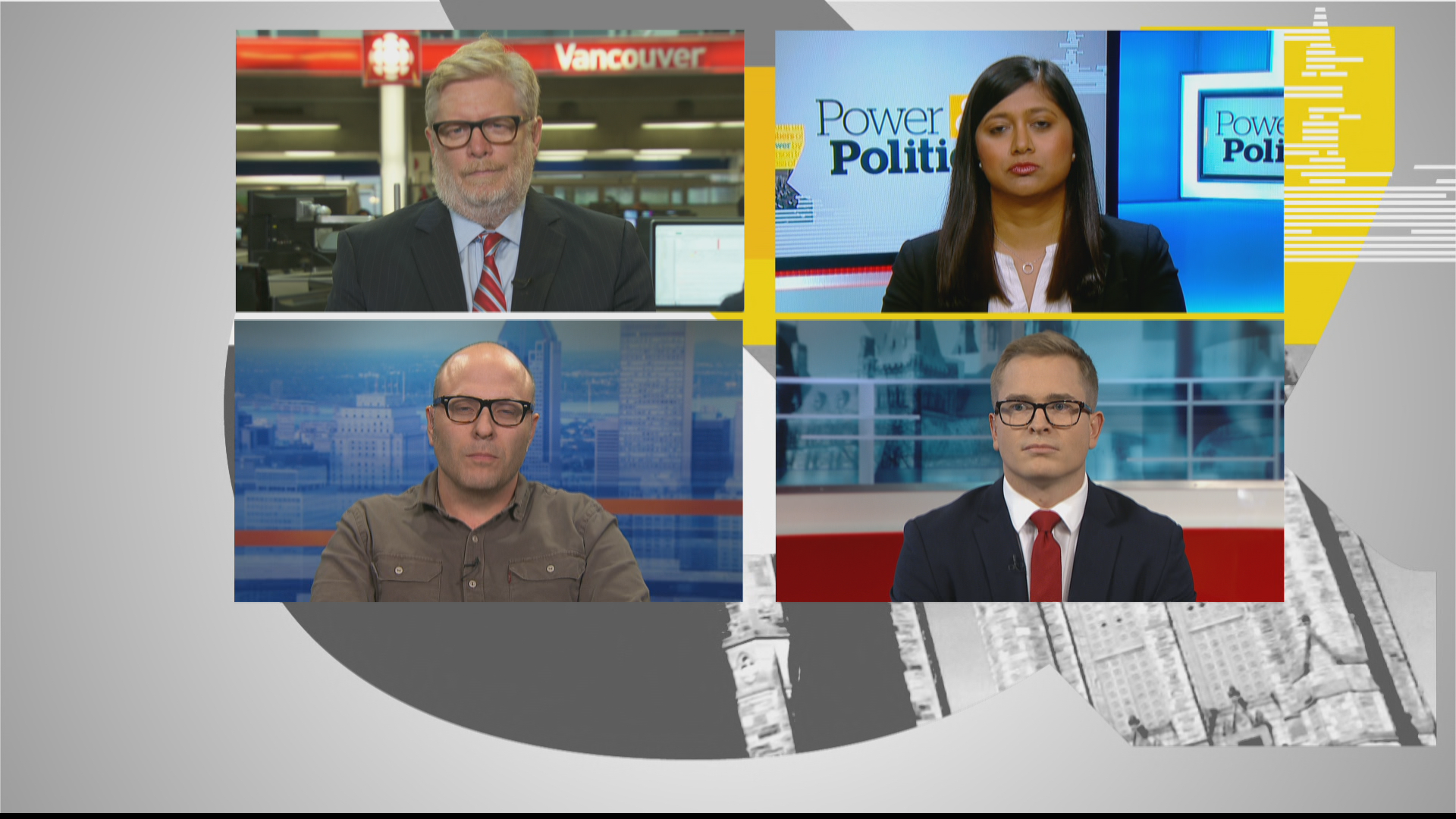