How the federal budget could spare Justin Trudeau some difficult conversations

Ahead of the Liberal government's second budget, there is looming concern for the future of employment. Can Prime Minister Justin Trudeau do anything to get ahead of those changes?

A year ago, the prime minister came face to face with the reality of economic dislocation and hardship. And in that moment he seemed hard-pressed to offer a tidy solution.

"It was a really difficult conversation," Justin Trudeau told the CBC's Peter Mansbridge after sitting down with Neil Piercey, a 58-year-old man from London, Ont., who was worried about his future after losing his manufacturing job.

Piercey had taken a lower-paying job and had no savings left for retirement.

"Because for all the levers of power that a prime minister has, there's things that are bigger than what a government can legislate into being in terms of solutions," Trudeau said.

An average manufacturing worker in southwestern Ontario, Piercey might have been among the first to be disrupted by the latest wave of industrial and economic change. But there are now loud predictions that he won't be the last.

So with Wednesday's federal budget, Trudeau might try to get ahead of the next changes, and perhaps spare himself some difficult encounters in the future. 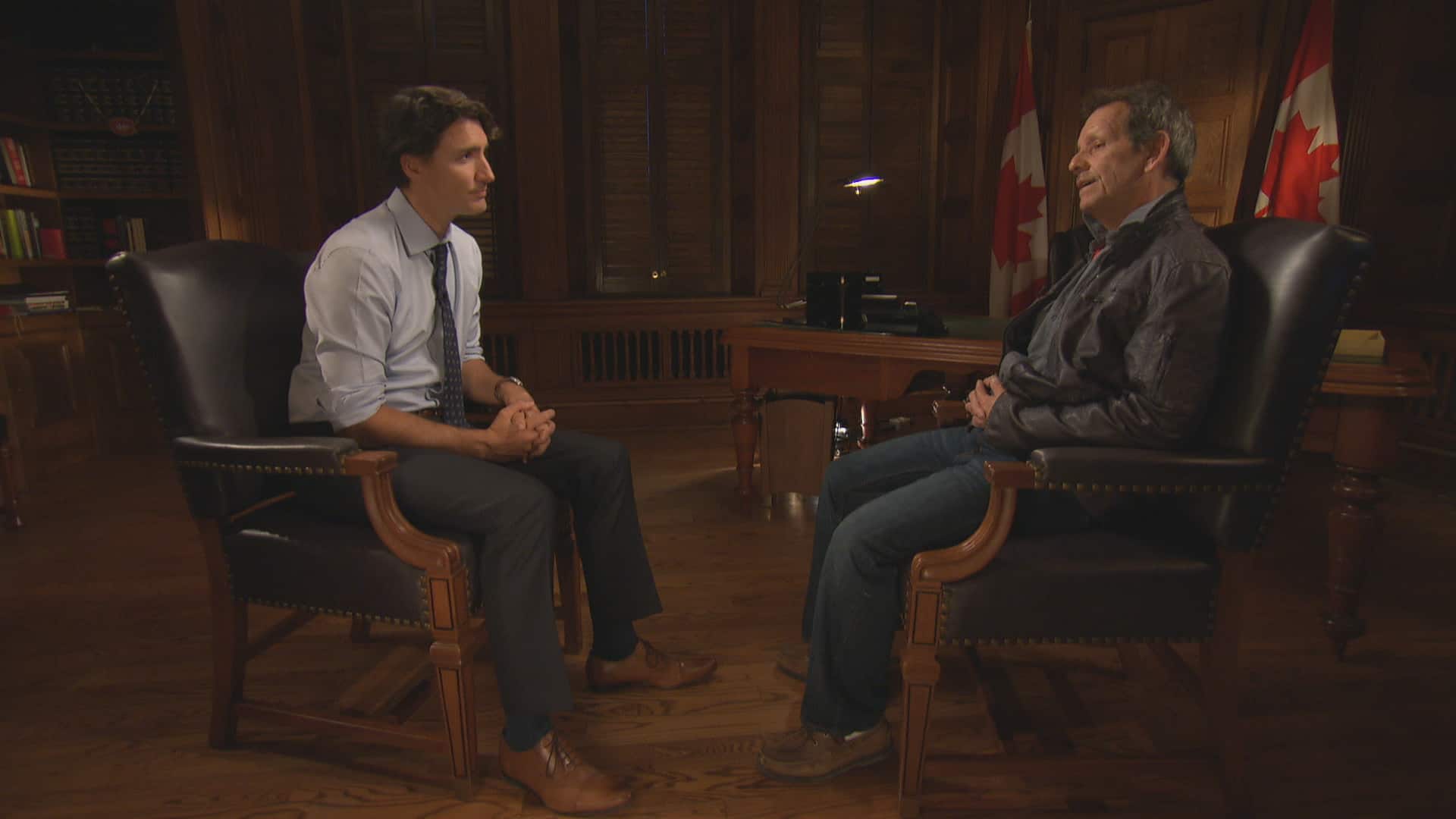 Trudeau's face to face with struggling worker gets reaction

5 years ago
2:27
The Liberal government faces questions a day after Prime Minister Justin Trudeau was challenged by "Neil from London" in CBC's Face to Face special. 2:27

How should Canada respond to automation and globalization?

"We have displaced workers who have been disadvantaged by globalization and technical change," says Craig Alexander, the Conference Board of Canada's chief economist. "How do we help individuals in this situation get engaged in a gainful way? How do we keep fewer individuals from having this experience? [And] how could we better support them when they do?"

In 2016, Trudeau talked about retirement security for Canadians: resetting the age of eligibility for Old Age Security at 65, increasing the Guaranteed Income Supplement and expanding the Canada Pension Plan — policies he has since implemented. But he also talked about skills, education, ensuring workers are "flexible" and helping people transition in mid-career.

And it's the latter that might presage this week's budget.

In February, Finance Minister Bill Morneau's expert panel on economic growth warned of a "rapidly changing economy" in which "nearly half of Canadian jobs are at high risk of being affected by automation over the coming 10 to 20 years."

A new focus on 'lifelong learning'?

A recent report by the C.D. Howe Institute cautioned against "alarmist" predictions of great upheaval. But both that report's authors and Morneau's advisory council came to the same suggestion: a new focus on training and skills development.

On the same day that report was released, Morneau was in Frankfurt, speaking to the Institute of International Finance and suggesting his head was in the same space.

"I will … be taking steps to create a culture of lifelong learning," he said, speaking of this week's budget, "helping people develop the skills they need at every stage of their life to succeed in the new economy."

The advisory council's proposal was the establishment of a new institution — the FutureSkills Lab — that would bring together governments, businesses, unions and non-profits to pursue new and innovative approaches to training and education.

In his own paper for the C.D. Howe Institute, Alexander stressed a need to focus on young people, whose degrees and skills do not often match what employers are looking for, and Indigenous Canadians.

But whatever Morneau does, he might also address how that differs from what the federal government is already doing.

A recent report by the Institute of Fiscal Studies and Democracy at the University of Ottawa found that $14.2 billion was committed to skills and training initiatives in the 2014-2015 fiscal year, but that the performance of those programs was difficult to assess because of insufficient reporting by federal departments.

"I think that in the past governments have been good about saying, 'Skills are important, we need to invest in skills,' and then they announce some funding for specific initiatives," says Alexander. "Rarely is there a follow-up to say, OK, what was the actual rate of return on investment?"

What can be done to help cities like London?

Piercey, now nearing 60, isn't sure that more opportunities for training would help him at his age. In the meantime, he notes, manufacturing jobs have not returned to the city.

Southwestern Ontario could emerge as an interesting test of Liberal economic policy.

Moffatt, who has taken a paid fellowship with the federal government, has suggested that an innovation agenda should be designed to make it easier for companies and talent to live and create jobs in communities like London, Ont.

All of which might seem to matter more now because it is in places like southwestern Ontario, where economic change has undercut livelihoods, that the populism of Donald Trump and Brexit is sometimes said to take root.

But even if Hillary Clinton were president and the United Kingdom was still committed to the European Union, there would still be real economic and social questions to be addressed.

Ideally, Wednesday's budget might offer something for someone in Piercey's situation.

At the very least, it might take steps to get ahead of the next major changes in the Canadian economy.