Hit recently by allegations the Prime Minister stuck out his tongue during question period and complaints that he unnecessarily invited his in-laws to the state dinner in Washington, the Trudeau government now stands accused of trampling democracy.

Does the Liberal government's use of time allocation undermine its claim to change?

Already hit recently by allegations the Prime Minister stuck out his tongue during question period and complaints that he unnecessarily invited his in-laws to the state dinner in Washington, the Trudeau government now stands accused of making inappropriate use of Standing Order 78 of the House of Commons.

Which is to say, it is accused of betraying the spirit of democracy and trampling the honour of Parliament.

"When Canadians voted on October 19, they were told by the Liberals that they were voting for real change," NDP MP Niki Ashton explained to the House on Tuesday morning. "The cutting off of debate here today is the opposite of that."

Similar was the sentiment of Conservative MP Michelle Rempel, who on Monday night noted the Liberal government's intention to use what is known as "time allocation" and reschedule a Conservative debate, along with the defeat of various opposition proposals to amend the government's legislation for medically assisted death.

"The Liberals," she tweeted, "are so full of crap."

Which is to say, the Liberals stand accused of being precisely the sort of cynical government they once promised never to be.

Standing Order 78 provides the government with a mechanism for setting out the amount of debate a bill or motion will receive at a given stage. Notice is given, a short debate is had, a vote is called for and, if the motion is approved, a limit for debate is established.

In Tuesday's case, Government House leader Dominic LeBlanc moved a motion setting out that C-15, a budget implementation bill, would be debated at second reading for one further sitting day, having so far been debated for two-and-a-half days. All Liberal MPs voted in favour and so Tuesday was spent debating the bill. (After going to the finance committee for study, it will return to the House for further debate.)

Ideally, time allocation would never be necessary. In theory, the parties are expected to work out a schedule for the House amongst themselves, negotiating and bargaining over the amount of time each side would like to see devoted to the bills put before the House.

Alas, bitter rivals are not always able to find agreement.

It stands to reason that debate must somehow be limited; it's simply not being feasible to imagine that every MP would speak to every government bill at every stage. But anytime the governing party imposes a limit, the other parties can justifiably claim to have had their ability to speak curtailed.

(As allocation requires a 30-minute debate and then a vote, it is also, ironically, a waste of time.) 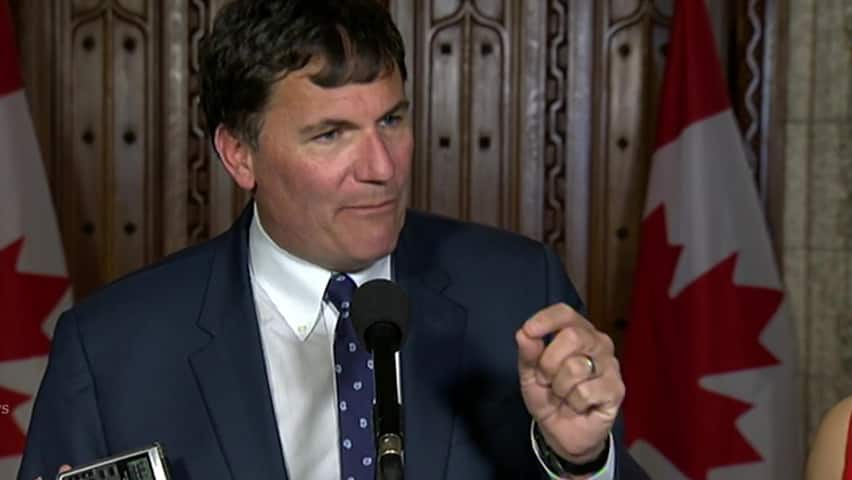 The popularization of time allocation

But suffice it to say, time allocation became synonymous in some parts with an abuse of the institution, just as the last decade helped familiarize the public with terms like "prorogation" and "omnibus legislation."

New Democrats have at least answered Kenney's question with an enthusiastic yes, lamenting not only for the use of time allocation, but also for the fact that the budget bill is omnibus in nature. Conservatives grumbled too about how greater amounts of time can better test a government's legislation.

In his own defence, Finance Minister Bill Morneau countered that, as compared to one of the previous government's last efforts, his budget bill was smaller and this use of time allocation less restrictive.

'A very necessary and normal tool'

Granted, that is perhaps not quite what everyone had in mind when they heard that better was always possible. On the other hand, it was perhaps too much to imagine that every bill would be carried to royal assent upon a unicorn riding a rainbow.

"I would hope that you would discount the fabricated indignation from some of the opposition parties," Dominic LeBlanc told reporters after the motion of time allocation had passed.

Time allocation, he said, is "unfortunately, a very necessary and normal tool to advance legislation through Parliament when the opposition parties are not able to come to an understanding with the government of how many more speakers there are at a particular bill or when we could bring it to a vote."

And he suggested that the opposition parties were happy to see the government using time allocation.

For whatever reason, agreement was not reached in this case. Nor was it reached last week on C-14, the government's bill on medically assisted death.

A new arrangement for debate could be useful. Or perhaps the House leaders could start publicly declaring how much debate they desire. At the very least, a promised amendment to limit the use of omnibus legislation is likely now overdue.

But, regardless, a government should step on its opposition lightly and humbly. As with sticking out one's tongue or inviting the in-laws to join you on matters of state, time allocation is a gesture best used sparingly.