Liberals drop some proposals, but seem ready to move ahead with reform to Parliament

The Liberal government is moving to break a month-old deadlock over parliamentary reform, dropping some proposals that had raised opposition concerns, but nonetheless seeming ready to make changes to the way the House of Commons works, with or without opposition support.

After 6-week filibuster, House leader tells opposition that Liberals will table motion in the House

The Liberal government is moving to break a month-old deadlock over parliamentary reform, dropping some proposals that had raised opposition concerns, but nonetheless seeming ready to make changes to the way the House of Commons works, with or without opposition support.

The government's intention is outlined in a letter from Government House leader Bardish Chagger to her Conservative and New Democrat counterparts that was delivered on Sunday.

In the letter, Chagger says the government will introduce a motion in the House that includes a set of reforms that were promised in the last Liberal campaign platform, including changes to question period, the consideration of omnibus legislation, and the process through which MPs approve government spending.

Other proposals, some of them controversial, will be dropped and a committee study, which was being filibustered by the opposition, will be abandoned.

The new motion is to be introduced before the House adjourns for the summer in June. 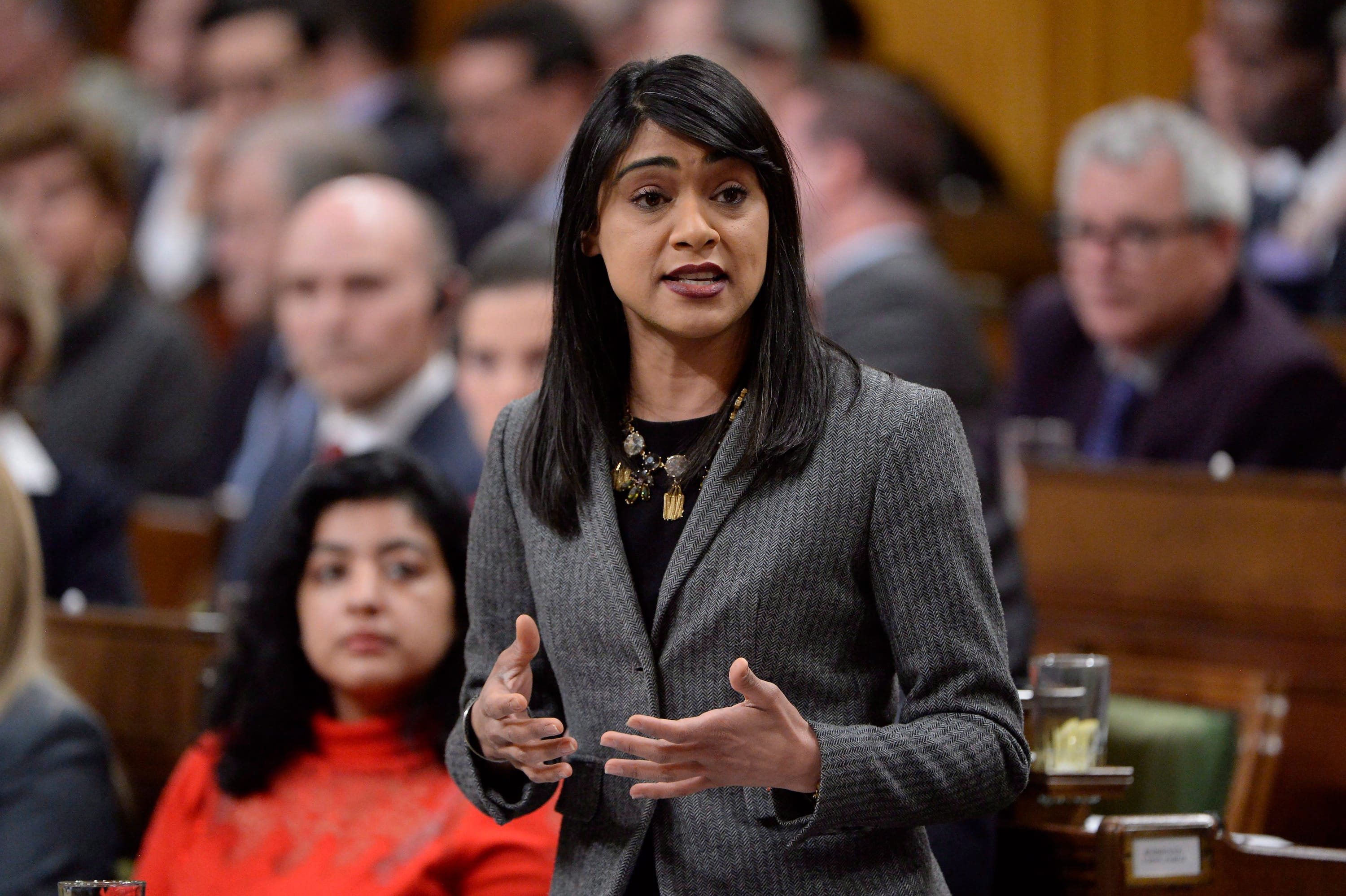 The Liberals, with a majority of seats in the House, would be able to approve the changes without the support of MPs in other parties, a possibility that has been at the heart of a messy dispute between the government and opposition.

"In the last election, Canadians were tired of how Stephen Harper's Conservatives had abused Parliament, so we really offered them real change and that's where some of our campaign commitments came from," Chagger said in an interview on Sunday.

"We have a mandate to really advance those changes and we really do want to deliver on the commitments that we've made to Canadians."

Repeating an argument the government has made on this issue, she said the Liberals "will not give the Conservatives a veto over any of our campaign commitments."

Chagger says she is interested in a "meaningful debate" and argues that the changes included in the motion will make the government more accountable to Parliament. But she suggests the government is committed to delivering on its promises of reform, regardless of opposition support.

Conservative House leader Candice Bergen said the motion will not be warmly received.

"I think what's happened is the Liberals have been hearing ... from Canadians that Canadians are not impressed with the arrogance of this government, the arrogance of this prime minister, that he thinks he can ram these changes through. And so they are scrambling and trying to do something," Bergen said in an interview on Sunday.

They are doing exactly the same thing though and it's not going to work. It's certainly not going to be a positive reception from us and the NDP, and I don't think overall Canadians will be receptive."

Bergen maintains that the rules of Parliament should only be changed with all-party consensus.

"For the past few weeks, the Liberals have tried to claim that all they've wanted was a discussion," Rankin said in a statement. "Well, they have just announced that they will be unilaterally forcing through changes to the way our Parliament works, largely just to suit themselves. Discussion was always just a pretence — it just took them a while to admit it. It's clear now that the emperor has no clothes." 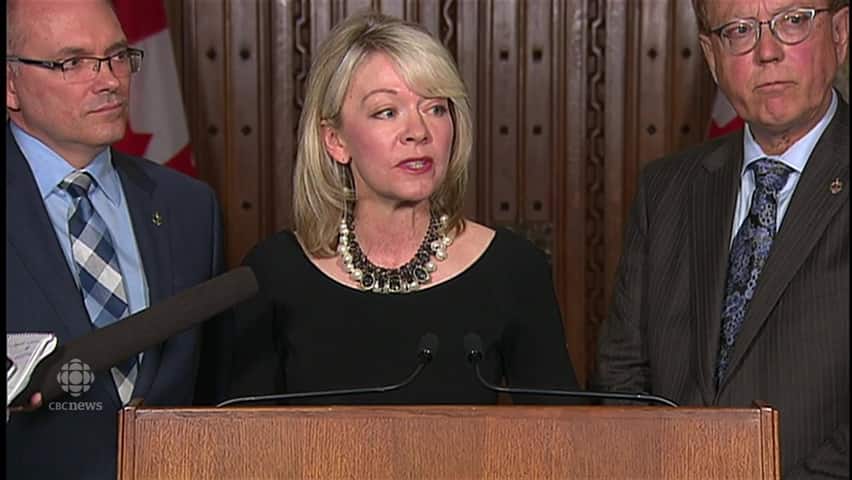 'The mask is off:' Opposition says good will lacking for house rule changes

How a discussion paper launched a filibuster

The parties have been at odds for more than a month, since the Liberals released a discussion paper on reform and proposed that the House committee on procedure take up a study of possible changes.

Conservatives and New Democrats expressed concerns about some of the ideas raised by the Liberals, including a new procedure to schedule debate in the House and limits on the ability of MPs to delay committee business. 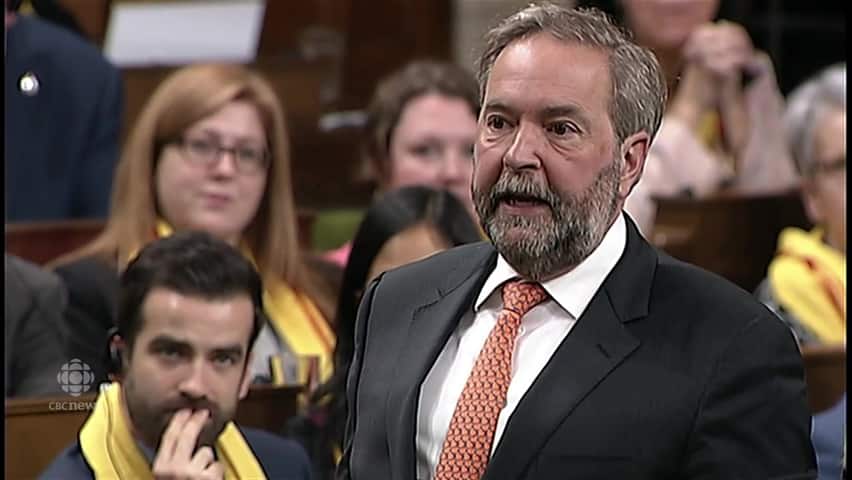 The Liberals refused and Conservatives and New Democrats responded by filibustering the proceedings at the committee, preventing a study from starting.

That protest spread to the House of Commons, where Conservatives used procedural manoeuvres to delay business. Two weeks ago, an unrelated debate in the House became a filibuster that tied up the chamber and could continue when the House resumes sitting on Monday.

In deciding to move a motion that puts their platform commitments to a vote, the Liberals will drop their pursuit of a larger committee study.

The new government motion has not yet been tabled, but the Liberal platform proposed:

The Liberals also said they would not abuse prorogation and have since proposed a new procedure for proroguing Parliament.

On Sunday, Bergen said the Conservatives are concerned that changing question period could result in the prime minister appearing only once per week. The Liberals have said that that is not their intention.

The Conservatives are also concerned that changes to the estimates process for reviewing spending could make it harder for the opposition to scrutinize the government.

Liberal MPs are generally expected to support the government on votes in the House that relate to platform commitments.

The government is abandoning its suggestion of  a new mechanism for scheduling House business (known as "programming.") But Chagger warns that, instead, the government will be relying more often on a procedure known as time allocation, which allows the government to cap the time for debate.

"We believe in the role Parliament plays to have constructive debate of legislation and I will always strive to find out from the opposition how much time is needed for debate," Chagger says. "But if there is no agreement, we will have to use time allocation more often."

The Liberal motion will also not include a proposal to eliminate the abbreviated sittings of the House that take place on Fridays and reapportion that time to other days, a suggestion that opposition parties have criticized.

The Liberals believe it would be better for MPs to be able to be in their ridings on Friday. Opposition MPs have complained that doing away with the Friday sitting would deprive the opposition of a day to question the government (though sparsely attended, a session of question period is conducted on Friday mornings).

The Liberals say they will discuss the proposal within their caucus and ask that the Conservatives and New Democrats do likewise.