Compromising on the electoral reform committee was part of Justin Trudeau's promise to do politics differently, two weeks after the elbow incident marked him as a man trying to manhandle Parliament.

With compromise on electoral reform committee, Trudeau again seemed to change the way politics is done

On Wednesday morning, Liberal MPs at their weekly caucus meeting decided amongst themselves to stop applauding each other during question period.

The next two ensuing afternoons were not wholly without clapping on the government side — the rote act of putting one's hands together whenever a colleague finishes speaking is so deeply ingrained a habit at this point that absent-minded MPs still found themselves applauding, often awkwardly stopping themselves after a clap or two — but the relative quiet was still remarkable.

Question period has long since devolved into a contest of cheering partisans incessantly applauding each other lest anyone watching at home be left with any doubt about the righteousness of what was just said.

By comparison, not clapping seems almost dignified. As if the chamber were a place for serious matters, not the scene of some sporting event. And surely the Liberals might benefit from a contrast with louder caucuses.

No clapping and then a compromise

A few hours after the Liberal caucus made that decision at its weekly caucus meeting, Maryam Monsef, minister of democratic institutions, met with Nathan Cullen, her NDP critic, for a chat. "That was interesting," Cullen said as he walked into the foyer to speak with reporters afterwards.

Discussions between the New Democrats and the Liberals continued into Wednesday evening and by Thursday morning they had a deal to move forward with an electoral reform committee on which seats would be proportionally allotted by popular vote, the Liberals abandoning their proposal of a committee on which they would hold a majority of seats.

"We heard the opposition's concerns that we were perhaps behaving in a way that was resembling more the previous government than the kind of approach and tone that we promised throughout the electoral campaign," the Prime Minister explained on Thursday, crafting a moment of self-congratulatory humility, "and we're happy to demonstrate that absolutely we're looking for ways to better work with our colleagues in the House, to better hear from Canadians and their concerns and I look forward to working towards reforming our electoral system with the input of as many Canadians, including opposition parties, as possible."

This was something like Justin Trudeau's party trick of falling down a flight of stairs without hurting himself.

Possibly the Liberals should have gone with the NDP's proposal from the start. But then, in having to publicly change their position, perhaps they managed to make a more noticeable show of their willingness to compromise (Look at us! We're not above changing our minds!).

Regardless, the result is that Trudeau seemed suddenly to be doing politics differently once again, precisely two weeks after the elbow incident in which he seemed in danger of epitomizing a government that was manhandling Parliament.

A day before the compromise, Bruce Anderson, the pollster and strategist, noted that nearly two-thirds of respondents to a survey by Abacus Data last month were of the belief that the Liberal government's push for electoral reform was motivated not by partisan self-interest, but by a desire to "to improve the system so voters feel it better reflects their view."

That mirrors a general finding by Abacus in May that 76 per cent of respondents agreed with the statement that Justin Trudeau "tries to do the right thing for the country."

That is a presumption of good intent that Trudeau can burn through or bolster with his government's behaviour.

It is exactly that question of intent that Conservatives have targeted with their suggestions that the government is planning to impose a system (the ranked ballot) that would most benefit the Liberal party.

The Conservative insistence on a referendum before any new system is introduced could also be seen as a matter of self-interest (the Conservatives might be better off with the current first-past-the-post system and a referendum might favour the status quo). But a referendum has the distinct benefit of resting on the easily defensible democratic principle that the public should decide. 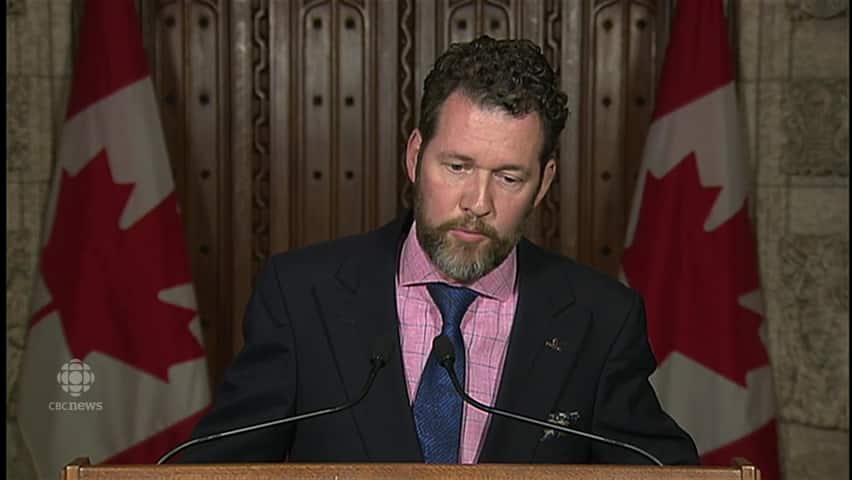 5 years ago
0:43
Reid was responding to the Liberal-NDP deal on Electoral Reform 0:43

How to reform federal elections

The committee compromise complicates Opposition claims that the Liberals are angling to game the system. And if the committee process concludes with a proposal that, say, the Liberals, New Democrats and Greens agree on, and some number of civil-society groups and columnists support, the reformers might also have a claim to legitimacy..

(Of course, multi-party agreement might have resulted from the previous committee structure too, but, now that no one party will have a majority on the committee, it's necessary.)

The premise that process matters is ingrained in various segments of Liberal policy (resource development, climate change policy) and in the constant rhetoric and practice of "consulting" with Canadians.

In making a deal on the electoral reform committee, the Liberals said they wanted to get past talking about the process.

As the minister of democratic institutions happily noted upon explaining her willingness to compromise, "We intend to do politics differently, and this is us demonstrating that."

When Ensight consulted voters after last year's election, they found that voters "had little knowledge of specific policies proposed by Trudeau and, frankly, did not care to know," the firm's Will Stewart wrote recently. "What voters we spoke with were focused on was the way in which Trudeau would govern."

The last six months of fussing and fumbling were likely a hint of how fraught the process of finding a new electoral system might be.

But in getting agreement on the process the Liberals might stand a better chance of getting to an acceptable policy.

Still, it would be rather premature for them to applaud themselves just yet. The long and potentially treacherous task of enacting a wholesale reconfiguration of the federal electoral system still remains.