Liberal pursuit of electoral reform off to a difficult start

If one measures the quality of a democracy by the amount of noise it generates, this was indisputably a good day for Canadian democracy. But otherwise, the amount of fuming and howling suggested some amount of disagreement with Maryam Monsef's assessment that yesterday was not just a good day, but a "great day" for democracy.

"Mr. Speaker," the minister for democratic institutions insisted, "it is a good day for democracy."

If one measures the quality of a democracy by the amount of noise it generates, Wednesday was indisputably a good day for Canadian democracy. But otherwise, the amount of fuming and howling in the House of Commons suggested some amount of disagreement with Monsef's assessment.

"Mr. Speaker, today is a sad day for democracy, whether the minister will admit it or not," lamented Conservative MP Alain Rayes.

It might be agreed that Wednesday, when the Liberals laid out their initial proposals for getting to a new electoral system, was not the new government's finest day. 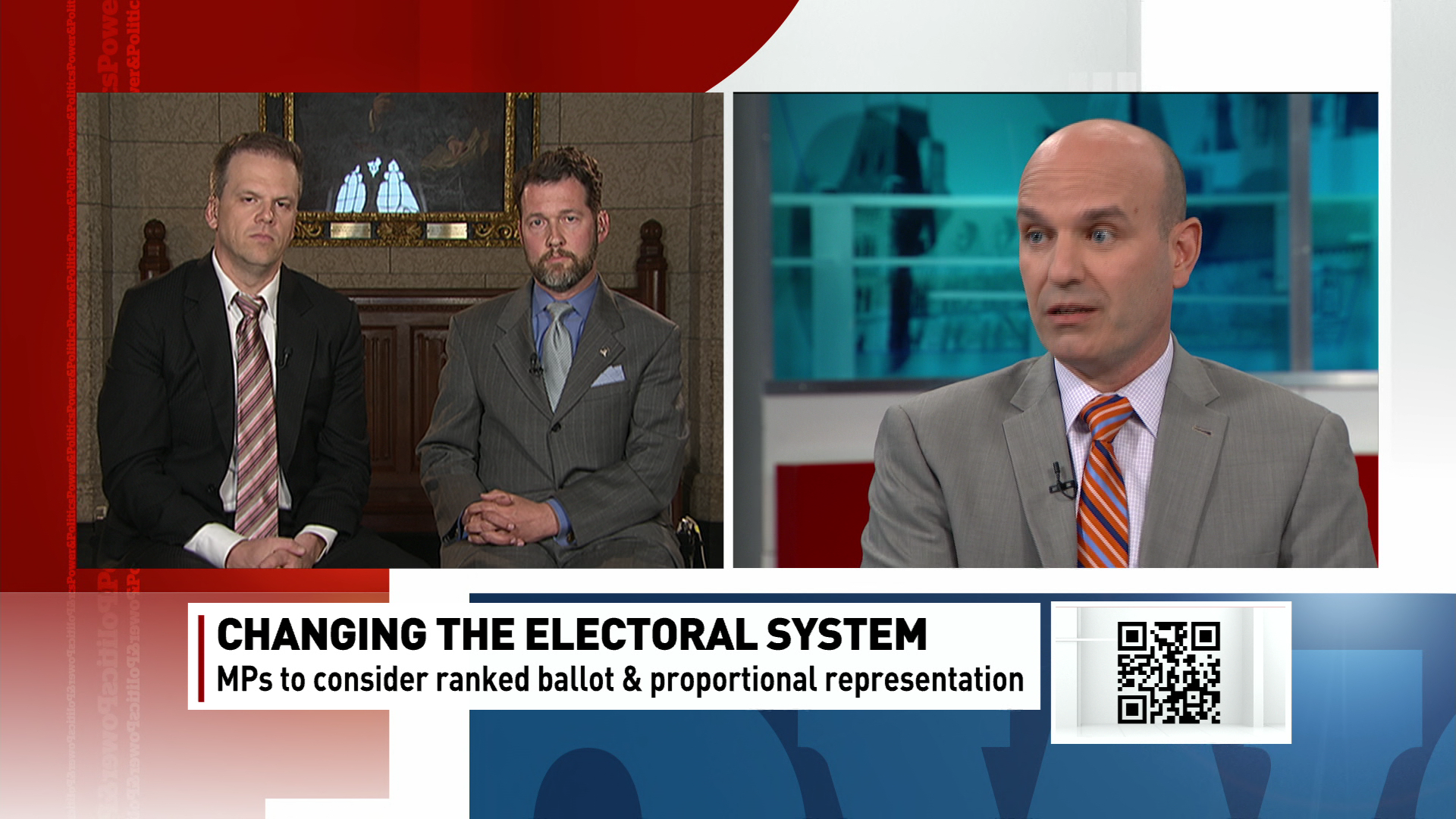 At its core, the current plan tasks a ten-member committee with studying alternatives to the current first-past-the-post setup. Six of those ten would be Liberal MPs, three Conservatives and one New Democrat (a Bloc Quebecois MP and Green MP Elizabeth May would sit with the committee, but would not be able to vote).

First is the fact that Liberals will together occupy a majority of the committee's votes. For sure, that is in line with the current make-up of the House of Commons and every other House committee, a reflection of last fall's election, as conducted under the basic rules that have governed this country since its inception.

But the logical dilemma is obvious.

As NDP leader Tom Mulcair complained, "The facts are that over 60 per cent of Canadians did not vote for the Liberal Party. The Prime Minister seemed to acknowledge the problem, but then he stacked the committee so Liberals could, alone, impose the next voting system on everyone."

As Conservative House leader Andrew Scheer wondered aloud on Wednesday, "If the Liberals think the system that elected them is illegitimate, why are the Liberals giving themselves a majority on the committee?"

NDP critic Nathan Cullen had proposed a committee based on the proportion of popular vote. In their defence, the Liberals note that they were open-minded enough to marginally include the Bloc and Greens.

Second is the question of a referendum. The Conservatives are quite insistent a new electoral system not be implemented without winning approval in a nationwide vote. The Liberals have been non-committal, suggesting only that the committee could recommend conducting a referendum.

There are academic arguments to be made against the wisdom or absolute necessity of a referendum, but it is unfortunately difficult to make those arguments without sounding disrespectful of the common wisdom.

And so one must be careful about how one proceeds along these lines.

"Mr. Speaker, while I recognize that it may be comforting for some to stay in the past," Monsef advised the House on Wednesday when presented with the last of several demands for a referendum, "in the 21st century there are many other tools and ways to engage Canadians in important conversations, like one about democratic institutions."

There were groans and complaints from the Conservative side.

This was possibly her least advisable response (there was another one where she commended her own government on its leadership).

On Thursday, she seemed somewhat less effusive, but her critics were no more convinced.

"Why does the current Liberal government have so much less confidence in the common sense of Canadians?" Jason Kenney asked on Thursday afternoon after citing the precedents for a referendum.

Rather than simply defer the decision on a referendum, Monsef attempted a tricky argument about representation.

"Mr. Speaker, I appreciate the honourable member's desire to hear from Canadians, but I have yet to hear from him or his colleagues on how a referendum could help us hear from those who do not traditionally engage in the democratic process..."

"... like young people, women, indigenous persons, those with disabilities and exceptionalities, and those living in remote and rural regions of this country."

After another question from Kenney, Monsef boasted that the hashtag #electoralreform had registered "12 million impressions" on Twitter on Wednesday.

Across the aisle there were laughs. 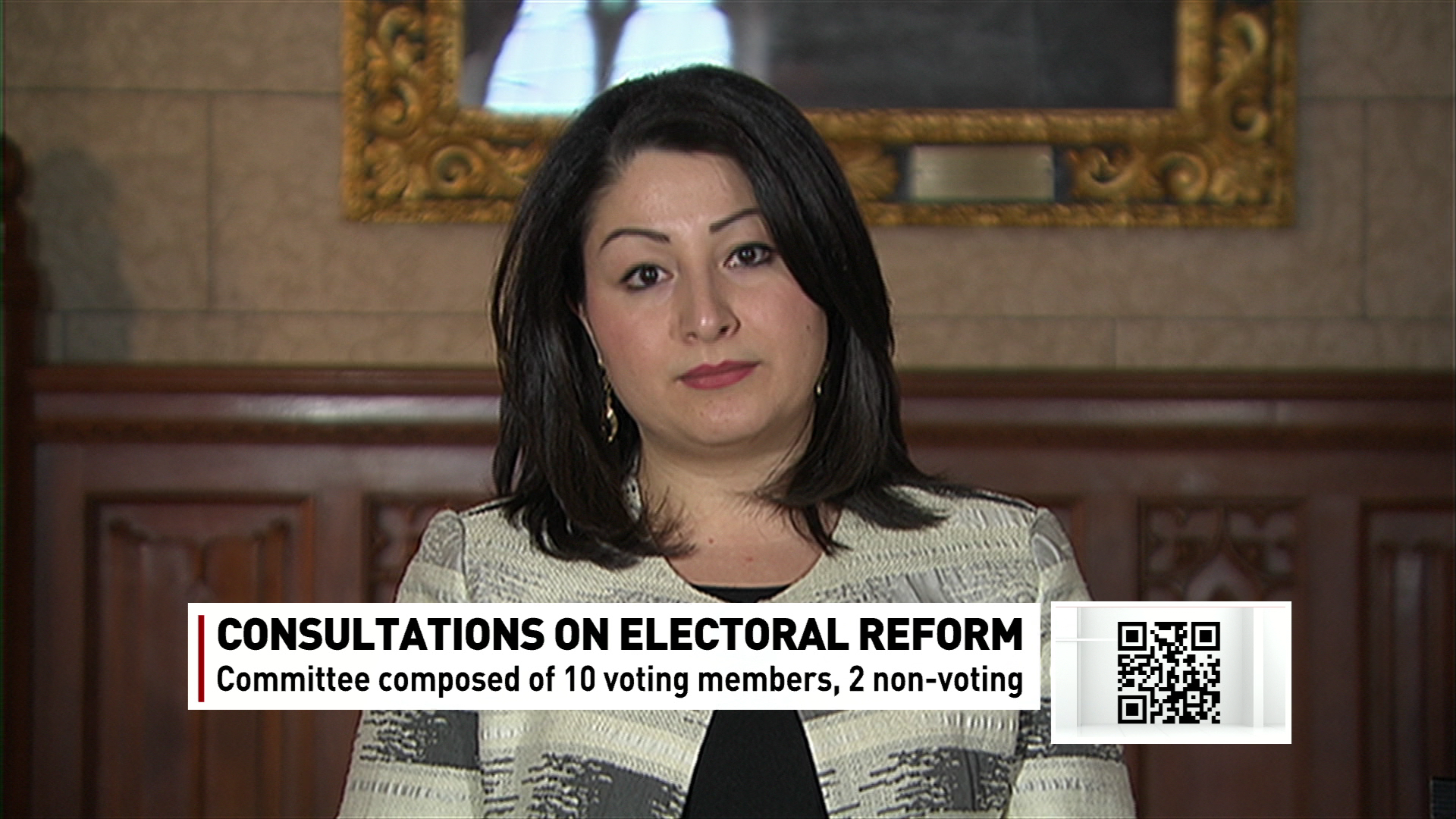 Monsef's best moment on Wednesday was when she challenged the official opposition's heckling. And on Thursday, in hopes of dismissing the minister's concern for the disenfranchised, Conservative critic Scott Reid casually dismissed the ability of any parliamentary committee to hear from a diversity of Canadians.

At some point, the loud condemnation of the Liberal process might make one question the legitimacy of everything that occurs in and around the House of Commons over these four years. And, of course, it's still possible that this will all end with a process and a result that are generally accepted.

But the Liberals might have saved themselves the trouble of having to defend the very make-up of the electoral-reform committee, and demonstrated a bit of magnanimity and creativity, by adopting something like Cullen's proposal.

Then they would have merely had to dance around the question of a referendum.

"Yesterday," Monsef said this afternoon, "we announced the first step towards hearing from Canadians about how to bring their democracy into the 21st century."

Her Liberal colleagues gave her a supportive standing ovation when she finished with the first set of questions on Thursday.

This is indeed just the first step. But if every step is the subject of such consternation, it is going to be a long trip.