Sweating the small stuff: Scandals and the strange way we count government spending

Based on what makes for a government spending scandal in this country, the rule of public funds might be thus: every dollar counts, but the smaller and selfish dollars are easier to count.

Liberal expenses aren't insignificant, even if they are only a fraction of the federal budget

"Justin Trudeau's Liberals are racking up billions of dollars in new debt on the shoulders of all Canadians. Their projected deficit for 2016 alone is $30 BILLION!" the Conservative Party laments at LiberalDebt.ca, a website presumably created to mock the Liberal government's deficit-spending.

"Along with this big spending comes the same old Liberal entitlement."

So far, the Conservatives list 11 allegedly egregious expenses, four of which, starting with the health minister's bill for a car service, have emerged over the past week.

All told, the purported profligacy amounts to approximately $1.3 million, most of which was spent setting up offices for a new ministry dedicated to infrastructure.

That, of course, is a significant sum of money. Even if it would also represent 0.004 per cent of the federal deficit projected for the current fiscal year and an infinitesimal fraction of the $317 billion the federal government plans to spend over those 12 months.

The rule of public funds might be thus: every dollar counts, but the smaller and selfish dollars are easier to count.

Keeping the politicians in check

It would be irresponsible to excuse or dismiss political expense scandals, not only because the dollars involved are public funds, but because there is obvious utility in keeping in check the politicians, governments and public officials who have access to those funds.

With no fear of public scorn, ministers might not merely be buying passes to the Air Canada lounge, but purchasing themselves actual planes, then painting the jets gold and writing their names in big letters on the side. (Granted, a race to the bottom to see how cheaply we can pull off democracy also seems unwise.)

And while it's perhaps amusing to see the Conservatives fussing and fuming in this regard — their own recently departed government having spent tens of millions on self-serving television ads and their prime minister having put a total of 40 ministers on the public payroll at one point — the Liberals are now perilously close to seeming to have a spending problem.

Whether the result of arrogance, carelessness or inexperience, it would seem the finer details aren't being minded consistently. Each expense is a potential waste of money, perceived or real. And each example of excess has the potential to undermine a government's ability to claim it can be trusted to act responsibly.

Worse, for a progressive government that presumably wants voters to believe government can implement policies that accomplish great things, every questionable bill suggests public administration is inherently wasteful and needlessly expensive and that politicians can't be trusted.

In theory, these relatively small sums could hint at some greater lack of discipline. But even if paying too much for a car service — an expense that is potentially more problematic because a Liberal campaign volunteer owns said service — is not necessarily indicative of a government that will burn billions in pursuit of its policy goals, small excesses might echo if larger sums are found to have been poorly spent.

But what of those larger sums?

What about the billions in other spending?

It is, as the Globe and Mail's editors argued on Tuesday, vaguely incoherent that great amounts of energy are expended fussing over how much the environment minister paid to hire a French photographer or whether the prime minister should have brought his in-laws to the state dinner while much of the rest of what the government spends — the overwhelming bulk of public funds allocated each year — passes with proportionally less fretting and mockery. 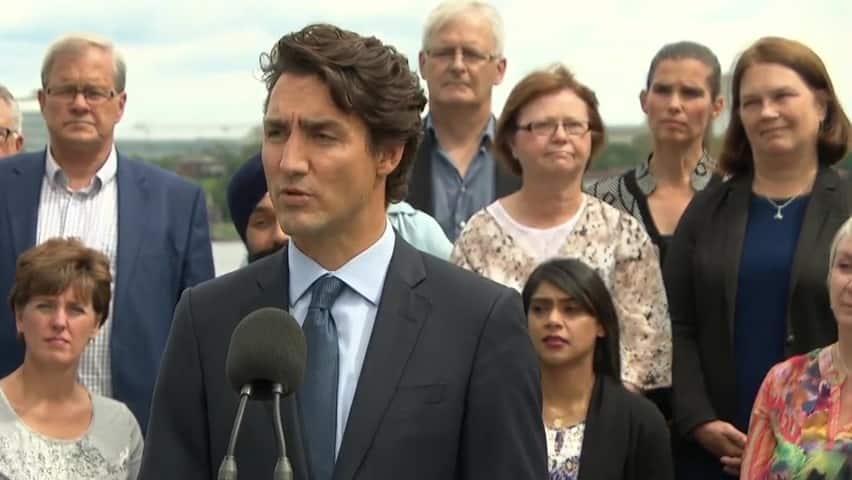 The process by which the House of Commons approves the government's spending is arcane and complicated. And MPs sign off on billions of dollars in expenditures after only a cursory review. As much as Parliament possesses the power of the purse, it is only barely exercised, periodically assisted by the auditor general or parliamentary budget officer.

With reform and effort, that much could be improved. But even then, a multibillion-dollar program's worth can be difficult to measure and the results debatable. Whereas taxpayers are likely to find $1,700 to be driven around for a day more obviously silly.

Two years ago, Joe Oliver, as the finance minister of the day, committed $550 million over two years to a "small business hiring credit." When the parliamentary budget officer predicted the measure would create a grand total of 800 jobs, Oliver was chided by Liberals and New Democrats, but he wasn't compelled to apologize or retract the proposal.

While claiming his department had not bothered to analyze the proposal, he fell back on a rather more optimistic projection from the Canadian Federation of Independent Business. But with Conservatives voting in favour, the bill containing the measure passed Parliament easily.

Of course, if Joe Oliver had been caught spending $550 million on orange juice or pictures of himself, the outrage and embarrassment would have been far greater, even if he claimed his expenses had created 800 jobs in the juice or photography industries.

With the job credit, in other words, Oliver could at least claim the right intent.

But ideally we might fret and fuss about both the price of hiring a photographer for the environment minister and whether creating 800 jobs is worth $550 million.

Similarly, the Liberal deficit should surely be measured on more probative terms. In the meantime, ministerial expenses and the cost of putting in a new diving board at 24 Sussex might be flawed, if easily accessible, proxies.