The committee of MPs studying electoral reform in Canada recommends holding a referendum that pits the current system against a proportional representation system. But Liberal members of the committee say government should not move forward now. 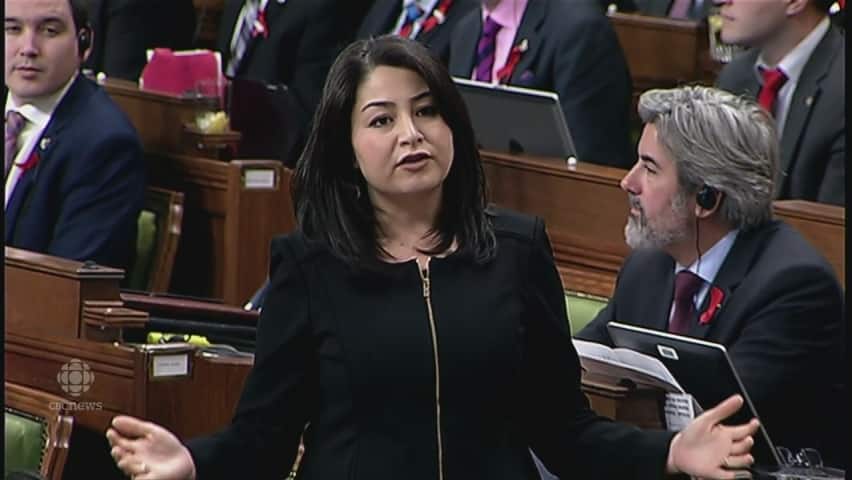 Electoral reform clash in the House of Commons

4 years agoVideo
2:31
During question period in the House of Commons Thursday. Democratic Institutions Minister Maryam Monsef accuses the Opposition of not doing its job on the electoral reform committee. 2:31

The special committee of MPs studying electoral reform in Canada recommends the government hold a referendum that pits the current system against a system of proportional representation, without specifying a particular alternative.

But the Liberal members of the committee do not agree that a referendum should be conducted at this time, casting doubt on whether the Trudeau government will be able to fulfil its campaign promise of electoral reform in time for the 2019 election.

NDP and Green members, in a joint supplementary report, also still question the need for a referendum.

The committee's seemingly contradictory report led to a rebuke from Minister of Democratic Reform Maryam Monsef during question period, when she accused it of shirking responsibility.

"I have to admit I'm a little disappointed, because what we had hoped the committee would provide us with would be a specific alternative system to first past the post. Instead, they've provided us with the Gallagher Index," Monsef said, referring to a complicated formula of determining the proportionality of a legislature.

"They did not complete the hard work we had expected them to," she said. "On the hard choices that we asked the committee to make, Mr. Speaker, they took a pass."

Interim Conservative Leader Rona Ambrose said Monsef's comments were insulting, "and, frankly, it's a disgrace," she told reporters after Monsef's remarks in the House.

'Insult' to the committee

"We did our work, we met our mandate. This may have been the worst day she had in question period," May said. "I cannot possibly imagine why the minister chose to insult the committee and chose to mislead Canadians. If she meant what she said, it's appalling."

NDP MP Nathan Cullen, who sat on the committee, said it was very difficult to hear those remarks after all the time MPs spent trying to craft a report. He said they did recommend an option — some form of proportional representation — but decided not to endorse one system so as to give the government some flexibility. 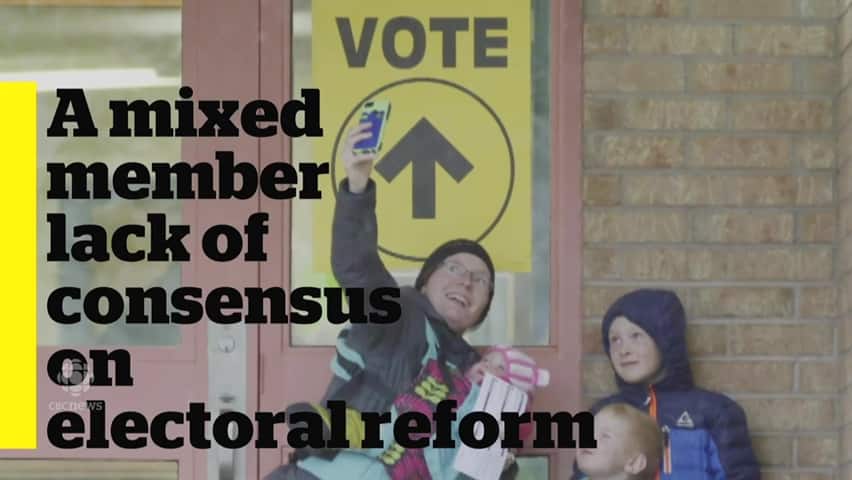 4 years agoVideo
1:11
The special committee on Electoral Reform recommends a referendum but the Liberals dissent 1:11

"My son saw his mom for total of 6 hours over 3 weeks, while the [electoral reform committee] toured Canada, so, try again Maryam," he said. The tweet was later deleted.

"The committee recommends that the government should, as it develops a new electoral system … minimize the
level of distortion between the popular will of the electorate and the resultant seat allocations in Parliament," reads the majority report of the special committee.

That system would then be put against the current first-past-the-post system in a referendum.

The committee also recommends that the government not proceed with either mandatory or online voting at this time.

Monsef has criticized the current first-past-the-post system, but she has repeatedly insisted that the government will not implement reform without the broad support of Canadians, while also questioning whether a referendum is the best way to measure public opinion.

NDP MPs and Elizabeth May weigh in

In a joint supplementary report, the NDP members of the committee and Green MP Elizabeth May recommend two alternative models:

If a referendum is held, the three committee members argue, their two alternatives should be on the ballot alongside first-past-the-post, and Canadians 16 and older should be eligible to vote.

But the New Democrats and May are not enthusiastic about a referendum: "While it remains an option," they write, "we have serious concerns about holding a referendum on electoral reform." 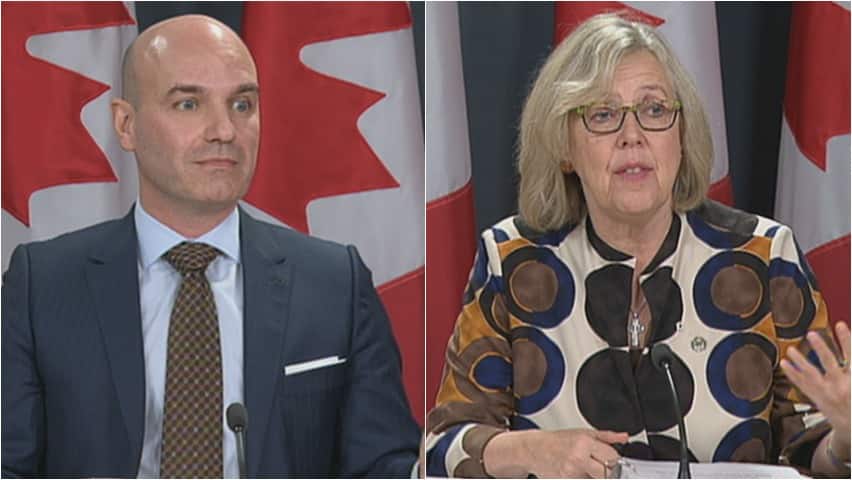 Cullen says Liberals may not be interested in keeping promise

4 years agoVideo
1:40
NDP MP Nathan Cullen says the Electoral Reform Committee found ways to compromise to help the Liberals keep a promise they may now not be interested in keeping. 1:40

In their supplemental report, the Liberal members of the committee question the basis for proceeding with a referendum, the formula proposed for measuring the proportionality of an alternative proposal (the so-called Gallagher Index) and the timing of implementing reform for 2019.

"The recommendations posed in the majority report regarding alternative electoral systems are rushed and are too radical to impose at this time as Canadians must be more engaged," the Liberals write.

"Our position is that the timeline on electoral reform as proposed … is unnecessarily hasty and runs the risk of undermining the legitimacy of the process by racing toward a predetermined deadline."

Speaking to reporters after the report's tabling, Liberal MP Matt DeCourcey said that the "level of engagement with the electoral reform process amongst the Canadian public is still insufficient to generate a clear mandate" for moving forward.

Liberals, DeCourcey said, are concerned with the "divisive nature" of a referendum and the ability of such a tool to produce a fair result.

Marc Mayrand, the chief electoral officer, has said that a new system must be chosen approximately two years in advance of the next election, and DeCourcey said Liberals feel implementing reform for 2019 would thus be rushed.

Further outreach and study is necessary before any change is made, DeCourcey said.

The committee was struck in June to study alternatives to the current first-past-the-post voting system for federal elections. In last year's federal campaign, the Liberals committed to forming such a committee and implementing a new system in time for the 2019 election. 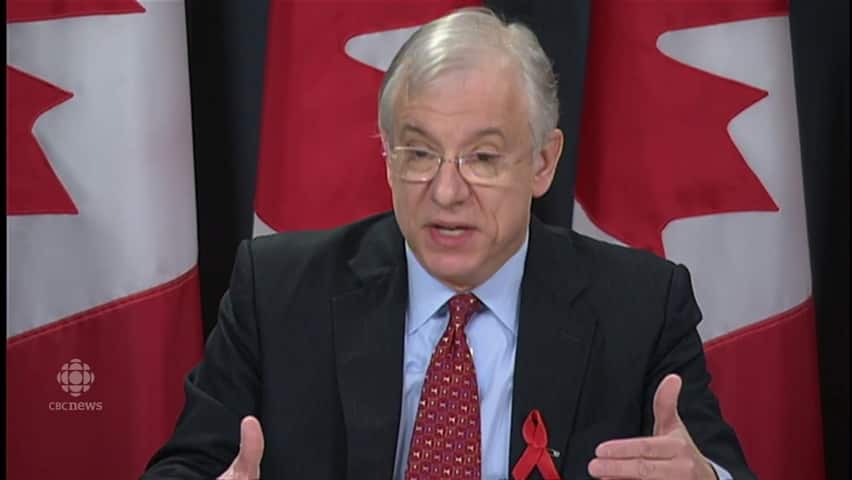 Scarpaleggia seems to back down on electoral reform promise

4 years agoVideo
2:09
Electoral Reform Committee Chair Francis Scarpaleggia says that there is a danger in going ahead with electoral reform before the next election if Canadians are not properly engaged. 2:09

After opposition complaint, the Liberals agreed that the committee would include five Liberals, three Conservatives, two New Democrats, one member of the Bloc Québécois and May — the seats allotted roughly in proportion to the popular vote in 2015.

That alignment apparently cleared the way for opposition MPs to agree among themselves on a majority proposal.

Cullen said the fact the committee could not find consensus is no excuse not to have a new system in place for the next election in 2019. There is enough time to usher in change, even with a referendum, he insisted.

"In Canada's 150th year, I think it's time for us to evolve our democracy, to enhance it and give voters more power and a proper system for voting," he said.