Prime Minister Justin Trudeau has flatly rejected a controversial recommendation from a parliamentary committee calling for a five per cent tax on broadband internet services.

Prime Minister Justin Trudeau has flatly rejected a controversial recommendation from a parliamentary committee calling for a five per cent tax on broadband internet services.

The new levy, included in a majority report of the Canadian Heritage committee released Thursday, was intended to boost a media sector struggling to adapt to technological changes and evolving consumer habits.

"We respect the independence of committees and Parliament and the work and the studies they do, but allow me to be clear: We're not raising taxes on the middle class, we're lowering them," he said during an event in Montreal. "We're not going to be raising taxes on the middle class through an internet broadband tax. That is not an idea we are taking on."

Trudeau said his Liberal government was elected on a promise to lower taxes for the middle class and raise them on the wealthiest one per cent.

The committee's report suggested the proposal would add hundreds of millions of dollars in revenues to the Canadian Media Fund, which already receives a levy on cable bills to finance the production of Canadian content.

The tax, levied on broadband internet providers, would apply to high-speed internet services that allow for the streaming of music, movies and TV shows, but not to slower and less costly services. 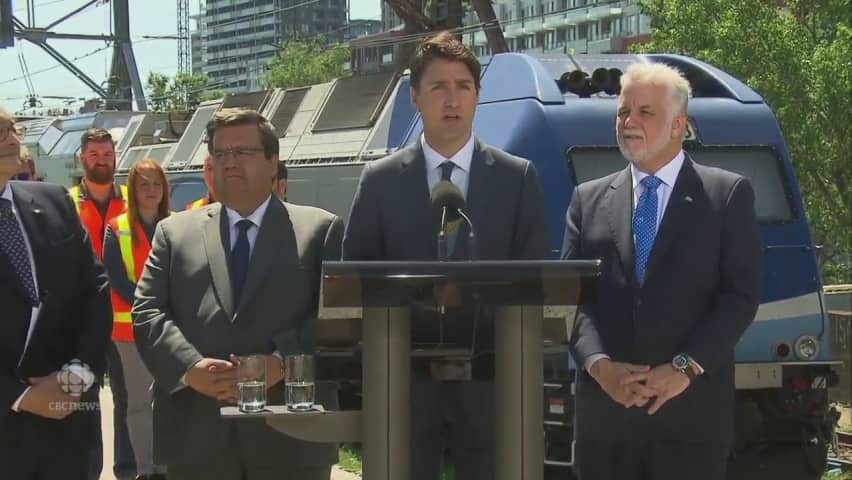 Trudeau say No to a Netflix tax

Revenue generated by the current cable levy is no longer seen as sufficient in an age of cord cutting and "over-the-top" services that stream content over the internet.

The Heritage committee has spent more than a year studying the industry, which has been steadily losing advertising revenue and market shares to online giants such as Facebook, Netflix and Google.

Taxes 'not the answer'

Thursday's report offers 20 recommendations but was not unanimous. The Conservative members of the committee wrote a minority report, arguing that their Liberal counterparts are living in the past.

The majority report recommends requiring the publicly funded CBC to eliminate advertising on its digital platforms; letting media companies deduct taxes on digital advertising on Canadian-owned platforms; and a tax credit for print outlets for a portion of their digital investments.

Liberal MP Hedy Fry, chair of the heritage committee that produced the study, says the aim of the recommendations is to level the playing field for Canada's media companies.

"We had very important debates. We really were passionate about this," Fry told the House of Commons as she tabled the report.

"There was a difference of opinion, however, Mr. Speaker."

Conservative MP Peter Van Loan tabled the dissenting report, which he described as being "very much in contrast" with Fry's report.

"Overwhelmingly, the recommendations of the majority on the committee have embraced an effort to turn back the clock in the media world, and keep things the way they were," Van Loan said.

"To try and replicate the ways of the analog world in a new digital world. This is a fool's errand; the world is changing (and) change means disruption.

Higher taxes and government control of the news is not the answer to the problem."