Several former employees of WE Charity have told CBC News they felt pressured to attend a holiday party in the Toronto riding of Bill Morneau and claimed they were not told by their supervisors that the event would be hosted by the finance minister.

Morneau spokesperson says party was one of several regular community events held in riding, open to the public

The guests posing for photos at a holiday party Bill Morneau held in his downtown Toronto riding in December 2018 were all smiles, but not everyone was having a good time.

Several former employees of WE Charity have told CBC News they felt pressured to attend the event put on each year by the federal finance minister and MP for Toronto Centre.

"None of us wanted to go," said a former employee, whom CBC News has agreed to refer to as Robin.

Robin is one of three former WE Charity employees who allege co-founder Marc Kielburger's chief of staff, Jackie Pilon, repeatedly asked them to attend the event on Dec. 13, 2018, even after they told her they'd rather not.

The employees said they were not told by their supervisors that the party would be hosted by Morneau although an email that WE says was sent by Pilon to employees at the time shows a forwarded invitation from Morneau's office that clearly identifies the party as an event hosted by Morneau. The email was supplied to CBC after the initial publication of this story.

Robin claims Pilon asked them to go after work to "fill the room" and that Pilon described the celebration as though it were a "WE event or a Craig Kielburger event," referring to Kielburger's brother and WE co-founder Craig Kielburger.

"[She] kind of kept dancing around any details. … It was framed as though this was an event centred around Craig, and Bill Morneau would just happen to be there."

'This was very much about Bill Morneau'

When Robin and nine other colleagues arrived at the party, they were surprised to see anti-pipeline protesters outside the downtown Toronto venue known as The 519, an event space run by the City of Toronto.

Another former employee who attended the Morneau party says WE paid for staff's Uber rides to the venue and offered to let them come in late the next day.

WE Charity said in an email to CBC that it is "completely false" to state that Pilon in any way suggested the party was a WE event or misled staff by not disclosing the event was hosted by Morneau.

"The invitation staff would have received clearly states that it was a neighbourhood event put on by Morneau," it said.

"Bill Morneau also hosts an annual BBQ and an annual holiday party in his riding, which is open to the public. Attendance for these free events is not tracked," Herbert said in a statement.

"The WE organization has not received any invitations to any partisan or political events in Toronto Centre."

Under federal income tax law, registered charities can't use their resources to support political parties or candidates, but it's unclear whether the holiday party would qualify as a political function without knowing whether party donations were collected at the event, for example.

In a statement to CBC News, WE called the allegations from the former employees a "significant mischaracterization of events."

"Based on our records, and to the best of our knowledge, WE Charity and ME to WE social enterprise has never circulated an invitation to staff to attend a political event such as a political rally or political fundraiser," the organization said.

CBC agreed not to identify Robin and other former WE employees who participated in this story, because they had all signed non-disclosure agreements with WE that prevent them from speaking out.

However, the former employees say they want Canadians to know more about the international development and youth empowerment charity that attracts rich and powerful supporters such as Morneau and his family, who have donated a total of $100,000.

The Liberals are under fire for possible conflicts of interest involving Prime Minister Justin Trudeau and Morneau and WE, the charity organization the federal government chose to administer its student volunteer program, the Canada Student Service Grant.

That agreement was eventually dissolved in the face of public criticism that the government did not seek other bids, that Trudeau had personal ties to the organization and that several of the prime minister's family members were paid for speaking engagements at WE events.

Neither Trudeau nor Morneau — both of whose family members had ties to WE — recused themselves from cabinet discussions on awarding the contract, which would have seen WE Charity receive up to $43.5 million to oversee the program.

Testifying before the Commons finance committee on Tuesday, the Kielburger brothers said WE Charity is a non-partisan organization that has worked with federal and provincial governments of all political stripes across Canada.

Trudeau is scheduled to testify before the committee on Thursday. 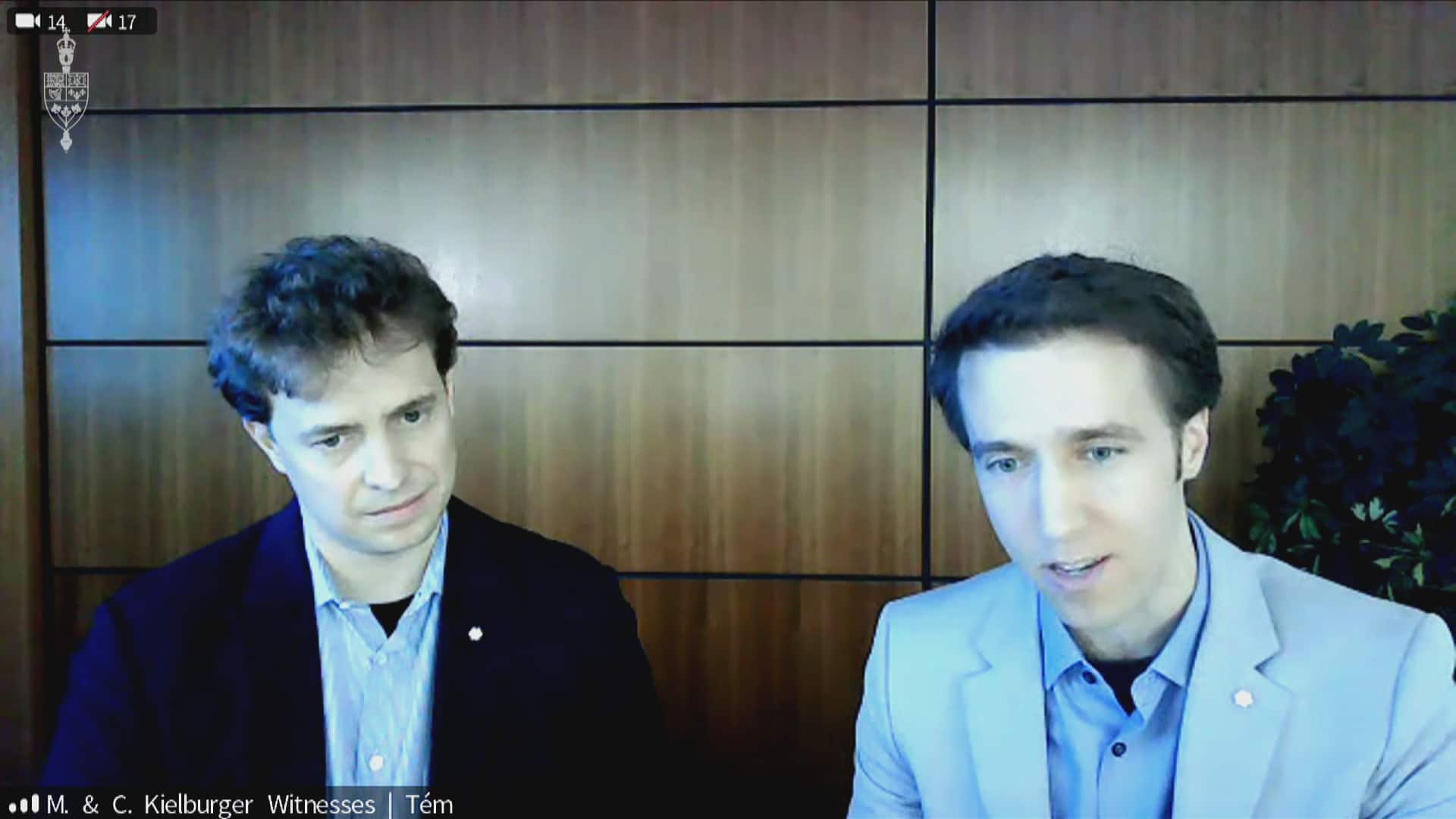 6 months agoVideo
12:00
Craig and Marc Kielburger, founders of the WE Charity, spoke to MPs on the Commons Finance committee Tuesday. 12:00

Kenya trip included meeting with WE

In July 2017, while travelling in Kenya, Morneau's wife and one of his daughters visited WE facilities and met with WE representatives to learn about the charity's work in the country.

Four months later, on Nov. 9, 2017, Morneau chose WE's Global Learning Centre in Toronto to kick off his public budget consultations, which typically include meetings with a variety of special interest groups across the country.

"The goals of these events is to hear from Canadians about their priorities, ideas and suggestions on what should be included in the next budget," Morneau's spokesperson said of the event.

"The pre-budget consultations hosted by WE were one of many events held with a variety of key stakeholders on issues that matter to Canadians, such as science, innovation and gender equality."

A month after the budget consultation, the Morneau family travelled with WE to Ecuador.

The finance minister recently reimbursed WE $41,366 for travel expenses from the two trips.

WATCH | Morneau has faced questions about possible conflict of interest related to his involvement with WE: 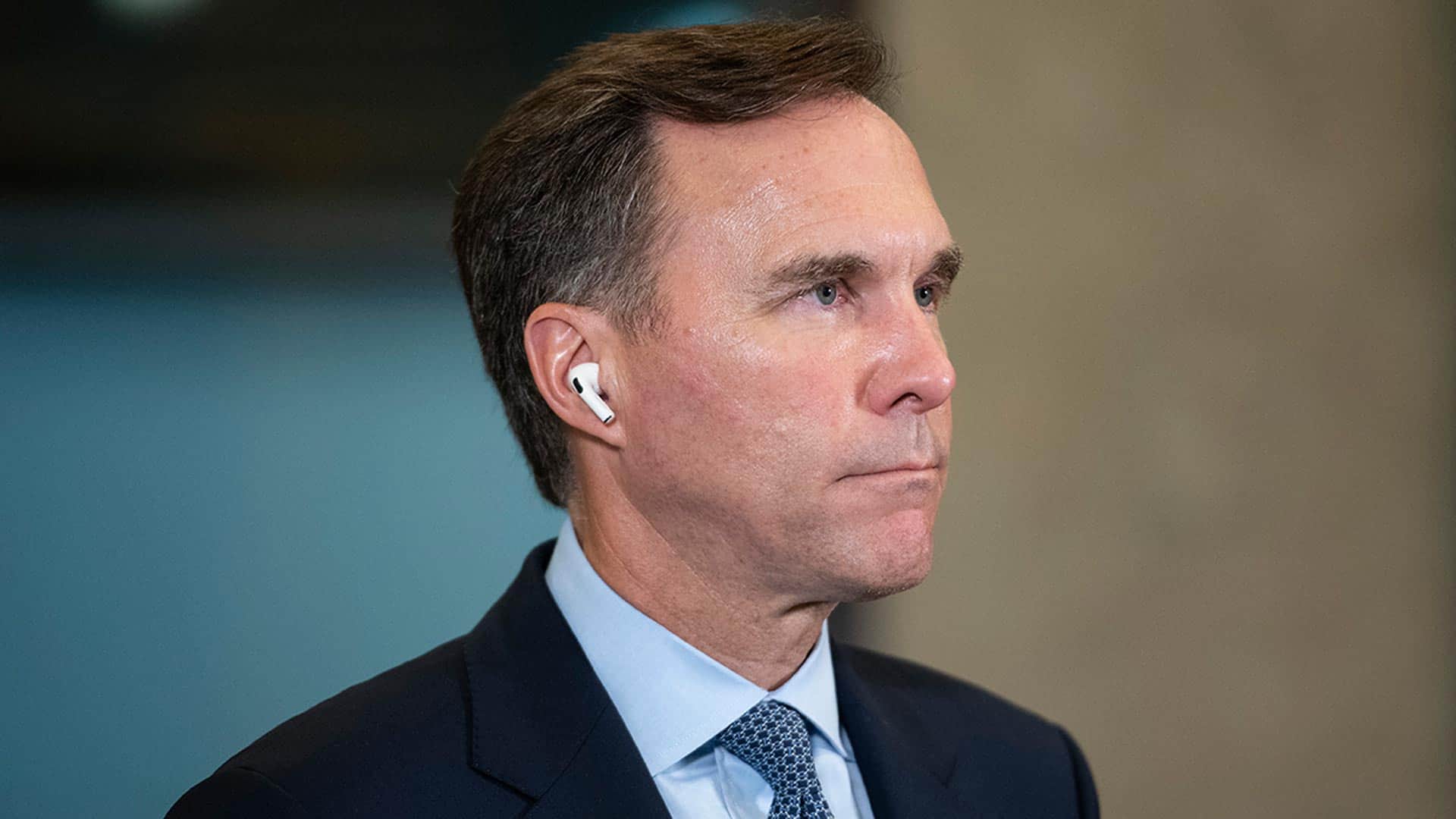 6 months agoVideo
1:46
The Conservatives are calling for a second ethics investigation into Finance Minister Bill Morneau over the $41,000 in travel he received from the WE organization in 2017. 1:46

Robin says in retrospect, the employees should have said no to Pilon, but in the moment, they felt they had no choice but to attend the riding event.

Robin eventually decided to leave WE Charity, formerly known as Free the Children.

"I didn't have a say in the work we were doing, because the need to please and impress donors takes precedence."

CBC News contacted 15 former WE employees who, when asked, said it was difficult to challenge the Kielburger brothers and members of their executive team.

One former employee, who also did not want to be named, said she was afraid she'd be fired or lose out on promotion opportunities if she pushed back.

"You have to be ready at a moment's notice and say yes to anything they asked you to do," she said.

In its statement, WE said "it would be an inaccurate representation to use anecdotal information of a very small number of anonymous individuals to reflect WE Charity's workplace culture."

"We regret if any of our 2,000 current and former employees have been made to feel as though they cannot be forthcoming with our leadership team," it said.

The former employees all said they are afraid to speak publicly because they signed non-disclosure agreements (NDAs) as part of their WE employment contracts.

CBC News obtained a copy of one such NDA that forbids staff from disclosing "business and/or personal information about Craig Kielburger, Marc Kielburger" and "any person or company" with which WE "enters a strategic alliance or any other partnering arrangement."

Employment Lawyer Danielle Rawlinson with Monkhouse Law in Toronto reviewed the contract for CBC News. She said it is a standard NDA.

"WE Charity could very well sue these employees if they speak in the media," she said.

James Powell was the global head of branding for both WE Charity and ME to WE, the organization's for-profit arm, before quitting in August 2017. Earlier this month, he posted a video to Instagram demanding WE lawyers release him from his NDAs.

After the video went up, Powell claims, he received messages from hundreds of current and former WE employees who also want to speak out but can't because they, too, are bound by NDAs.

In an interview with CBC News, Powell said the NDAs were "lorded over" WE employees.

"We were constantly reminded ... that we were not allowed to gossip or talk or share anything negatively. And so I'm not comfortable on the record talking about those things. And to me, that's wrong."

WATCH | CBC spoke to former employees of WE about their experiences working for the charity: 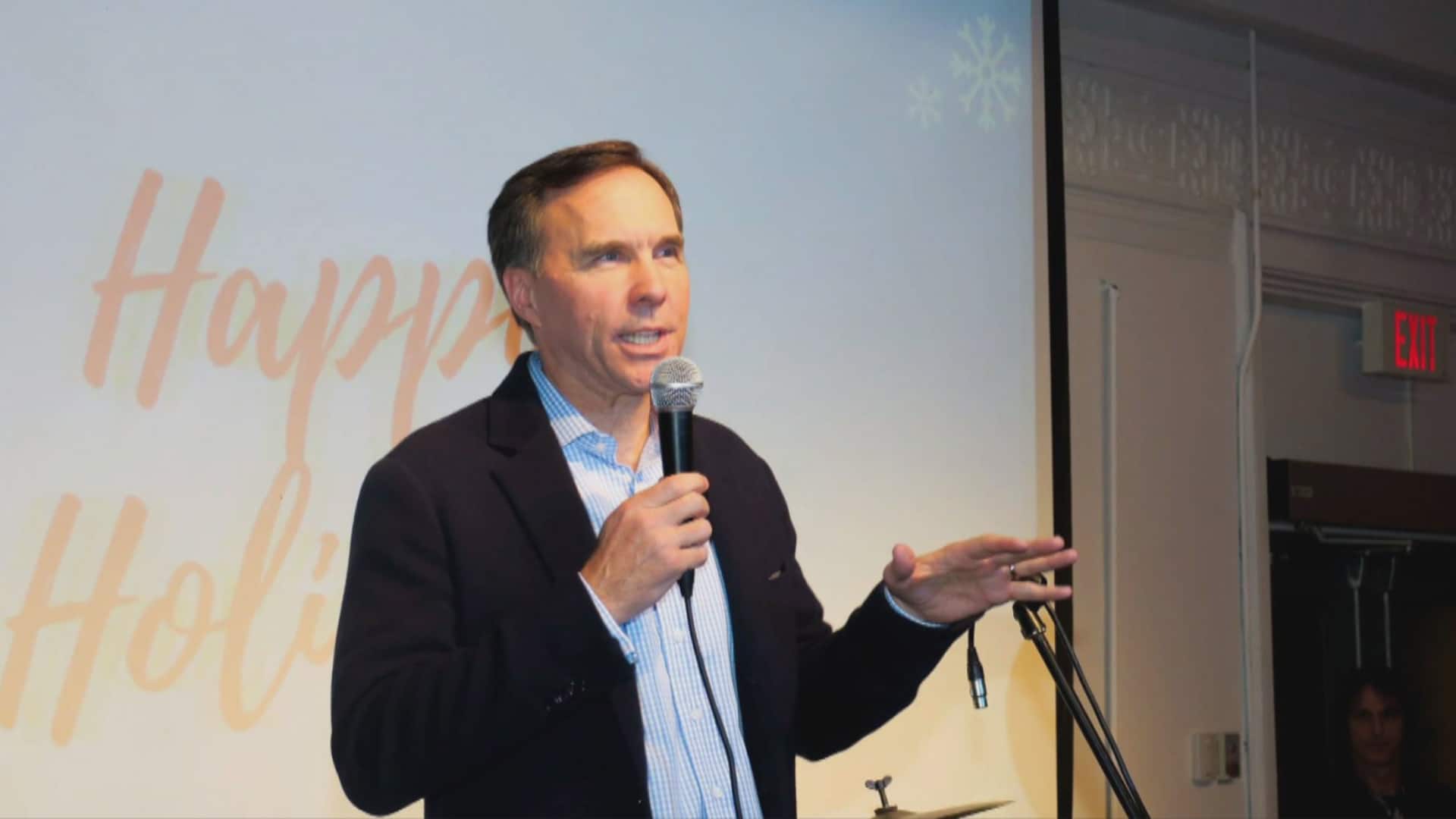 6 months agoVideo
2:36
Morneau spokesperson says party was one of several regular community events held in riding, open to the public 2:36

Susan Treen is a senior producer in CBC's investigative unit. She has worked at CBC News since 2010 writing and producing for The National, CBC News Network and The Weekly.

With files from Farrah Merali and Exan Auyoung