Applications opened Monday for a $73-billion wage subsidy program to help businesses that have seen a drop in revenue because of COVID-19. Prime Minister Justin Trudeau says the first payments should begin to arrive May 7.

Applications opened Monday for a $73 billion wage subsidy program to help businesses that have seen a drop in revenue because of COVID-19. Prime Minister Justin Trudeau says the first payments should begin to arrive May 7.

The support program covers up to 75 per cent of wages for businesses affected by COVID-19. Businesses of all sizes, along with charities and non-profits, are eligible if they have experienced a drop in revenue of at least 30 per cent.

Trudeau said today that since the portal opened at 6 a.m. ET, about 10,000 companies had applied.

"Right across the country, it's going to keep businesses and workers connected and will give people certainty that they'll have a job now and in the months to come to support themselves and their families," he said.

"It means helping employers not just stay afloat through a tough time, but be ready to gear back up when things get better."

The subsidy is available for three months, retroactive to March 15, and provides up to $847 a week per employee.

Trudeau encouraged businesses to set up direct deposit so they can get the money as quickly as possible.

He also warned that Canadians can receive the wage subsidy or the Canada Emergency Response Benefit (CERB) — not both. The CERB is a taxable benefit that offers workers $2,000 every four weeks if they lose their income as a result of the pandemic.

"It is one or the other. Because of the uncertainty, because of the application process, it is possible that people will have received both the CERB and the wage subsidy. In that case, they will have to, over the course of the coming months, pay one of them back," he said.

"So people should keep that in mind. If you're getting both, you should probably put one of them aside so that you can pay that back and you don't get overly challenged with that down the road."

Watch: 'One or the other': Trudeau tells Canadians they can't receive both CERB and a wage subsidy 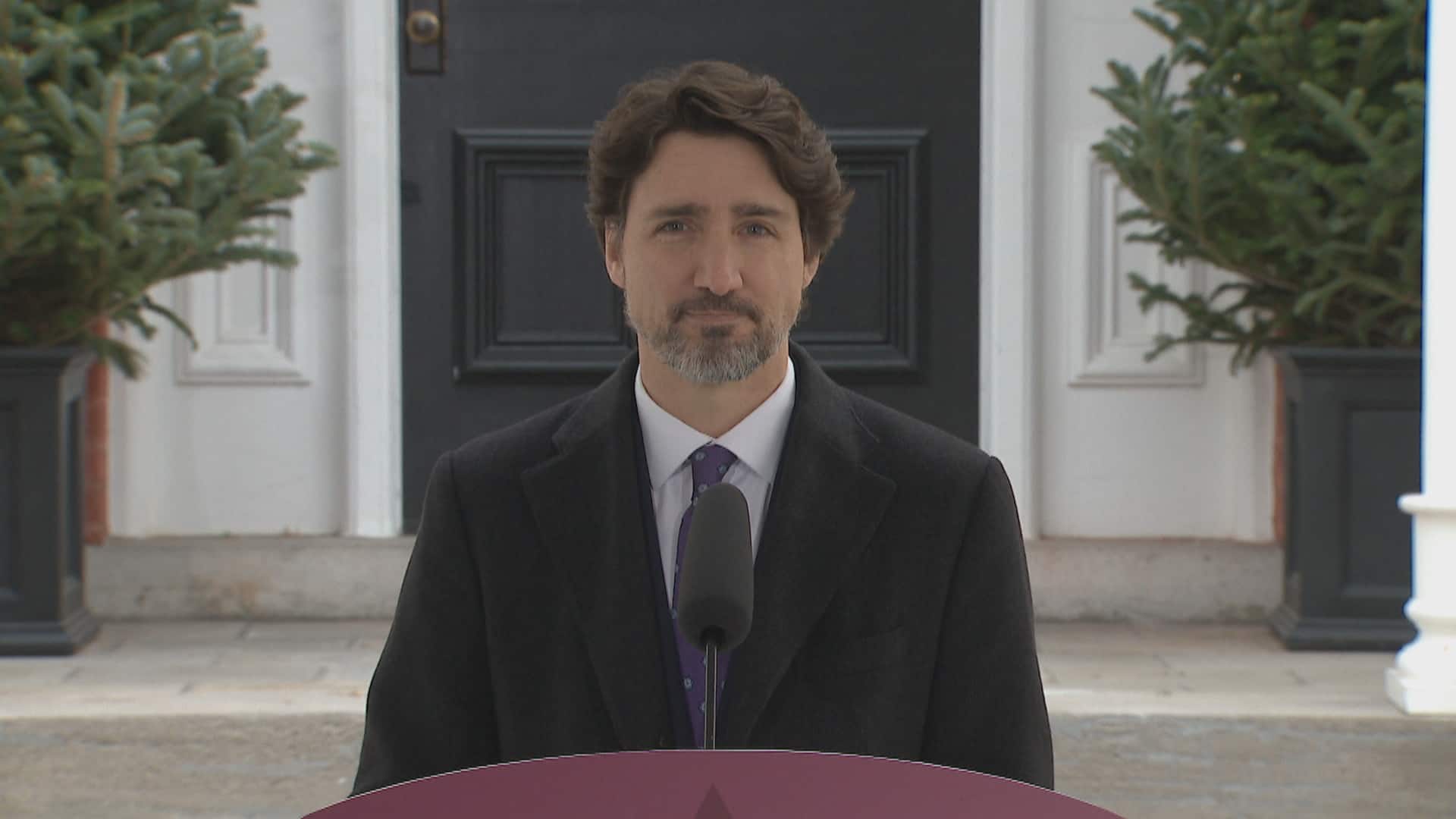 He said the rules that state a business must experience a 30 per cent revenue decline to qualify for the wage subsidy, and a 70 per cent revenue drop to qualify for the rent subsidy, have led some businesses to limit sales in order to meet the threshold. He said a sliding scale would have allowed businesses to maximize sales while still qualifying for some assistance.

"The biggest drawback of all of these programs is that, to qualify, you have to tank your own revenues and shut down your business, which is the opposite of what we're going to be asking people to do when provinces announce re-openings," he said.

Poilievre said that even with the prospect of a wage subsidy, many businesses have had to make tough calls on whether they can cover expenses that continue to mount, including rent, property taxes, equipment leases and supplier invoices

Many businesses also have been slower to see revenue drops due to pre-pandemic orders and therefore don't qualify, he said. 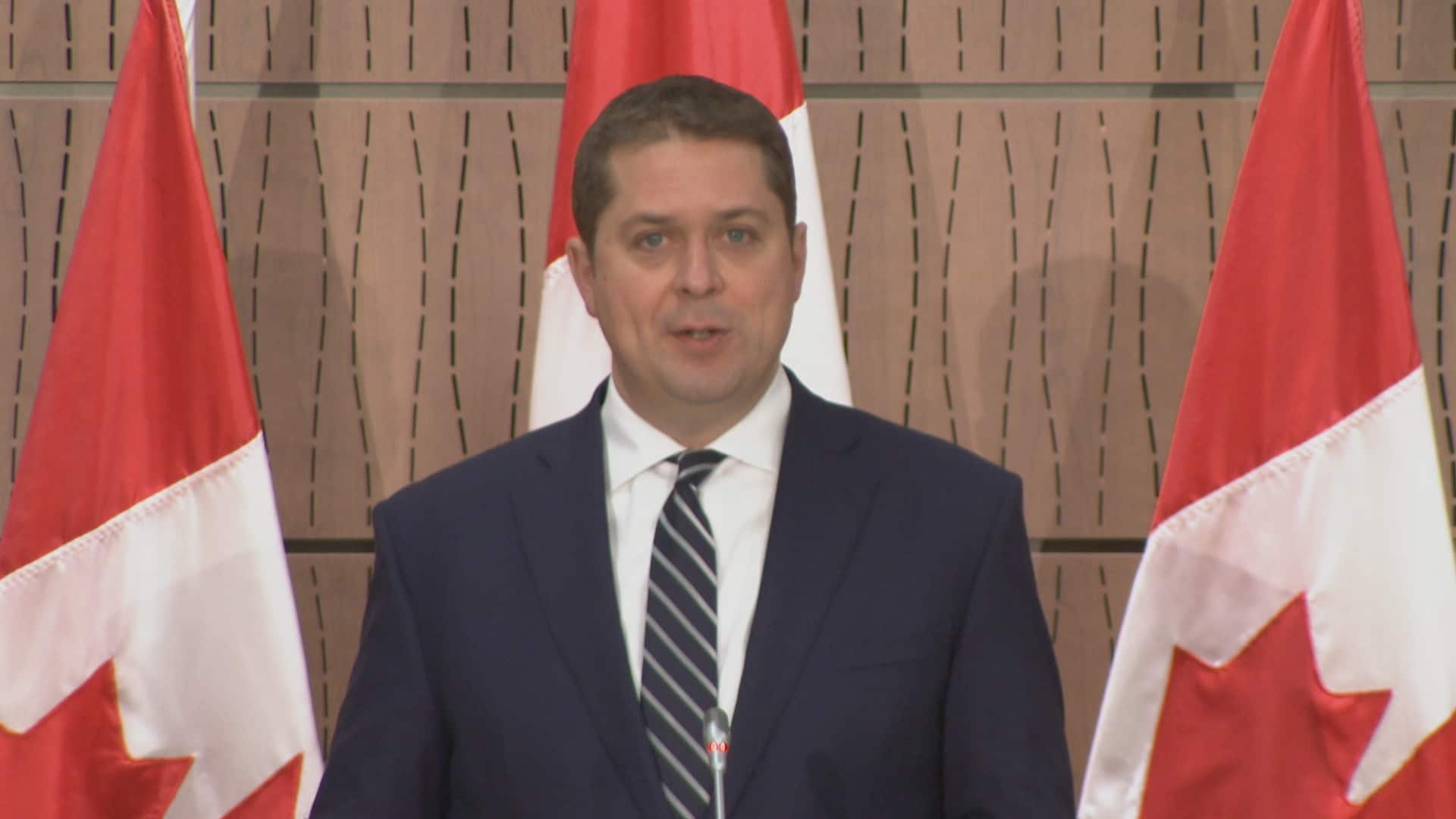 The NDP's small business critic Gord Johns said the fact that 10,000 businesses applied just hours after the wage subsidy program opened shows how badly the help is needed — but he's still hearing from many business owners who don't qualify.

New Democrats have pushing the government to drop the 30 per cent revenue loss threshold.

"Everyone across the country should be able to count on the help they need during these unprecedented times," he said.

"The government needs to amend the criteria so nobody is left behind. We went into this together, we need to come out of this together."

Program starts as some provinces talk of reopening

The program opens as some provinces are starting to outline plans to reopen their economies. Today, Ontario Premier Doug Ford will announce a strategy for his province.

Saskatchewan and New Brunswick already have laid out their plans for a gradual reopening of their economies.

Trudeau has said it's up to the provinces to decide on their own next steps — but today warned that loosening restrictions must be done carefully and gradually.

He said there are too many unanswered questions about the virus at this point — whether someone can be reinfected after catching the virus once, for example, or how immunity is acquired.

"If we make a mistake on this and allow too much loosening of our economy and our restrictions and suddenly get another massive spike in cases, it is going to be devastating," Trudeau said.

Most businesses that are deemed non-essential have been forced to shut down to limit the spread of the novel coronavirus.

Trudeau has promised to work with provinces and territories to top up the wages of those workers who are deemed essential. Today, he said there has been progress on talks with the premiers and details should be announced soon.

The wage subsidy program aims to keep employees on the payroll and to help employers rehire people they've laid off.

Too late for some businesses

Some business groups say many firms don't qualify for the subsidy because of the rule on revenue loss. Others have had to close down already to avoid going deeper into debt.

"We've also heard many heartbreaking stories from entrepreneurs whose companies haven't existed long enough – or who purchased businesses in the weeks before the pandemic hit and they were ordered to close – to demonstrate the required revenue loss, so aren't eligible," said the Canadian Chamber of Commerce in a statement.

"Many businesses that would have qualified for the wage subsidy had to make a decision to close their business before this program was up and running. Finally, there is the harsh reality that is if your business has been ordered to close to prevent the spread of COVID-19 and you aren't able to employ anybody, this subsidy will not save your business or your employees' jobs."

The Canadian Federation of Independent Business (CFIB) said it expects about half of small businesses will apply for the wage subsidy. But many still aren't clear on how the program works and who is eligible.

"Unfortunately, the subsidy has already come too late for some businesses, who are not currently in a position to rehire laid-off staff," CFIB president Dan Kelly said in a statement.

"But with signs in some provinces that businesses may soon begin a phased approach to reopening, an ongoing wage subsidy may prove very useful in bringing back workers who have been laid off."

Corinne Pohlmann, CFIB's senior VP of national affairs, said the wage subsidy will come too late for many businesses, since the emergency period began in mid-March and the subsidies won't arrive until May.

"Most small businesses with no revenues coming in had to make some very difficult decisions early on in March. Not knowing whether the government would launch a program for which they would be eligible, and when it would be available, added to the confusion," she said.

"Laying people off is not the only cost they face. Costs of rent, utilities, loans, car and equipment leases all add to the cumulative burden that has to be dealt with when trying to keep your business afloat. For some, cash flow has long ago run out and the only option is to take on new debt, if you can get it."

Pohlmann said that if an employer laid people off in March, they would not be eligible as they had few or no employees during the pay periods to which the subsidy applies.

Watch: Justin Trudeau says 'normal is something that is a long way off' 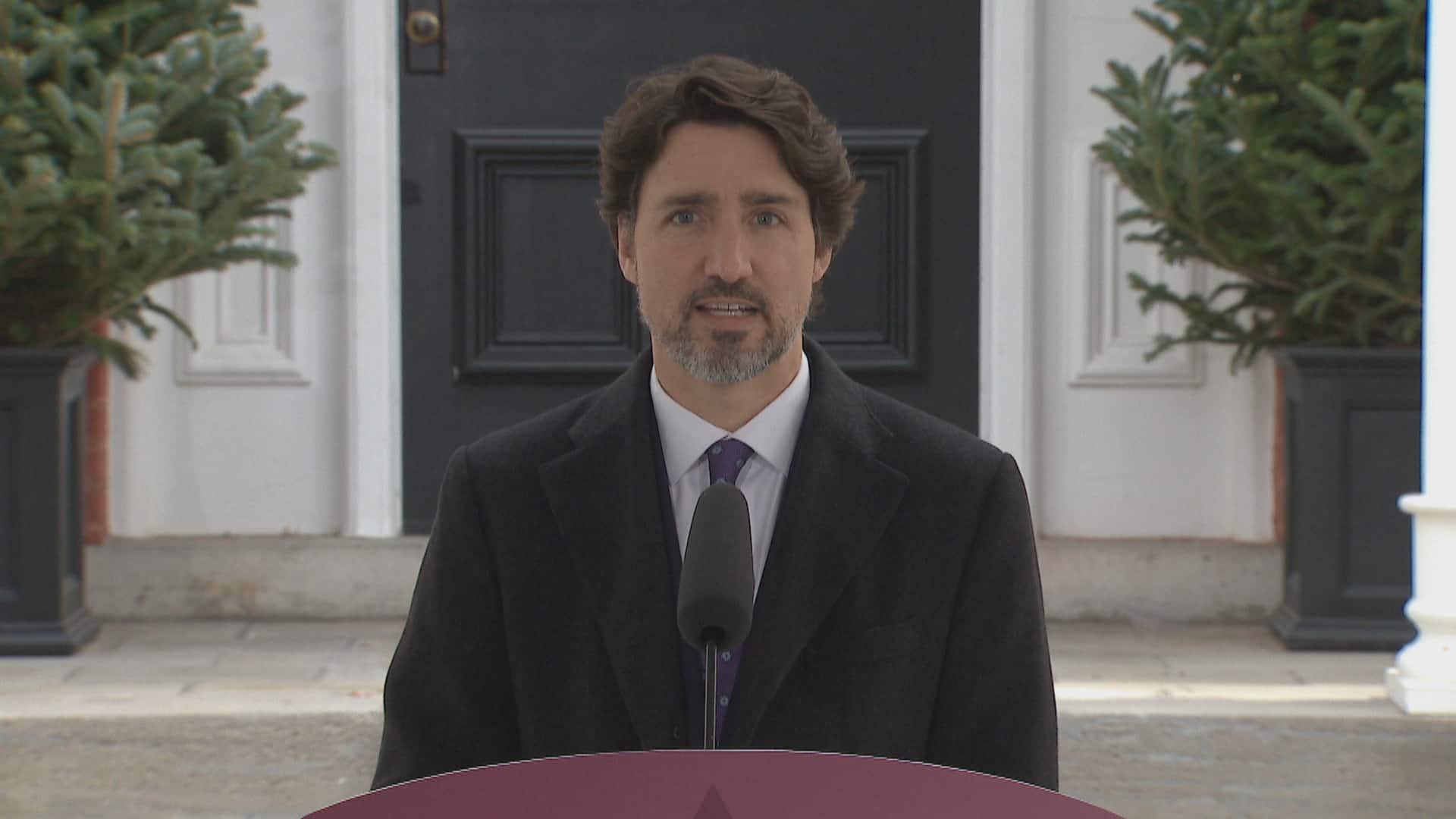 'Normal is something that is a long way off': Trudeau

10 months ago
2:04
Prime Minister Justin Trudeau says Canadians will still have to be 'very careful' in the coming months — and that life won't get back to normal until there is a COVID-19 vaccine, or treatments equivalent to a vaccine. 2:04
CBC's Journalistic Standards and Practices|About CBC News