Sue O'Sullivan, the federal ombudsman for victims of crime, says she is urging the federal government to strengthen its recently tabled victims bill of rights by adopting more than just 4 out of her 30 recommendations. 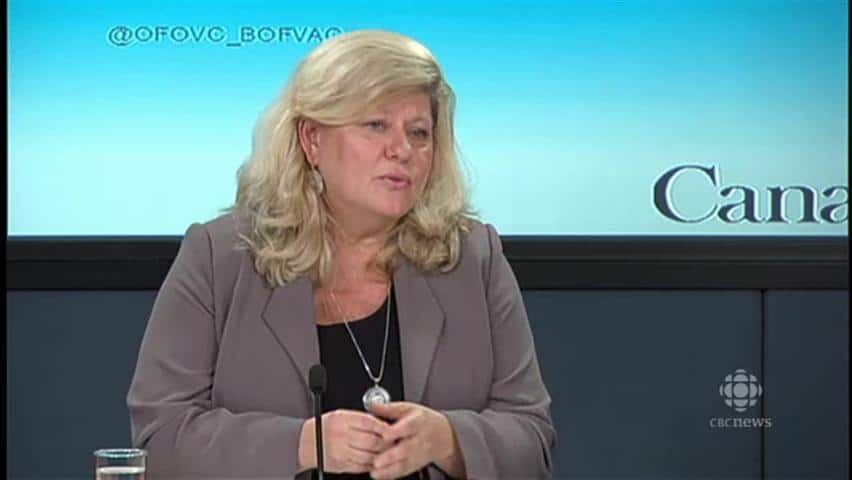 Victims ombudsman gives B grade to bill of rights

7 years ago
2:35
Federal Ombudsman for Victims of Crime Sue O'Sullivan explains why she gives the bill a B grade. She says there is room for improvement. 2:35

Sue O'Sullivan, Canada's ombudsman for the victims of crime, says she is giving the government's recently tabled victims bill of rights a "B" grade but is urging Ottawa to strengthen the bill.

"There is an opportunity here to actually push for more changes and amendments in the bill," O'Sullivan said Tuesday during a news conference in Ottawa.

"We have to acknowledge that the government has for the first time in Canada put forward a comprehensive piece of legislation to address victims' needs and concerns," O'Sullivan said.

O'Sullivan gives Bill C-32 a 'B' grade because there is room for the federal government to make further changes to stengthen the bill.

For instance, O'Sullivan said the bill leaves it to victims to enforce restitution orders made by the courts.

O'Sullivan argued that restitution orders are part of a criminal's sentence and should be enforced by the authorities, not by victims going to civil court.

She also said victims should have a general right to attend parole hearings.

Prime Minister Stephen Harper announced in April legislation — the victims bill of rights act — to give victims of crime a more effective voice in the criminal justice system.

O'Sullivan initially welcomed the bill when it was presented last month and had said she would take time to review it.

She also said the bill does not cover all the areas that victims say need attention.