Veterans who felt betrayed by federal Conservatives and worked actively to drum them out of office in 2015 are making what could be a last-ditch pitch to the governing Liberals to live up to all of their campaign promises.

'I can't trust any of them because they have all sold us short to one degree or another,' says retired soldier

Veterans who felt betrayed by federal Conservatives and worked to drum them out of office in 2015 are now making what could be a last-ditch pitch to the governing Liberals to live up to all of their campaign promises.

They are meeting with MPs and senators over the next few days to brief them on a wide-range of gaps that still remain in the system of benefits, despite billions of dollars having been poured into programs and services for ex-soldiers in the last two budgets.

Notable among the events will be a meeting with the Conservative caucus, which was often vilified by angry veterans who felt abandoned when the former government, in defending itself from a class-action lawsuit, said Ottawa owes no special monetary or legal obligation to ex-soldiers.

Many veterans advocates feel as though they are back at a political crossroads.

"What other options do we have?" asked Aaron Bedard, a former combat engineer, who is one of the principals behind the Equitas class-action lawsuit, which alleges soldiers who served in Afghanistan are being discriminated against.

He said the Liberal caucus did not offer to meet with a panel of ex-soldiers and advocates who have become self-taught, passionate experts in the various defects of the benefits of system.

Others are deeply suspicious and subscribe to the old adage of once bitten, twice shy.

"I don't trust anybody," said retired major Mark Campbell, who lost both legs in Afghanistan and is involved in the same court case, which is still grinding its way through the system. "I can't trust any of them because they have all sold us short to one degree or another."

Campbell said he tries to temper his frustration with the knowledge that individual MPs, such as former Conservative veterans minister Erin O'Toole, have their heart in the right place. 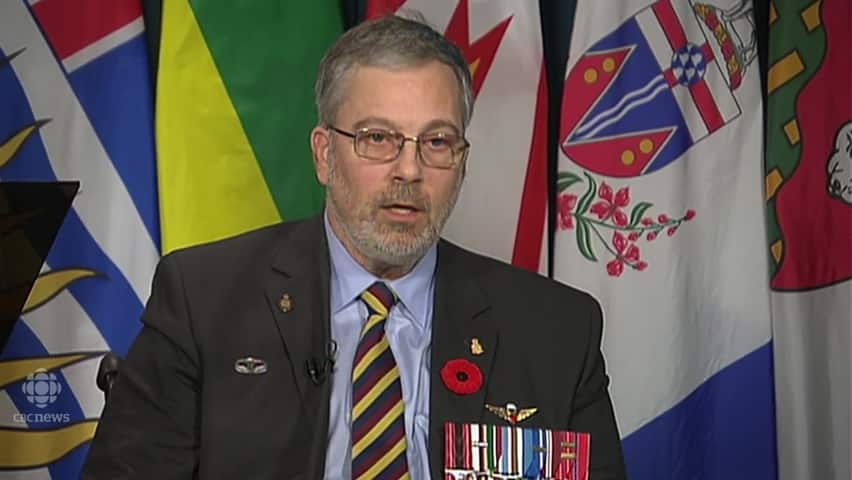 3 years agoVideo
1:59
Ret. Major Mark Campbell, a wounded veteran of the Afghanistan war, is part of a group that has launched a lawsuit demanding for the return to lifelong pensions. 1:59

"I believe there are people of integrity," Campbell said of politicians. "Quite frankly, I can't trust any of them as far as I can throw them, but there are some I can trust at their word as gentlemen, as veterans themselves."

Whether those good intentions actually translate into party and government policy is something entirely different. That certainly appears to be the case with the Liberal promise in the last campaign to restore life-long pensions as an option for wounded troops.

The new veterans charter, introduced by the Liberals in 2005 but championed by the Conservatives throughout their tenure, replaced pensions with lump sum payments for injuries.

It is not as generous as the system under the old Pension Act and it is that inequality which is at the heart of the class-action lawsuit.

The Trudeau government signalled in last spring's budget that it would have something to say before the end of the year on the issue of veterans pensions.

"The Liberals have, to date, let us down," said Campbell, who noted the Conservatives put the lawsuit on hold, but soon after coming to power the Liberals allowed it to proceed.

The fact the overhaul was introduced half way through the Afghan war has had stark consequences, he said.

"Canada will have completely different standards of financial compensation for former soldiers with the same injuries arising from the same war and that disparity among wounded veterans of the same war is unconscionable and it's ludicrous," said Campbell, who indicated that veterans would settle for nothing less than a pension system that is "equal to — or greater than" the one in place prior to 2006.

Campbell said he has been led to believe the Liberal pension plan could see the government bundle the existing lump sum with other taxable benefits and apportion it out over an ex-soldier's lifetime.

It would create the illusion of a pension, he said.

In the House of Commons Thursday, Opposition parties piled on.

Veterans Affairs Minister Seamus O'Regan, who is recovering from surgery, released a statement saying the Liberal government intends to live up to its promise.

He pointed to the estimated $6.3 billion put into veterans services; the reopening of nine regional offices shuttered by the previous government; and the rehiring of both claims processing staff and case managers at Veterans Affairs.

"We will continue to deliver on what we committed to do to support the mental health, financial security and well-being of Veterans and their families — including delivering on a pension for life option," he said.

Every day, there are people out there who are giving up.- Aaron Bedard, former combat engineer

Veterans advocates, who are experts on service delivery; suicide prevention; traumatic brain injury and the failure of the military's medical release system, will also brief MPs.

"We want to put this back on the radar for Canadians and our elected politicians," said Campbell, who indicated the veterans movement kept a low profile during the recent Invictus Games in Toronto out of respect for the athletes.

There is more money in the system, but many veterans say access to services and benefits have been much, much slower to change.

"It just cuts at your heart because every day there are people out there who are giving up," said Bedard.