Ottawa bringing in stricter limits on medical marijuana for veterans

Veterans Affairs is dramatically scaling back the quantity of medical marijuana it will cover for veterans, to three grams a day from 10 grams.

Faced with skyrocketing costs and ballooning demand, the federal government is dramatically cutting back the amount of medical marijuana it will cover for veterans.

Veterans Affairs Minister Kent Hehr plans to scale back the limit for reimbursement from 10 grams of medical marijuana per day to three. He made the announcement at the Canadian Military and Veteran Health Research Forum in Vancouver.

"I was shocked to learn that the former government began reimbursing veterans for cannabis with no policy in place," Hehr said. "Now is the time to change that."

Last March, Hehr told CBC News he was launching an internal policy review, after data showed the number of medical marijuana prescriptions had shot up.

"Since the first veteran was reimbursed on compassionate grounds in 2007, the department has been reimbursing veterans for cannabis in increasing numbers and at an increasing cost," Hehr said.

"We went from one veteran to over 3,000 in eight years, many of whom are accessing up to 10 grams per day."

Veterans will be allowed to continue charging for their current amount until May 21, 2017. There will also be an exception for veterans in "exceptional circumstances." A psychiatrist, pain specialist, oncologist or other health specialist would have to submit an application explaining the rationale for a larger quantity.

Hehr said the changes were just the "starting  point" and that it was his intention to revisit the changes in the policy to ensure the policy reflects the best research, practice and experience. 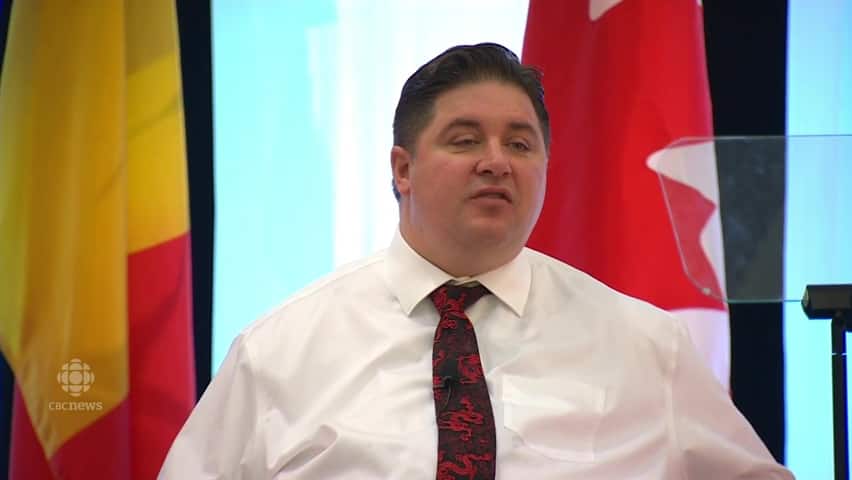 In another cost-control measure, the department will set a dollar limit of $8.50 per gram that licensed producers can charge, based on what it sees as "fair market value," a measure welcomed by some advocates.

Jonathan Ziad, founder and executive director of Canadians for Fair Access to Medical Marijuana, said there have been instances of vendors increasing the price of medical pot for veterans whose prescriptions are covered by the government, and he hopes this measure ends the exploitative practice.

Ziad also said the reduction to three grams from 10 is probably in the right ballpark because it reflects the latest research, yet he still has reservations.

"I think that it remains to be seen how the exception process will work," Ziad said. "Veterans still have the opportunity, with the support of a physician, to get coverage past three grams a day — that's the really important thing."

The new policy includes allowing veterans to claim cannabis oil and fresh marijuana, as well as the dried product. That change comes into effect immediately.

There's been plenty of criticism of the existing program. In his spring 2016 report, the auditor general said he couldn't figure out what evidence the department used to set a limit of 10 grams of marijuana per veteran per day. He noted that Health Canada had warned more than five grams per day led to increased health risks. including to the heart and lungs, as well as increased risk of dependence.

The report also noted that just one doctor wrote 29 per cent of the medical marijuana prescriptions in the 2014-15 fiscal year.

Even a spokesperson for one group that advocates for veterans using medical cannabis suggested 10 grams per day was "an incredible amount" to be prescribing.

The cost of the program went from five veterans claiming a combined $19,088 in 2008-09 to 3,071 veterans claiming $31 million in medical pot from April to September this year alone. According to department officials, that amount was set to rise to $75 million by the end of this year.

"I wouldn't say things got out of control, I would say that as we saw those numbers rising, it caused us to go back and do consultation​," said Bernard Butler, assistant deputy minister of strategic policy and commemoration at Veterans Affairs Canada.

The move was not welcomed by retired colonel Pat Stogran, the former veterans ombudsman, who said the federal government should be more worried about opioid misuse and other drug abuse than medical marijuana.

"The efficacy of cannabis is indisputable, and I don't know how Canadians can accept government's interfering directly on issues that are between patients and medical practitioners,"  Stogran told CBC News.

"If the government has a problem with the conduct of doctors, then they should take it up with the appropriate college of physicians and surgeons."

Veterans Affairs said the physicians it consulted recommended one or two grams a day was a reasonable amount in the vast majority of cases. It says Health Canada's data shows the average Canadian is authorized 2.6 grams per day.