A longtime Conservative member of Parliament who once stood as then-prime minister Stephen Harper's Government House Leader is stepping away from politics.

Van Loan will retire from the House of Commons effective Sept. 30.

A longtime Conservative member of Parliament who once stood as then-prime minister Stephen Harper's Government House Leader is stepping away from politics.

Ontario MP Peter Van Loan told a gathering of supporters at his farm on Sunday that he will retire from the House of Commons, effective Sept. 30.

Van Loan was first elected in the riding of York-Simcoe in 2004. He became a cabinet minister in 2006 and remained in Harper's inner circle until 2015, when the Conservatives were defeated by the Trudeau Liberals.

While he also held portfolios in international trade, public safety, intergovernmental affairs and sports, it was as House Leader that Van Loan spent most of his time. It's also where he helped introduce some of the former government's most controversial legislation, including an ill-fated bill designed to ban women from wearing a niqab at citizenship ceremonies.

Van Loan also caused a near brawl in 2012 when he stormed across the floor of the House of Commons to confront New Democrat MP Nathan Cullen over an attempt by the NDP to have a vote on the then-Tory government's omnibus budget bill ruled invalid. 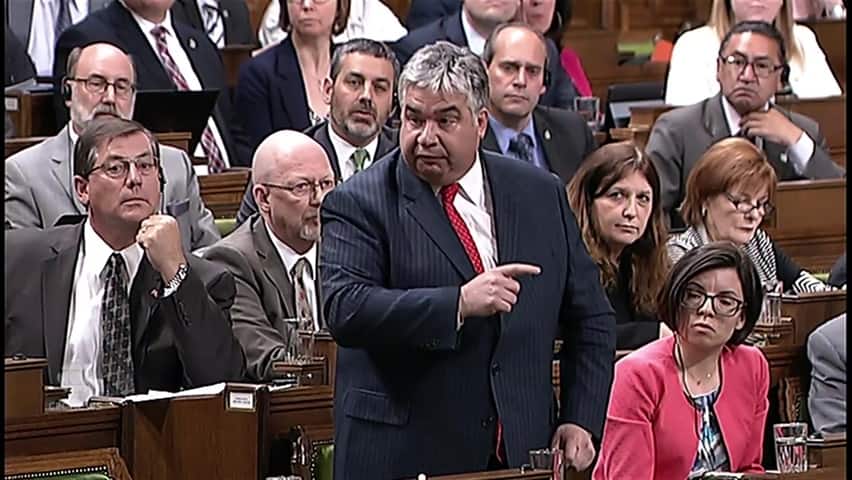 4 years ago
1:56
Conservative MP Peter Van Loan describes Prime Minister Justin Trudeau's actions in the House of Commons from his seat near the fracas. 1:56

Andrew Scheer won the leadership contest, and Van Loan said in a statement Sunday he was looking forward to seeing him defeat Justin Trudeau's Liberals in next year's general election.

The statement said Van Loan will return to practising law as a partner with the Aird and Berlis firm.

"One of the most difficult decisions for a Member of Parliament is when to retire. I am confident that now is that time for me," Van Loan said in the statement.

"I am proud of what I have accomplished, and I have never tired of the job."