Back of the line: Vaccines and the brawl over who goes first

Debates about vaccination strategy were always going to turn on which Canadians count as "vulnerable." News that certain prison inmates are getting early inoculation added a new, more troubling element to the argument — the question of who deserves to be protected.

Politicians might want to be careful about suggesting that people held in disrepute should be at the back of the line when health officials decide when individual Canadians will be vaccinated.

But Conservative leader Erin O'Toole was quick to object on Tuesday when it was reported that a number of inmates in federal correctional facilities will receive COVID-19 vaccinations in the coming days. "Not one criminal should be vaccinated ahead of any vulnerable Canadian or front line health worker," O'Toole tweeted.

A day later, Ontario Premier Doug Ford claimed that "the most dangerous criminals in the entire country" were being put "ahead of long term care patients" and "in front of all the most vulnerable."

As prisoners' rights and justice advocates were quick to note this week, those living in penitentiaries are especially vulnerable to contagious disease outbreaks — they necessarily live around other people and cannot easily maintain a safe distance. And what federal officials are doing in this case is providing vaccines to a particularly vulnerable sub-section of the prison population: those who are elderly and who have underlying health conditions.

The simple politics of the issue are still obvious. Most Canadians are eager to receive the vaccine, current supplies are limited and those who commit crimes tend to be viewed as unsympathetic.

But the idea that we're all in this together can't coexist with the notion that some people are more or less worthy of protection than others.

If risk and vulnerability are the primary concerns, the wisdom of prioritizing the vaccination of people in long-term care is obvious. But long-term care in Canada falls almost entirely under provincial jurisdiction and the provinces and territories had received slightly more than 420,000 doses of vaccine as of December 31. In Ontario, the vaccination of LTC residents is ongoing.

Separately, another 3,700 doses were allotted to the federal government itself to cover the responsibilities of departments such as the Public Health Agency of Canada, Veterans Affairs and the Correctional Service of Canada. According to the CSC, some of those doses will be used soon to vaccinate approximately 600 "older, medically vulnerable" inmates — about five per cent of the total population in federal prisons.

Though the situation in prisons has received little public attention over the course of the pandemic, 1,149 inmates in federal institutions have tested positive for COVID-19 and three have died since the pandemic began. And concerns raised about prisons have focused on whether the federal government has been doing enough to protect inmates. 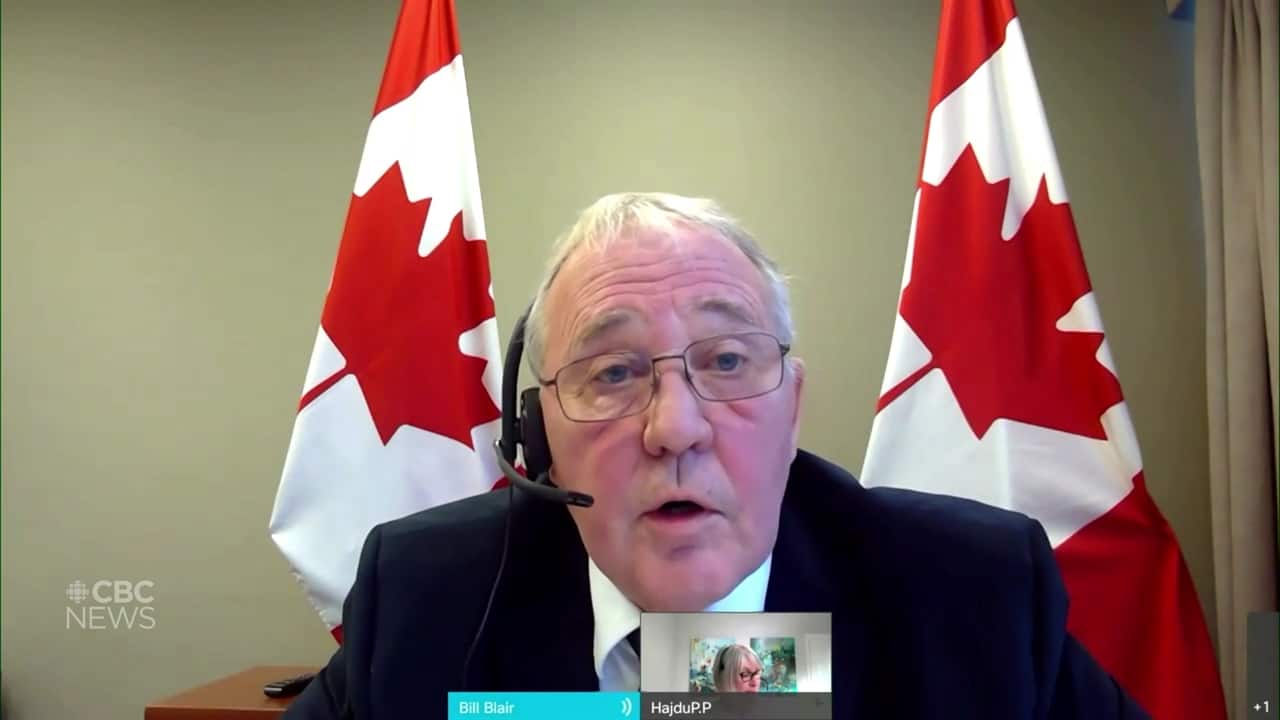 Public Safety Minister Bill Blair stressed on Wednesday that the decision to vaccinate some inmates follows recommendations published by the National Advisory Committee on Immunization.

According to those recommendations, which broadly describe the groups that should be targeted for early vaccination, "residents and staff of congregate living settings that provide care for seniors" (which could include elderly inmates) should get the shots in the first stage. According to the recommendations, correctional facilities in general are to be covered in the second phase of vaccination.

"We have a duty of care for those who are in our custody to ensure that they are treated fairly and they are kept safe," Blair said on Wednesday. "I would also simply remind the premier and the Conservative leader that, frankly, the language of resentment and fear really has no place in this discussion."

If it was decided that the currently incarcerated should, as a consequence of their crimes, have to wait longer than the rest of us for vaccinations, it probably wouldn't end there. Next, presumably, would come questions about whether the same penalty should apply to anyone with a criminal record.

From there, any number of other arguments could be propped up to reward or penalize individuals based on their actions, or on public sentiment. The result could be quite ugly.

"I think the fundamental premise of all vaccination programs ought to be that all humans have equal moral worth," said Alison Thompson, an associate professor at the University of Toronto who researched ethics issues in public health. "So if you take that as your starting place … then we do have an obligation to protect prisoners because they are rendered more vulnerable."

Given the focus on vulnerability and risk, some of those being prioritized right now seem like obvious choices: health care workers, older Canadians, members of Indigenous communities, people who work in essential services. But the NACI has stressed "equity" as an overall goal. In its preliminary guidance issued in November, the committee noted that gender, pre-existing conditions, ethnicity, homelessness and socio-economic status are associated with increased risk of infection or death.

Canadians will be watching vaccine distribution closely to see how well governments account for such factors. But other fissures and discrepancies have come to the fore. Pregnant and breastfeeding women are being prevented from receiving a vaccine because there isn't enough evidence yet to say how it might affect them. Some older Canadians are getting earlier access to vaccines after travelling to Florida.

Dick Pound, a Canadian member of the International Olympic Committee, suggested this week that Canadians might be okay with prioritizing vaccines for athletes planning to attend the Tokyo Olympics, currently scheduled to take place this year. He may have forgotten the outrage that followed a decade ago when NHL players were found to have received priority access to a vaccine for H1N1.

"Any time you have a scarce resource that is really vital to responding to an outbreak, there are going to be competing claims about who ought to have priority access to them," Thompson said. "It's important for us to have a conversation as a society and to reach as much consensus as possible about what that fair distribution looks like, understanding that the priority has to be the protection of vulnerable people first and then rolling it out more broadly."

Thompson points out that there are no formal mechanisms to hear and adjudicate individuals' claims for priority access to vaccines — because of pre-existing medical conditions, for example. Such decisions will fall on the front line workers who are performing immunizations.

Equity, evidence and expertise should guide these choices. "These should not be political decisions," Thompson said.

Real discrepancies in the vaccine rollout may emerge. The distribution of vaccines always had the potential to be divisive, but it will be much worse if political leaders are intent on exploiting public anxiety about vaccine access — and if judgments about individual character are going to be part of that conversation in the months ahead.