The official celebration of the new USMCA trade agreement may end up being a far more low-key affair than anyone imagined.

Signing ceremony may be delegated to lower-level officials

The official celebration of the new USMCA trade agreement may end up being a far more low-key affair than anyone imagined.

Canada's ambassador in Washington says Prime Minister Justin Trudeau will not be taking part in any sort of signing ceremony alongside U.S. President Donald Trump — not unless American tariffs on steel and aluminum are lifted first.

"I can't imagine some kind of a celebratory event as long as those tariffs are in place," David MacNaughton told CBC News in an interview from his office in Washington.

"We will conduct our business and sign on to what we agreed to, but we'll hold the celebration until we get rid of those tariffs."

We'd love to have some sort of a ceremony to celebrate the USMCA, when and if the tariffs are removed.- Canadian Ambassador to the U.S. David MacNaughton

Instead, a senior source with direct knowledge of the situation said that the signing could be delegated to Foreign Affairs Minister Chrystia Freeland, or to lower-level officials.

While the deal still would receive the necessary signatures to move on to the ratification process, Trudeau's unwillingness to participate would serve to send a message to the U.S. about tariffs, said one former chief of staff to a U.S. ambassador to Canada. 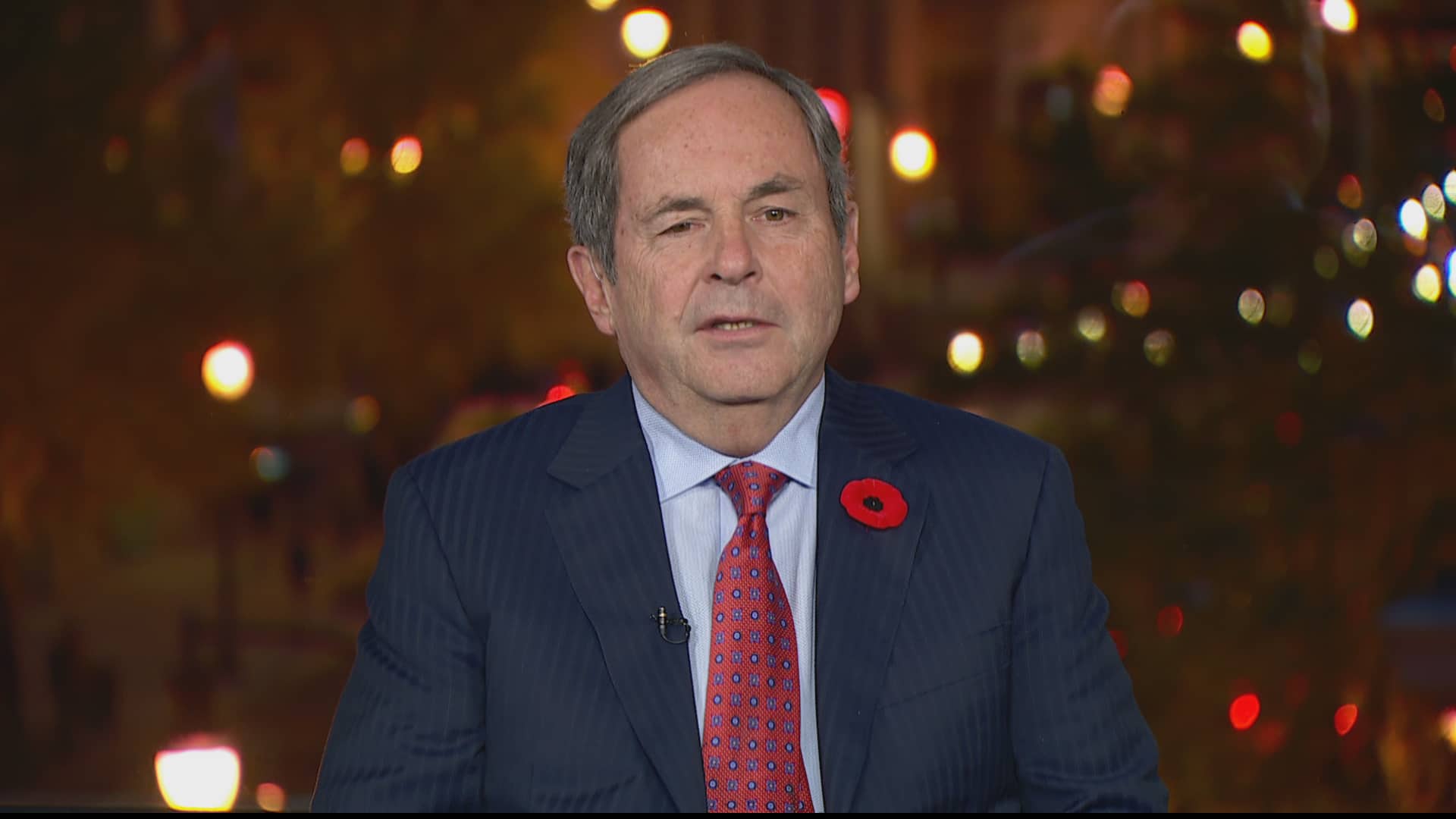 Canada's Amb. to the U.S. on midterm election results

2 years ago
8:28
Canada's Ambassador to the U.S. David MacNaughton on what the results of the U.S. midterm elections could mean for the fate of the USMCA trade deal. 8:28

"I think the Americans will notice," said Scotty Greenwood, adding the move likely is aimed at a Canadian audience.

The U.S. and Mexico had pressured Canada to accept an agreement in principle by October 1, in part to accommodate a leaders' ceremony that would include outgoing Mexican President Enrique Peña ​Nieto.

The Americans supported that push because they didn't want incoming Mexican President Andrés Manuel López Obrador to make changes to the agreement.

The transition of power in Mexico will take place on December 1 — which means time is running out to execute the original plan for a leaders' signing ceremony.

"What I've said to the Americans is that we'd love to have some sort of a ceremony to celebrate the USMCA, when and if the tariffs are removed," MacNaughton said.

Trudeau told CNN on Tuesday that Canada is not considering backing out of the new trade agreement if the tariffs remain in place.

"We're not at the point of saying that we wouldn't sign if it wasn't lifted, although we're trying to make that case," Trudeau said.

"We would much rather have genuine free trade with the United States, so we're going continue to work, as soon as we can, to lift those tariffs."

On June 1, the Trump administration placed tariffs on its NAFTA trading partners through a rarely-used national security provision known as Section 232.

Multiple members of Trump's cabinet later acknowledged the tariffs were imposed in part to give the Americans leverage in the trade talks.

It had been widely expected that the U.S. would lift its tariffs once an agreement in principle was reached with both Canada and Mexico. That didn't happen.

Canada and Mexico have both imposed separate retaliatory tariffs on the U.S.

A signing ceremony with the leaders of Canada, the U.S., and Mexico took place when the original NAFTA deal was reached back in 1992.