New COVID-19 modelling released today shows that public health measures are working to slow the spread of COVID-19 — but Prime Minister Justin Trudeau warned that easing pandemic restrictions too quickly could lead to a dangerous setback.

New COVID-19 modelling released today shows that public health measures are working to slow the spread of COVID-19 — but Prime Minister Justin Trudeau warned that easing pandemic restrictions too quickly could lead to a dangerous setback.

"The measures we have taken so far are working. In fact, in many parts of the country, the curve has flattened. But we are not out of the woods yet," Trudeau said during his daily briefing.

"We are in the middle of the most serious public health emergency Canada has ever seen, and if we lift measures too quickly, we could lose the progress we've made."

As of Tuesday morning, Canada had recorded more than 49,000 reported cases of COVID-19 and more than 2,700 deaths.

Watch: Trudeau on the long-term need for pandemic restrictions

'We are not out of the woods yet': Trudeau

10 months ago
3:25
Prime Minister Justin Trudeau says public health measures are working to slow the spread of COVID-19, but cautioned that easing restrictions too fast could reverse the progress made to date. 3:25

Dr. Theresa Tam, Canada's chief public health officer, cited some positive pandemic news in the new modelling data. Caseload growth is slowing across the country and Canada has experienced slower growth than many other countries, she said.

Tam said the revised projections reflect the "heavy toll" the virus is taking on vulnerable populations.

Right now, most of the deaths — about 79 per cent — are occurring in long-term care facilities and seniors' homes.

The virus is also proving difficult to contain in other environments, such as homeless shelters, prisons and jails and group homes.

Watch: Trudeau asked whether he would send his kids back to school in two weeks, as Quebec is proposing: 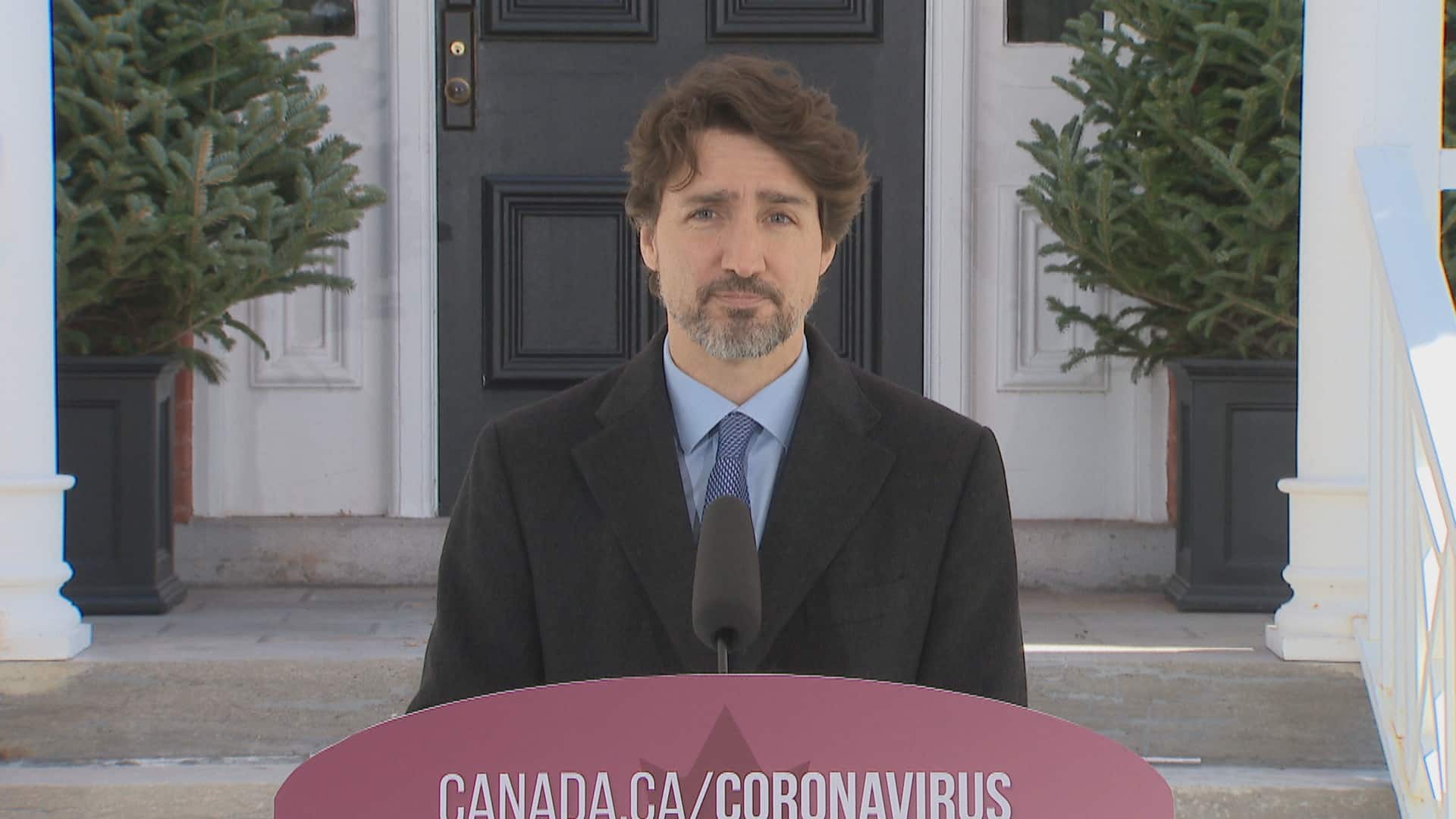 There are also regional differences. While the number of cases has levelled off in several provinces, the caseload in Quebec, Ontario and Alberta is "driving" the epidemic's growth in Canada, Tam said. There are no cases in Nunavut and no community spread in Prince Edward Island, Northwest Territories or Yukon.

Tam warned that public health measures will need to remain in place until there is a high level of immunity or a vaccine to avoid "future epidemic waves."

To stay on course, she said, Canadians must continue physical distancing, contact tracing and quarantine measures.

"It is critical to remember that once we are on the downside of the slope, we must absolutely remain vigilant and continue our public health measures," she said. 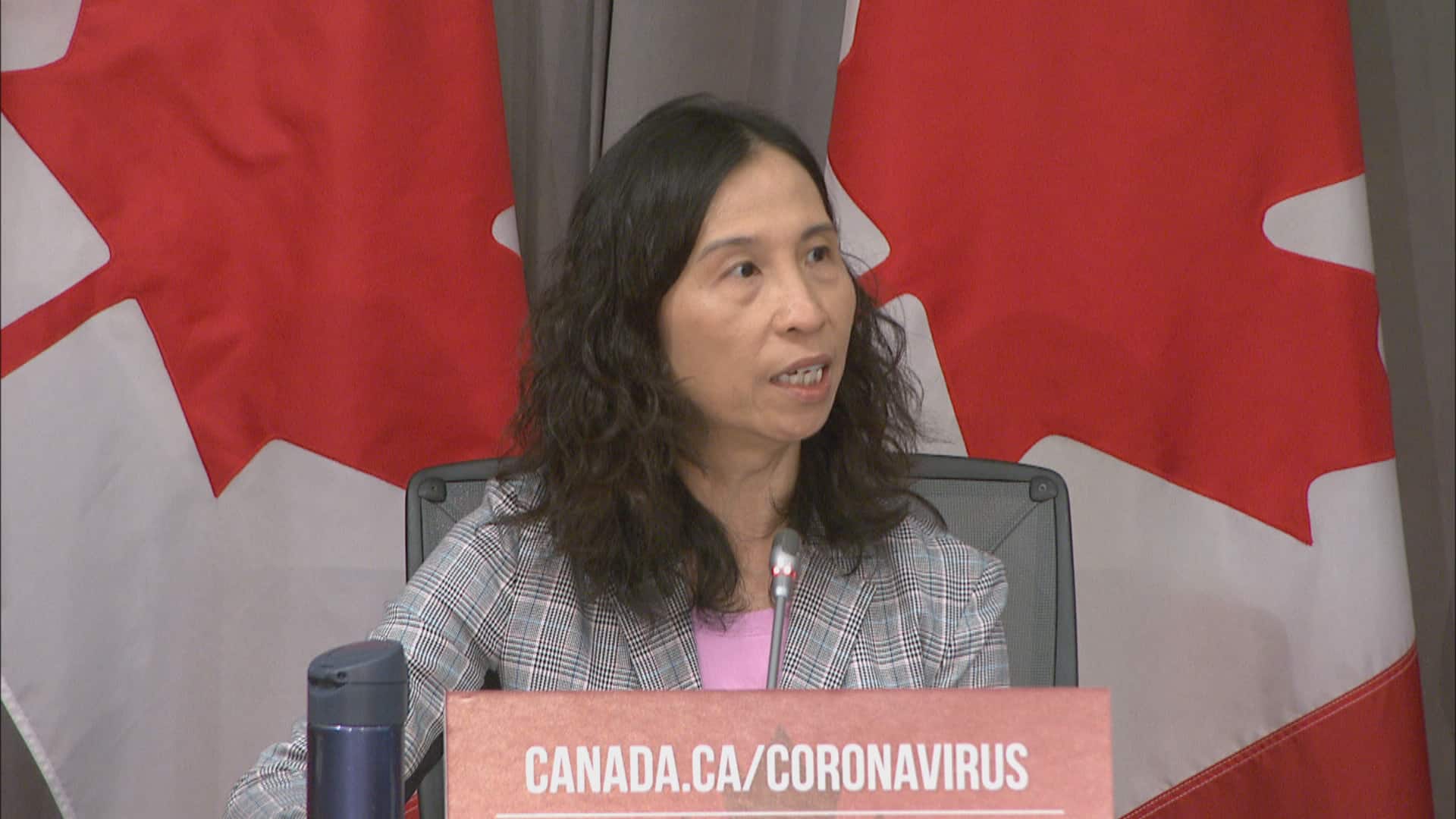 'This is absolutely still a marathon': Dr. Tam

10 months ago
3:27
Canada's chief public health officer, Dr. Theresa Tam, says Canadians will not be going back to what life was like before January until there is enough immunity in the population to protect against the COVID-19 virus. 3:27

Tam said that while she recognizes the impact of pandemic measures on the economy, Canadians' mental health and gender-based violence, no one should expect to resume their former daily routine for some time yet.

"It is a very delicate balance that we all have to really manage very well," she said.

"We all understand that if the virus accelerates again, that would be a massive setback to the gains that we've already had. So we've got to keep going at it. This is absolutely still a marathon."

Tam first released the federal government's COVID-19 modelling on April 9. Those projections included a number of scenarios and long-term forecasts, including a death toll of between 11,000 and 22,000 over the course of the pandemic — even with ongoing physical distancing and other disease control measures.

The long-term projections did not change today, but Tam warned that there could be a significant "second wave" of infections if Canadians drop their guard.

A guiding framework on reopening economies — jointly agreed to by the federal, provincial and territorial governments — was released today.

The document says first ministers have agreed on a "gradual and phased approach" to lifting restrictions to protect the health of Canadians, shield high-risk groups and ensure the health care system retains the capacity to respond to future outbreaks.

They also agreed the plan must support a broad range of economic sectors.

The plan's preconditions for easing restrictions and reopening economies include:

'It all depends on us'

"It all depends on us. You've already stepped up to help your family, friends and neighbours stay safe, and your governments across the country are stepping up as well," he said.

"We are a big country, and we don't always agree on everything. But right now, the premiers and the federal government are working together to fight this crisis." 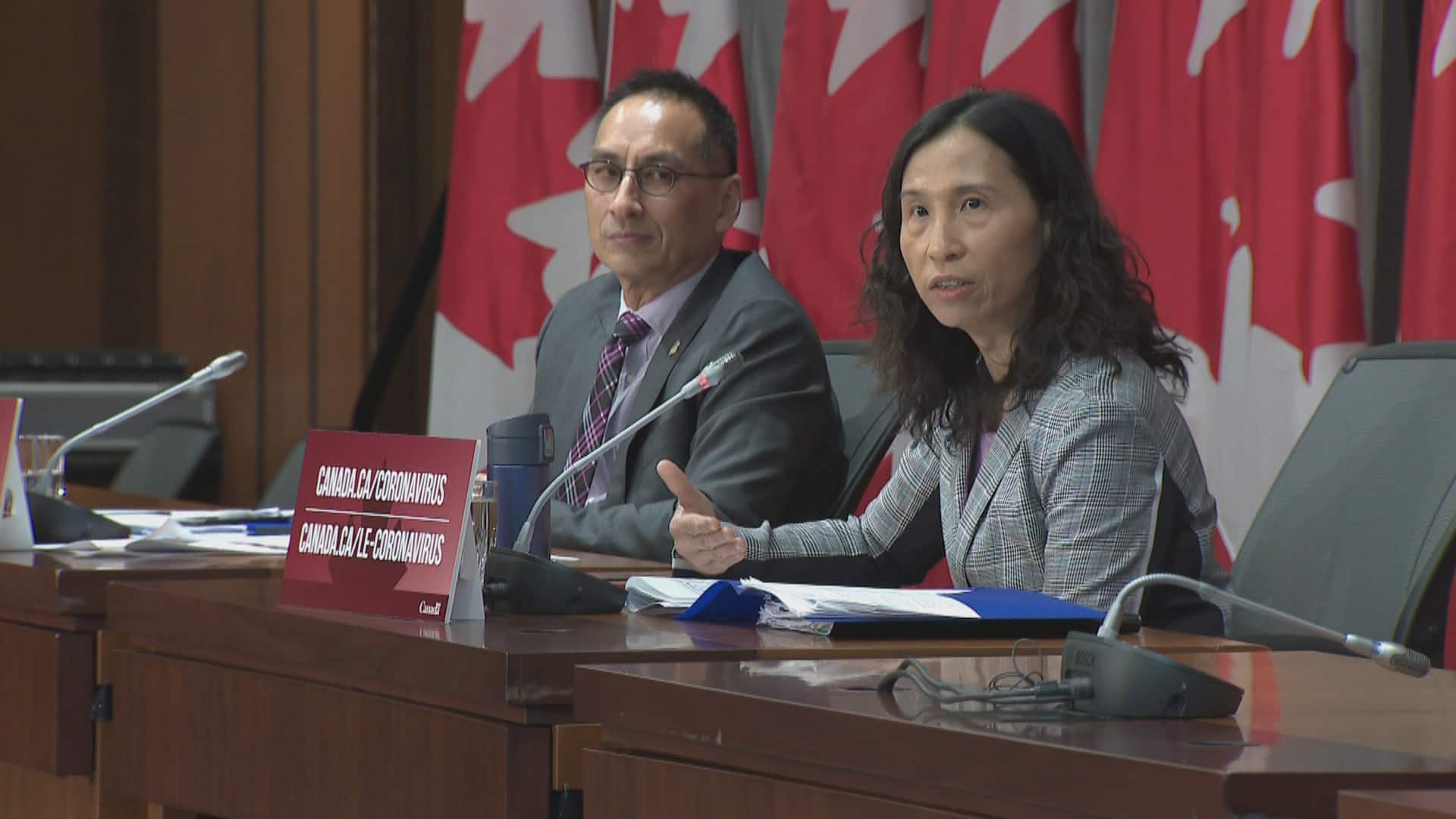 Some provinces, such as Saskatchewan, New Brunswick and Ontario, already have released tentative plans to ease those restrictions.

Ontario Premier Doug Ford is taking a more cautious approach. He released a plan for a staged reopening process but stressed it is a "roadmap, not a calendar."

Ontario's framework says the province must see a "consistent two-to-four-week decrease in the number of new daily COVID-19 cases" before the government begins loosening restrictions.

With files from the CBC's Catharine Tunney