Ukrainian President Volodymyr Zelensky has issued a direct plea to his Iranian counterpart to ensure that Canadian aviation safety officials are included in the investigation into the downing of Flight PS752.

Ukrainian President Volodymyr Zelensky has issued a direct plea to his Iranian counterpart to ensure that Canadian aviation safety officials are included in the investigation into the downing of Flight PS752.

The appeal was made Thursday during a telephone call between the two leaders, Ukraine's ambassador to Canada, Andriy Shevchenko, told CBC News.

It is unclear what Iranian President Hassan Rouhani's response might have been, but the Transportation Safety Board of Canada announced late Thursday that Canadian investigators would at least be granted access to the crash site — a somewhat limited concession.

"When [President] Zelensky talked to the president of Iran, he specifically asked his Iranian counterpart to make sure that Canada will be able to contribute to this investigation — and that's something that we strongly believe in," Shevchenko said. 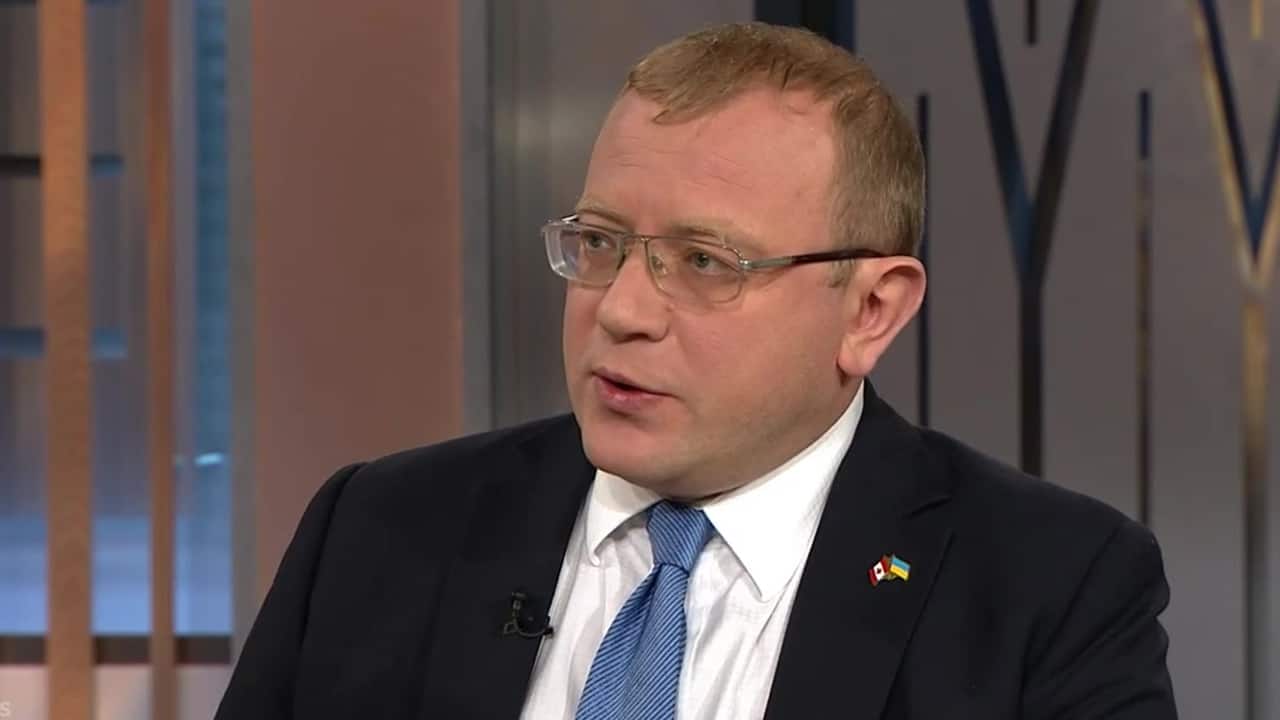 11 months agoVideo
6:46
Ukraine's ambassador to Canada says Ukraine has sent 45 specialists to Tehran to work on the investigation into the deadly crash of flight 752. 6:46

Prime Minister Justin Trudeau said intelligence evidence, collected by American and Canadian agencies, indicates an Iranian missile brought down the Ukraine International Airlines flight to Kyiv shortly after takeoff from Tehran early Wednesday morning, killing all 176 people on board, including 138 who were ultimately bound for Canada.

Fifty-seven of them were Canadian citizens, including entire families, academics, students and newlyweds. (The government revised the number of Canadians among the victims to 57 from 63 late Friday.)

Trudeau said the "unspeakable tragedy" doesn't appear to have been deliberate.

Iran has insisted that the doomed airliner's black boxes will not be handed over to the plane's American manufacturer, Boeing, although the head of the country's civil aviation authority, Ali Abedzadeh, told CNN that they may require help decoding the devices.

Ukrainian investigators had a good meeting Thursday with their Iranian counterparts, who proposed, among other things, that Iranian technicians would decrypt the information while the Ukrainians observed, Shevchenko said.

"From what I hear, on the professional level, there was a proper, professional conversation on all the avenues of investigation," he said.

Shevchenko emphasized that no final decision was made on that important point and said more discussions are planned, although Ukrainian media reported late Thursday that Rouhani had assured Zelensky that Ukrainian investigators will be provided access to all the necessary data.

On Friday, Ukraine's foreign minister said the United States has given President Volodymyr Zelensky important data about the crash, ahead of a call with Secretary of State Mike Pompeo.

Zelensky and Foreign Minister Vadym Prystaiko met U.S. representatives to receive the data, which will be processed by experts, Prystaiko said, without going into details about the nature of the data or what it signified.

"I think we, as friends and partners, we want to make sure that there is very good flow of necessary information on this matter between us," he said.

"We are very committed to the approach [that] whatever we know, we will share this with our friends, who desperately seek this kind of information. And we would expect the same approach from our key partners."