Officials from the Transportation Safety Board of Canada say Iran is giving Canadian investigators access to the black boxes from downed Ukrainian International Airlines flight PS752 but that Canada's role in the investigation beyond that remains unclear.

'We do not yet fully know what the scope of our role will be,' says the TSB's Kathy Fox.

Officials from the Transportation Safety Board of Canada say Iran is giving Canadian investigators access to the "black box" flight data recorders from downed Ukrainian International Airlines Flight PS752, but Canada's role in the investigation beyond that remains unclear.

"The TSB will … deploy a second team of investigators with expertise in aircraft recorder download and analysis once we confirm where and when this activity will take place," said TSB's Kathy Fox today during the TSB's first public update of its efforts to participate in the crash probe.

While Iran's request that Canada lend its expertise to the work of downloading and analyzing data from the flight recorders is a positive sign, Fox said, Canada remains in the dark about what else Canadian investigators might be allowed to see.

"In this investigation, and I want to be clear about this, we do not yet fully know what the scope of our role will be," she said.

Fox said that when a plane crash is being investigated by another country, Canada usually is entitled only to visit the accident site, receive copies of information released by the country investigating the crash and get a copy of the final investigation report.

"Yes, Iran admitted to shooting down this airplane but we want to know exactly what happened on the airplane in the last seconds," Garneau told CBC News Network's Power & Politics today.

"We know that after the strike occurred, the airplane went into a turning pattern. We don't know exactly what was going on on board." 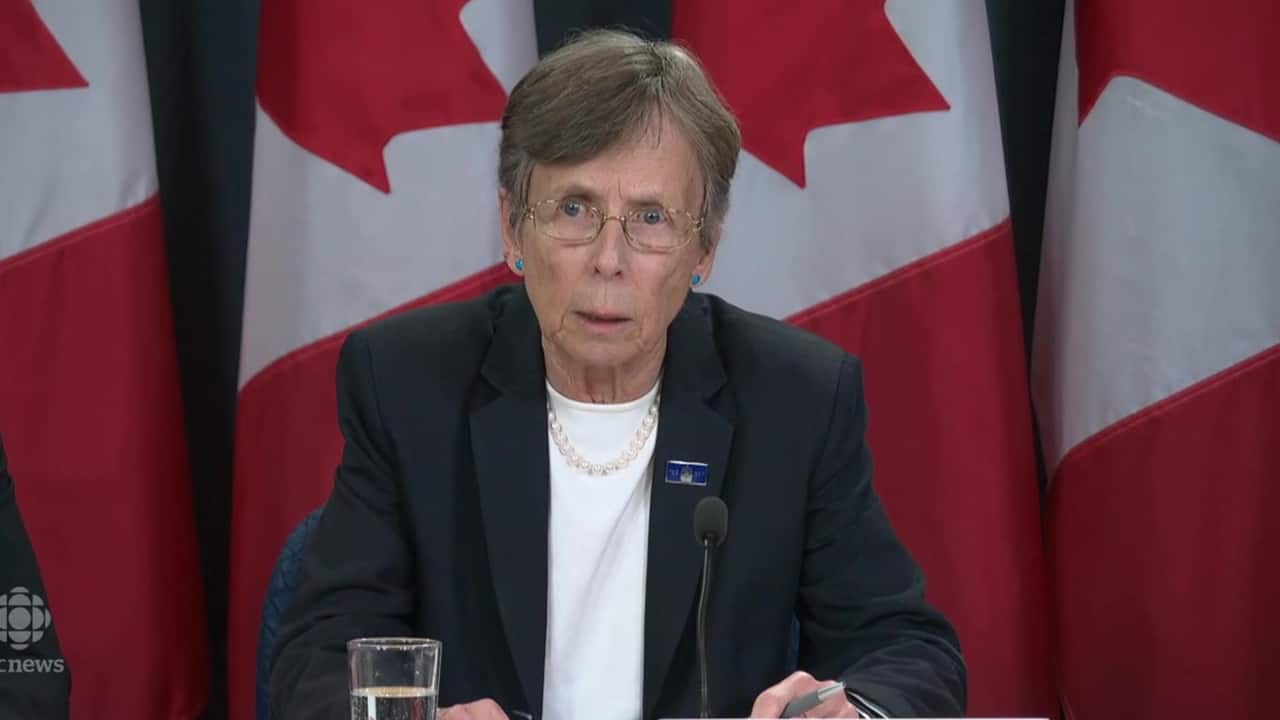 1 year agoVideo
1:16
Transportation Safety Board Chair Kathy Fox says that the Iranian Air Accident Investigation Bureau has shown signs of allowing TSB investigators to participate in the analysis of the black boxes from flight 752. 1:16

Canada also is being given access to the crash site and will be allowed to examine the wreckage, which has since been moved to another location.

"In this case, especially because 57 of the passengers on the aircraft were Canadian, it is our hope that the TSB will be allowed to bring more of its expertise to a thorough and transparent investigation," said Fox.

While Canada does have expertise in analyzing flight and data recorders, Fox said, it doesn't have experts trained to investigate cases involving planes shot down by missiles. She said she is hoping Dutch officials who do have expertise in that area will be invited to consult.

Officials from the Netherlands participated in a multi-country investigation that included investigators from Australia, Belgium and Malaysia after a Russian missile took down Malaysia Airlines Flight MH17, killing 298 people, in July 2014.

The plane was flying from Amsterdam to the Malaysian capital of Kuala Lumpur when it was shot down near the village of Hrabove in the Donetsk region of Ukraine. More than 190 of those killed were Dutch.

Fox was asked today if the world went far enough in implementing the recommendations in the Dutch report on the destruction of MH17.

"If you look at the reality of the situation, the answer is no," she said. 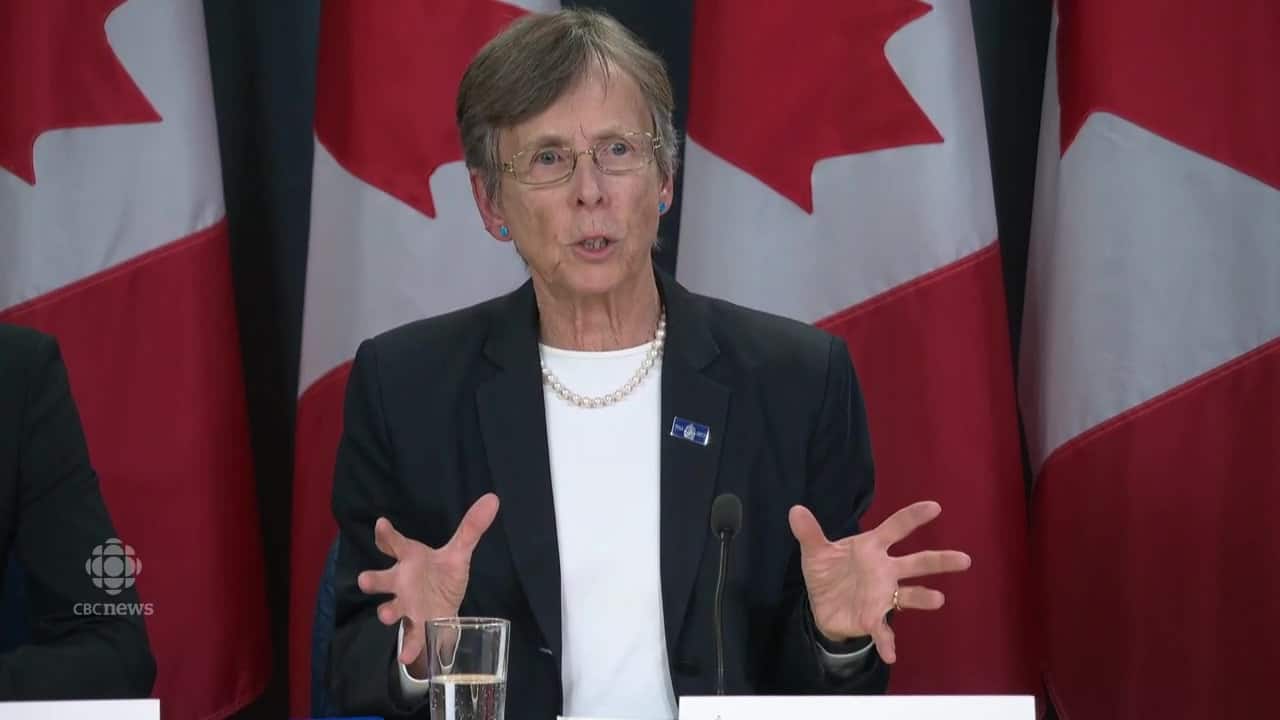 1 year agoVideo
1:27
Transportation Safety Board Chair Kathy Fox says that the black boxes from Ukrainian International Airlines flight 752 are still in Iran and have been damaged, but that they may be moved to a site that will allow investigators to analyze them. 1:27

Fox cited a warning included in that report — that in countries where there is "ongoing armed conflict," officials cannot be counted on to bar commercial airliners from the airspace on their own initiative.

"They recognized, when this report was issued, that there were still potential gaps. And unfortunately, we're seeing the results of that."

Garneau said that the decision to keep Iran's airspace open to commercial airliners after the missile launch was Iran's alone.

"Obviously ... Iran decided to deploy its defence batteries at the same time aircraft were continued to be allowed to take off — both before and after flight 752. It brings into question, why was the airport, why was the airspace open and why was this allowed to happen?" Garneau told Power and Politics host Vassy Kapelos.

Earlier today Foreign Affairs Minister François-Philippe Champagne said the first wave of TSB's team will be "fully in place in Tehran" by tonight, but Iran has yet to promise Canada the access to the evidence it has requested.

The plane crashed Wednesday after it was struck by a surface-to-air missile launched by Iran's Islamic Revolutionary Guard Corps, an action Iran has blamed on "human error."

It went down just minutes after taking off from Tehran's Imam Khomeini Airport, and only hours after Iran had launched a ballistic missile strike on two military bases housing U.S. and Canadian troops in retaliation for the U.S. drone strike that killed Iranian Gen. Qassem Soleimani.

Canada has about 500 troops in Iraq; some were moved to Kuwait in recent weeks in response to the ongoing volatility on the ground. About half of those Canadians are with the NATO training mission, while the others — including up to 250 special forces members — are involved in the U.S.-led anti-ISIS coalition.

Last week, Prime Minister Justin Trudeau confirmed that there were Canadian personnel present at one of the two bases targeted by the Iranians when the attack occurred.

Iranian authorities initially blamed the crash on a mechanical failure. On Saturday, after Trudeau said he had intelligence suggesting the plane was shot down by Iran, officials in Iran admitted their country's military accidentally shot the plane down.

Trudeau and Champagne have been pushing for full access to the crash investigation. Iran's civil aviation authority has said that it's following international rules and will allow other countries to participate in its investigation. 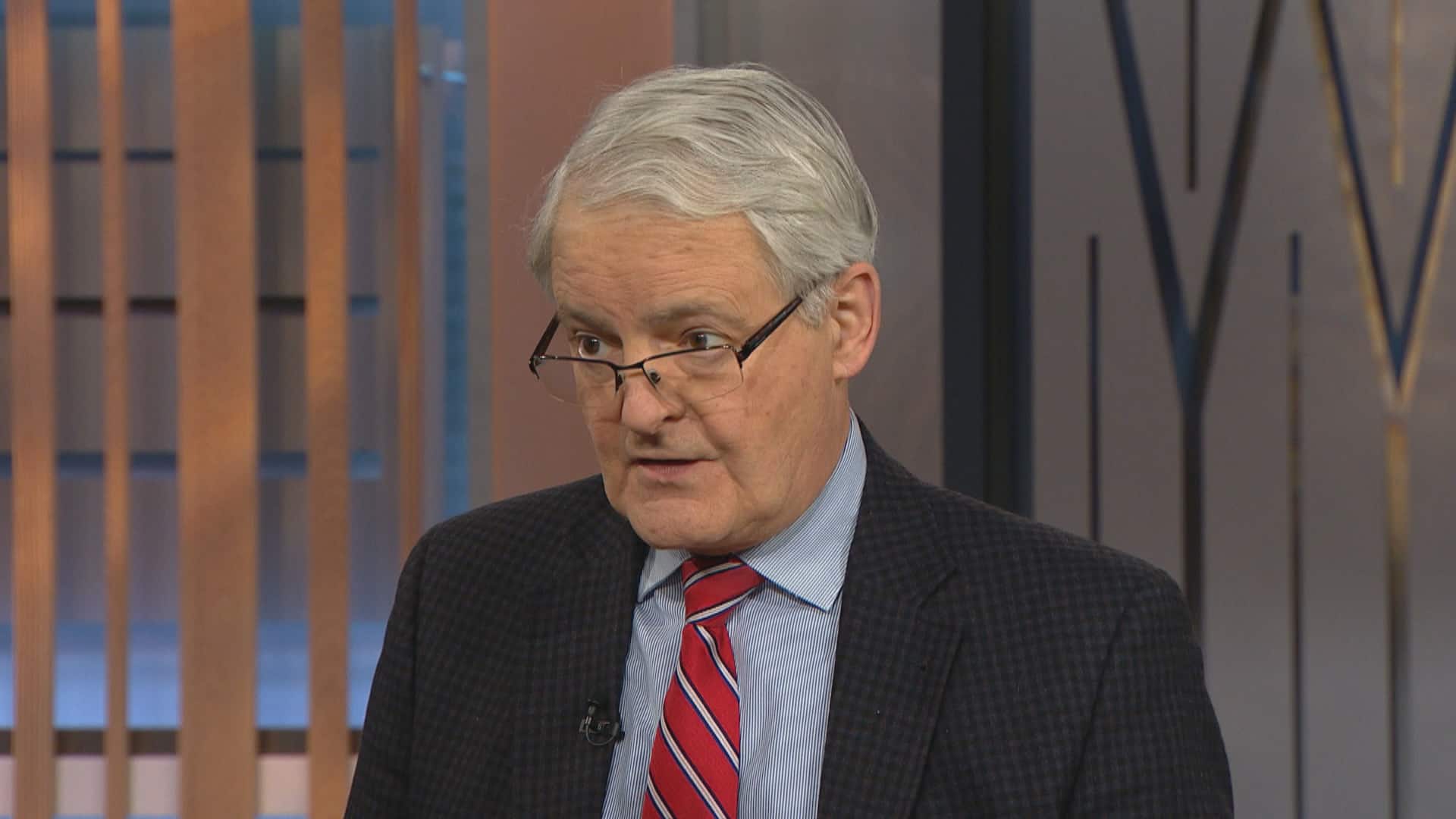 1 year agoVideo
9:06
Transport Minister Marc Garneau on the news that Canada will get access to the black boxes from the downed Ukrainian airliner. 9:06
CBC's Journalistic Standards and Practices|About CBC News