Trump to give NAFTA talks a 'good, strong shot' after Trudeau warns of withdrawal risks

One day after the White House floated a trial balloon about drafting an executive order to withdraw from NAFTA, U.S. President Donald Trump now says he's fully committed to reworking the deal. Prime Minister Justin Trudeau said he reminded Trump they were both elected on platforms of helping, not hurting.

Trudeau says Trump 'was very much thinking about cancelling,' but realized it would cause 'pain' for families

At an event in the Oval Office on Thursday morning, Trump explained his decision not to proceed with the order by saying that to pull out of NAFTA would be "a pretty big, you know, shock to the system."

"Now, if I'm unable to make a fair deal … meaning a fair deal for our workers and our companies, I will terminate NAFTA. But we're going to give renegotiation a good, strong shot," he said.

Media reports about a withdrawal appeared Wednesday morning. By the end of the day, Trump had engaged in phone talks with Prime Minister Justin Trudeau and Mexican President Enrique Pena Nieto.

At a farm event in Gray, Sask., on Thursday morning, Trudeau said Trump had been thinking about cancelling the deal.

"I highlighted that, quite frankly, that whether or not there was a better deal to come, there were an awful lot of jobs, an awful lot of industries right now that have been developed under the NAFTA context.

"Disruption like cancelling NAFTA, even if theoretically [it] eventually might lead to better outcomes, would cause a lot of short- and medium-term pain for a lot of families," Trudeau said, adding both leaders were elected on platforms of helping, not hurting. 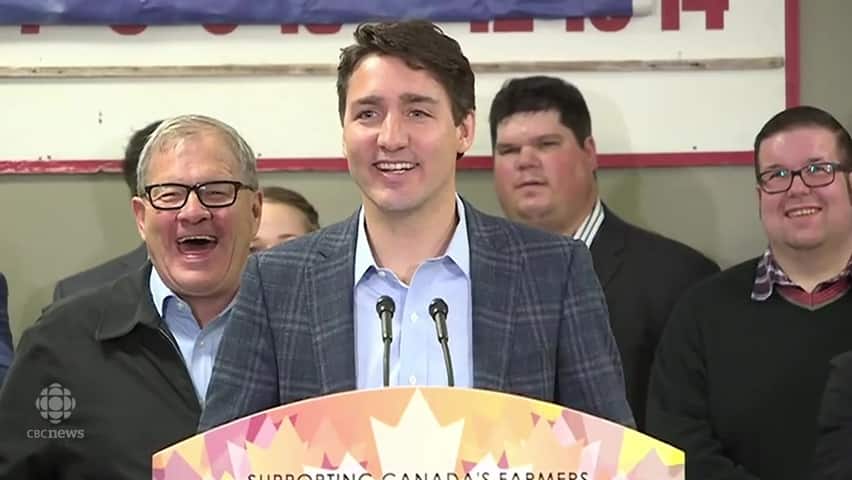 Trudeau says he convinced Trump not to cancel NAFTA

3 years ago
1:37
PM Justin Trudeau reacts to a tweet from U.S. President Donald Trump saying he was going to terminate NAFTA in just a few days but was convinced by Trudeau and Mexican President Peña Nieto to try and renegotiate instead. 1:37

Legal debates continue over whether the U.S. president could end the free trade deal without congressional approval.

"NAFTA was implemented through domestic legislation. The president can't repeal that," said Simon Lester, a trade policy analyst with the Cato Institute in Washington, a policy think-tank that advocates for free markets. "This would definitely be pushing the boundaries … there would be some pushback."

"It can't be good for his agenda. It just can't be," Lester said. "He's going to really aggravate people he needs for really important domestic priorities and other foreign policy priorities."

Lester said Canada and Mexico may wonder why they should come to the table with a withdrawal order hanging over negotiators' heads.

"If you're really contemplating withdrawal and ending NAFTA, what's the point of this? You're going to be asking [Canada and Mexico] to concede on things that [they] can't possibly concede on, so you're not even taking it seriously."

Unnamed White House aides had, according to U.S. reports, drafted an executive order for Trump to sign. But reports also said the president had not decided what to do.

Attacking NAFTA's perceived failures is a familiar tune in the Trump hymn book. But the withdrawal threat was usually mentioned as something Trump would do if renegotiations weren't satisfactory. 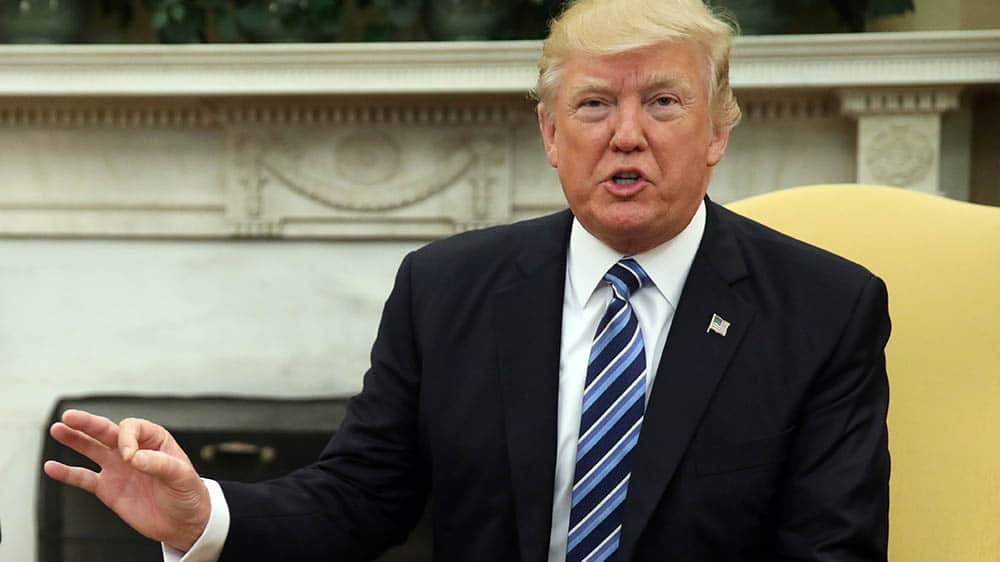 Trump decided to not cancel NAFTA after talking to Canada/Mexico

3 years ago
1:29
U.S president pulls back after calls from Canadian PM Justin Trudeau and Mexican President Enrique Peña Nieto: 'I like those guys'. 1:29

"You can imagine that someone in the Trump administration would think that this gives them negotiating leverage so this is a good idea," Lester said.

"I can imagine that foreign government officials would see through all this and not be intimidated."

The White House had a busy day Wednesday, with its new tax plan and a special briefing for senators on North Korea also capturing headlines. The House intelligence committee has also set its witness list for its probe into ties between Russia and the Trump administration.

Less discussed amid the fray were other significant trade stories.

In the case of the latter, Lester said he wonders whether sometimes the Trump administration throws out radical ideas "to make the less radical, but still problematic ones, more acceptable."

Lester said drafting an executive order could look like the White House has done something on NAFTA after 100 days in office, even though Trump's trade representative still isn't confirmed and no scope's been set for the renegotiation.

Earlier Wednesday, Foreign Affairs Minister Chrystia Freeland told reporters they should bear in mind that NAFTA negotiations have not started.

"Canada is ready to come to the table at any time," she said.

The call with Canada came first, late in the afternoon. Canadians knew that Trump would speak with Pena Nieto after.

Trudeau's call was characterized by a government source as partly an effort to ask for clarification after the news reports, and partly an attempt to help Trump help himself by reiterating messages previously shared with the Americans about the mutual economic destruction that would result from rash or politically motivated decision-making.

Late Wednesday evening, a White House statement said conversations with both Trudeau and Mexico's president were "pleasant and productive," and the three would proceed swiftly toward the renegotiation.

Trump said it was his "privilege" to update NAFTA and an "honour" to deal with the other two.

His tweets Thursday, however, made it seem like the other two leaders came to him asking him not to terminate, and he consented.

I received calls from the President of Mexico and the Prime Minister of Canada asking to renegotiate NAFTA rather than terminate. I agreed..

...subject to the fact that if we do not reach a fair deal for all, we will then terminate NAFTA. Relationships are good-deal very possible!

Far from being on the verge of a trade war, as some had speculated after new softwood lumber duties Tuesday and attacks on Canada's dairy industry last week, "relationships are good," he wrote, "deal very possible!"

A Canadian official said they're getting used to Trump's posturing, and the U.S. president is free to portray things as he will.

Trudeau told reporters Thursday that he was always going to defend Canada's interests without confrontation, but in a "firm but responsible and polite way."

Trudeau also spoke with the Mexican president on Thursday. According to a readout of that call provided by the Prime Minister's Office, both leaders welcomed Trump's apparent willingness to renegotiate the trade pact rather than scrap it.

"Both recognized the importance of NAFTA as a vehicle for growth in North America and looked forward to the ongoing partnership of our two countries," the statement said.