Thinking the unthinkable: how Canada and the U.S. agreed on border restrictions in a hurry

For almost 20 years, the dominant theme of Canada's approach to relations with the U.S. has been the need to keep the border as open as possible. But when the scope of the pandemic threat became obvious, getting both sides to agree to border restrictions took practically no time at all.

After two decades of fighting to keep the border as loose as possible, tightening it up took only a day

On Tuesday afternoon, Deputy Prime Minister Chrystia Freeland called U.S. Vice President Mike Pence with a proposal: could Canada and the United States agree to ban all non-essential travel between the two countries?

The idea of a Canadian official pitching new border restrictions with the United States would have seemed profoundly strange until very recently. For most of the last 19 years — at least since the United States briefly closed its border in response to the terrorist attacks of Sept. 11, 2001 — Canada's focus has been on keeping the flow of people and goods between the two nations as free as possible.

But these are strange days.

According to senior Canadian government sources, speaking on condition of anonymity, Pence responded positively to Freeland's suggestion but wanted to take the proposal back to American officials, including President Donald Trump. An hour later, Pence called Freeland back and gave the go-ahead for officials in both countries to begin working out the details.

Discussions followed between Public Safety Minister Bill Blair and Acting Secretary of Homeland Security Chad Wolf. Also involved were Acting Ambassador to the United States Kirsten Hillman and Brian Clow, an advisor in the Prime Minister's Office who oversaw a special unit dedicated to Canada-U.S. relations during the renegotiation of NAFTA. Freeland herself dealt with Secretary of State Mike Pompeo.

On Wednesday morning, Canadian officials sought a conversation between Prime Minister Justin Trudeau and Trump to finalize a broad agreement. That call was quickly scheduled for 9:30 am and the prime minister told the president that he hoped to announce an agreement at 10:30 am. 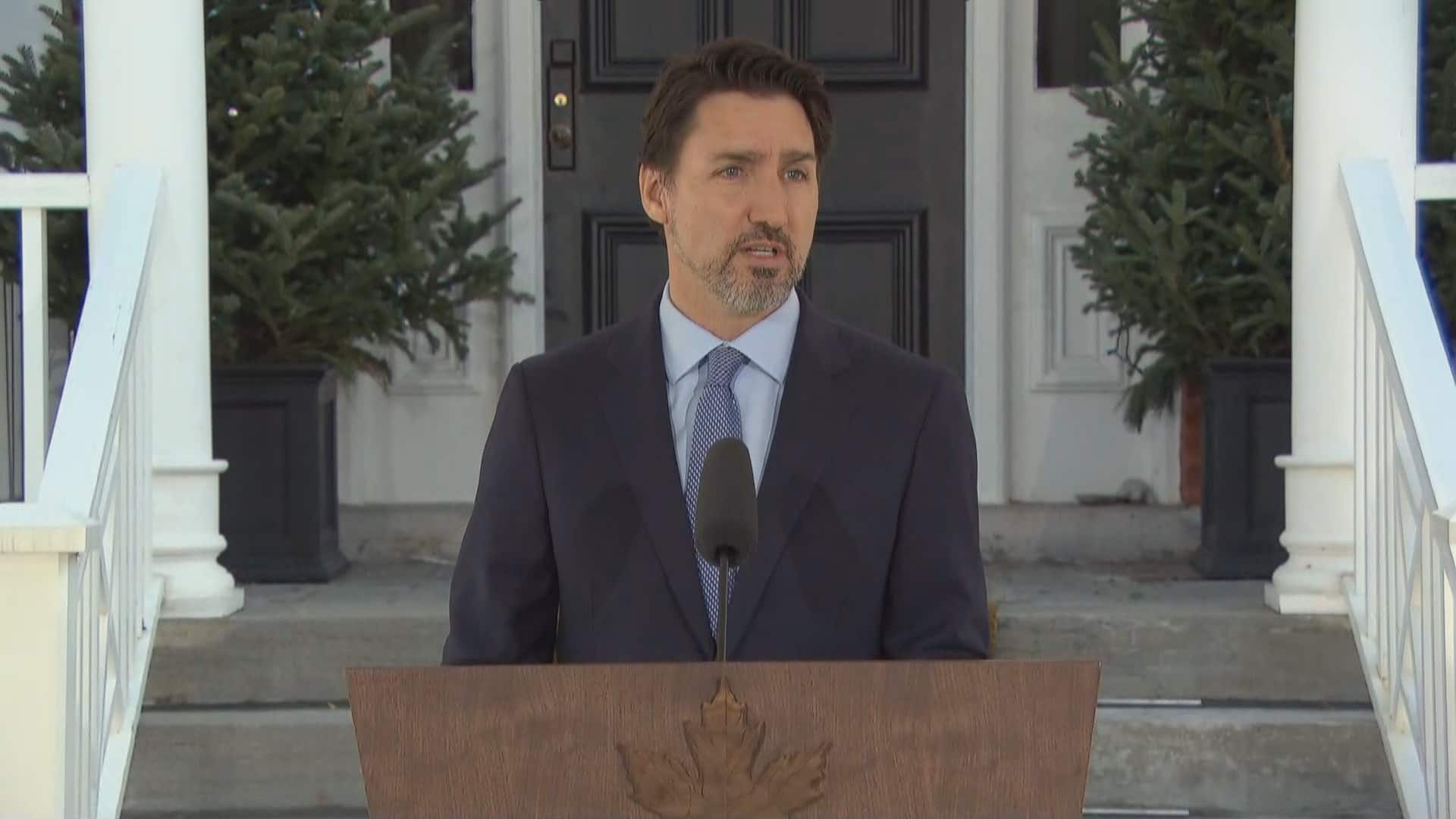 12 months ago
1:36
Prime Minister Justin Trudeau announced that travellers will no longer be able to cross the border for recreational and tourism purposes. 1:36

Trump agreed and promptly tweeted his own announcement when the call concluded.

"I just spoke to President Trump again this morning and we have agreed that both Canada and the United States will temporarily restrict all non-essential travel across the Canada-U.S. border," Trudeau said when he appeared before the cameras.

"I spoke with the Prime Minister Trudeau, very good relationship obviously between us and our two countries," Trump later said at his own news conference. "We both thought it was time now … It was just something we thought would be good for both countries."

Discussions are continuing to finalize the details and implement the new restrictions. That implementation may not go perfectly smoothly.

But for all the drama that has seemed to define the relationship between the two countries and its leaders over the last four years, an extraordinary agreement to limit movement across the border was effectively completed in less than 24 hours. The discussions, we're told, were not contentious.

Perhaps that can be taken as an encouraging sign — that countries can work together in times of crisis, no matter how many tweets or taunts have been exchanged in previous months.

A senior Canadian source suggests that the experience of the last four years made it easier to facilitate conversations between officials now.

It wasn't all that long ago — in December, 2019 — that a tiff over comments made by Trudeau about Trump during a NATO conference in the United Kingdom seemed to bring the continental relationship to a new low point. But while relations have been noisy and often unnerving over the past four years, the two governments — so very unlike each other in so many ways — have tended eventually to arrive at mutually acceptable arrangements, even if it takes them a while to get there.

In this case, the two sides got there pretty quickly.

An evolving approach to the border

In news conferences before this week, federal officials had discouraged reporters from viewing strict measures at the border as a solution to the crisis presented by COVID-19. But, according to the senior government source, the advice of experts and scientists also changed as the situation evolved.

On Monday, the Trudeau government announced its first travel bans, but with an exception for American citizens. American visitors arriving at the border would be asked to self-isolate for 14 days (a condition that Freeland suggested would deter tourists) but they would still be allowed to enter the country.

In her remarks on Monday and Tuesday, Freeland referred to the border as a "lifeline." Billions of dollars in goods and hundreds of thousands of people cross that border each day — but a pandemic also tends to concentrate attention on what is being moved, rather than what it's worth. 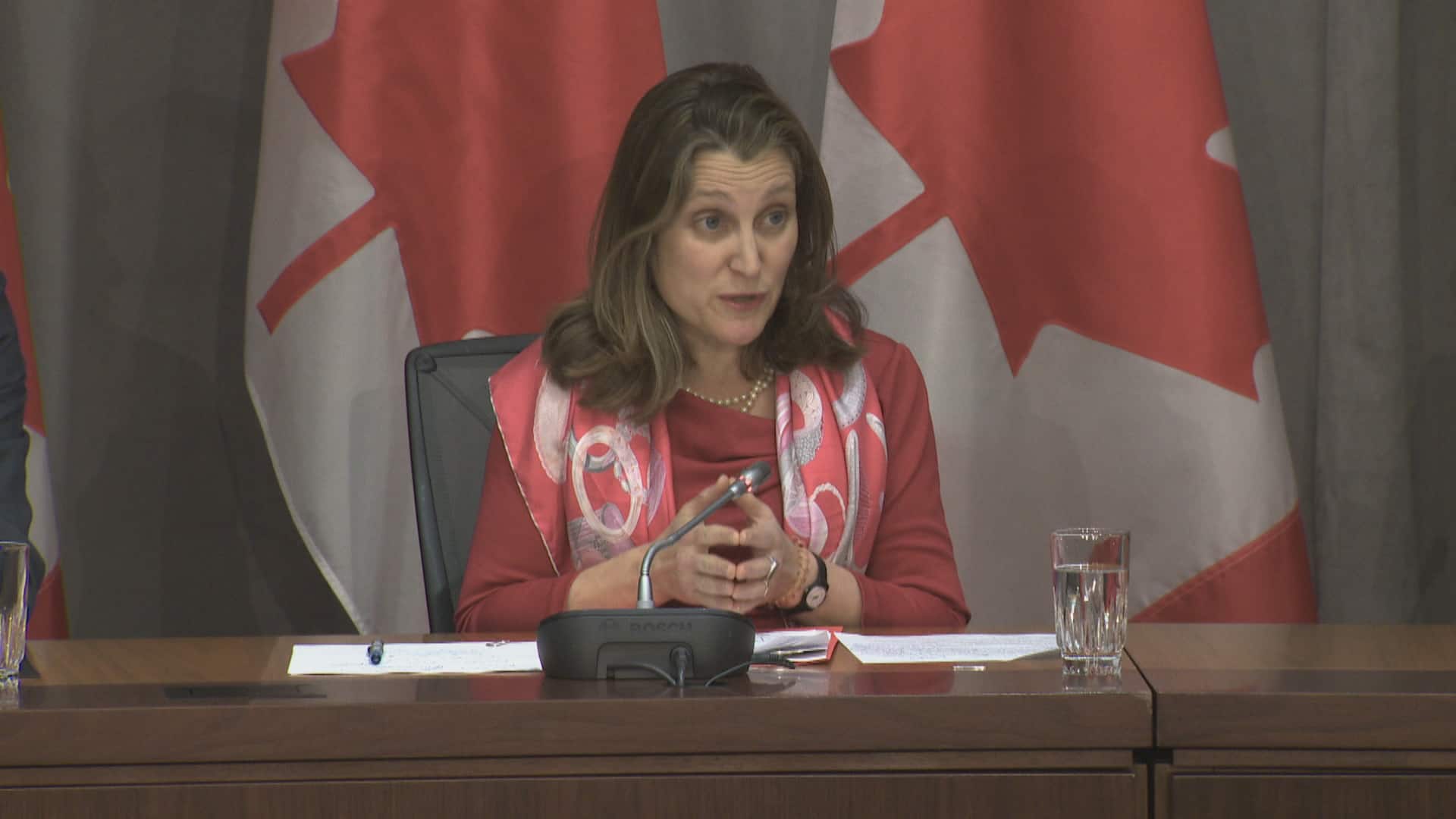 12 months ago
2:15
Deputy Prime Minister Chrystia Freeland says the Canada-U.S. border is a 'lifeline' for both Canadians and Americans, when asked why more restrictions are not being put into place along the border to stop the spread of COVID-19. 2:15

On Wednesday, Blair noted that, in some border cities, the people who cross the border for work include hospital staff.

So fully closing the border was never going to be an option.

But British Columbia Health Minister Adrian Dix spoke up on Monday to argue for more restrictions. Dix's province shares a border with the State of Washington, which is experiencing one of the worst outbreaks in the United States: as of Monday, 42 people had died in Washington and nearly 800 cases had been detected.

On the day Canadian officials announced they were suspending travel from Asia and Europe, they were challenged by reporters to explain why they were still allowing visitors in from the United States.

If Canadian officials could justify suspending travel from Asia and Europe, they were soon going to have a hard time explaining why they were still allowing visitors in from the United States.

On Tuesday, the Trudeau government decided to go ahead with its proposal to the United States.

According to the senior government source, the Canadian government had received no indications that the United States was thinking of proactively closing the Canada-U.S. border — but officials had to be aware of the fact that the situation was changing rapidly and that other countries were taking swift action.

At the outset of NAFTA renegotiations in August 2017, Freeland delivered a speech in which she cited the example of Ogdensburg, New York and Prescott, Ontario. Even in the midst of the War of 1812, Freeland said, American military leaders avoided the area around the two border towns out of deference to the trade and commerce that occurred between them.

Those were strange days. Somehow, these seem even stranger.