The NDP is urging the federal government to condemn what it calls U.S. President Donald Trump's "racist" travel ban and to suspend a refugee agreement with the U.S.

The NDP is urging the federal government to condemn what it calls U.S. President Donald Trump's "racist" travel ban and to suspend a refugee agreement with the U.S.

The New Democrats have been pressuring the federal government to temporarily halt the Safe Third Country Agreement, arguing it endangers lives by forcing asylum seekers to cross into Canada outside official border points.

The party intensified those calls today in the wake of a revised executive order from the U.S. president.

When asked by NDP Leader Tom Mulcair if he believes the U.S. remains safe for refugees, Prime Minister Justin Trudeau said Canadians expect the government to work with the U.S. administration to promote economic growth and to stand up for Canadian values.

"We are an open and welcoming country and we continue to demonstrate that we truly believe diversity is a source of strength, that it helps cohesive and resilient communities create better opportunities," he said.

Mulcair shot back that Canadians want the government to take a strong position against discriminatory policies.

"Canadians expect a prime minister with the courage to stand up against a racist executive order," he said.

Trump's revised directive removes Iraq from the list of Muslim-majority countries whose citizens will be barred entry to the U.S. for 90 days. The new ban covers Iran, Syria, Somalia, Sudan, Yemen and Libya. 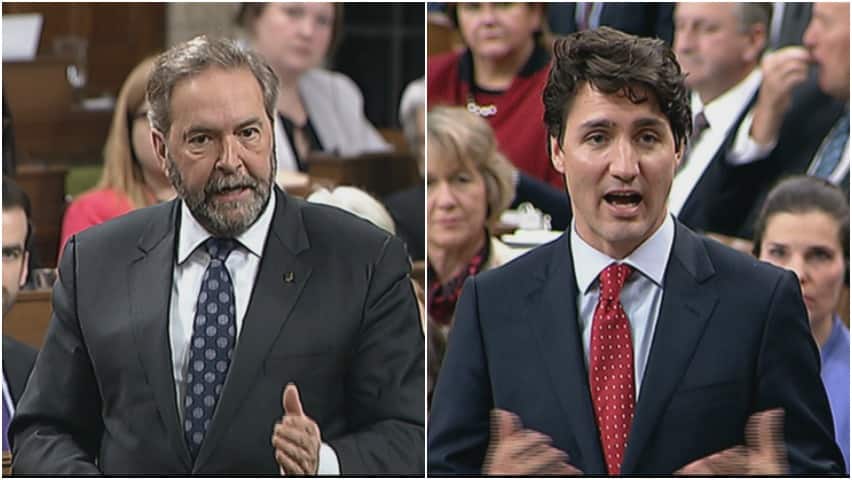 Mulcair wants Trudeau to stand up to "racist" Trump

4 years ago
1:17
NDP Leader Tom Mulcair calls on PM Justin Trudeau to stand up against Donald Trump after the latest executive order signed by the US President. 1:17

It also suspends the intake of refugees for 120 days, with the exception of those already officially confirmed for travel by the U.S. State Department.

Public Safety Minister Ralph Goodale would not speculate on whether the travel ban could accelerate the influx of asylum seekers to Canada, noting that global migration patterns are at the highest level since the Second World War.

But he said at first read, the executive order does not appear to have any effect on Canadian citizens and dual citizens travelling to the U.S., while permanent residents will continue to need a visa to enter the country.

"This is a detailed matter with some careful nuances and we're going to be looking at all the details so we can provide Canadians with complete information about everything they need to know," he said. 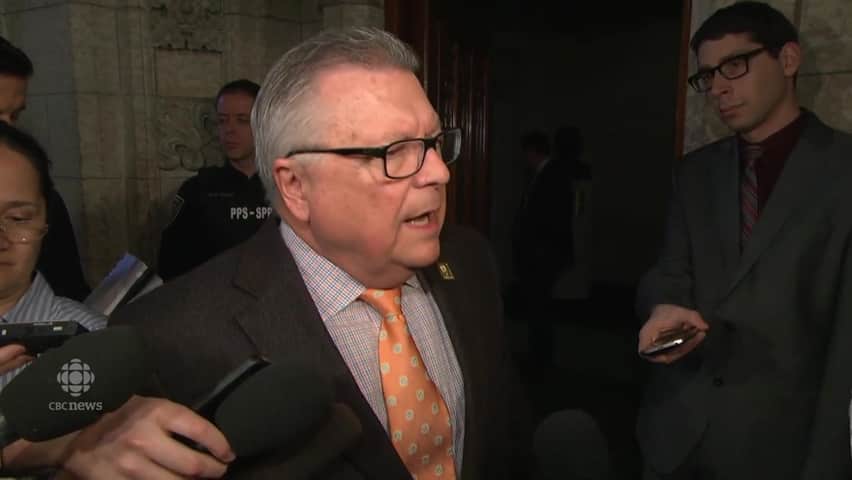 NDP immigration critic Jenny Kwan said the new travel ban is substantively the same as the first one that has been caught up in legal challenges, in that it targets people based on religion and country of origin.

"This is in my view, discrimination, let's call it for what it is," she said.

Kwan said suspending the Safe Third Country Agreement will allow people to come through the front door instead of the back door.

But Immigration Minister Ahmed Hussen made it clear the agreement would remain intact, insisting it helps the "orderly" handling of asylum claims in both countries.

"The head of the UNHCR in Canada is on record as stating that the domestic asylum system in the U.S. is intact, therefore it would be irresponsible to withdraw from the Safe Third Country Agreement," he said.