The Paris climate agreement officially comes into force today, but the celebrations in the climate community are muted amid fears that the election of a climate change skeptic as U.S. president could sink the deal.

The Paris climate agreement officially comes into force today, but the celebrations in the climate community are muted amid fears that the election of a climate change skeptic as U.S. president could sink the deal.

While the global climate change treaty is now legally in place — obliging the world to bring in measures starting in 2020, to limit the global temperature increase to no more than two degrees Celsius above pre-industrial levels — the prospect of Republican candidate Donald Trump being elected is causing alarm.

"It would take some steam out of the process, definitely," said Steven Guilbeault, who is the senior director of Quebec based environmental group Equiterre and a veteran observer of more than a dozen UN climate conferences.

There are also warnings Canada's domestic climate change plans could be put at risk if Trump takes power.

"If the U.S. stops these forward motions against climate change, then Canada is going to be in a really difficult situation," said Laura Dawson, director of the Canada Institute at the Wilson Center in Washington and an expert in trade and international agreements.

"I think anything is possible and probably the extreme options are equally likely," Dawson told CBC News.

Trump has been bluntly skeptical of global warming for years. He promised in a campaign speech at a Petroleum Conference in Bismarck, N.D., last May that he would scrap the Paris climate deal.

Trump has often used Twitter to express his views on climate change.

This very expensive GLOBAL WARMING bullshit has got to stop. Our planet is freezing, record low temps,and our GW scientists are stuck in ice

Under President Barack Obama the U.S. has made climate change a priority, playing a key role in crafting the Paris climate agreement.

In November 2014, Obama signed a landmark pact with China that put the world's two largest emitters in lockstep to cut carbon emissions. The U.S. vowed to cut emissions by 26 to 28 per cent below 2005 levels by 2025, while China agreed for the first time to cap its emissions by 2030.

The deal broke the logjam in climate talks and paved the way for the Paris agreement. In September both China and the U.S. formally ratified the deal, prompting the rest of the world to follow.

The next step in the process is the Marrakech Climate Conference (COP 22) starting Monday, where more than 190 countries will negotiate the next steps for the deal.

As officials, negotiators and environmentalists head to Morocco, the possible effect of the U.S. election results on the negotiations is making some people nervous.

"We are seeing many, many countries and especially large new emitters like Brazil, South Africa, India and China stepping up to the plate in terms of playing a role in reducing emissions," said Guilbeault.

"But some of them might say, 'Well listen, if the historical largest emitter of greenhouse gas isn't doing anything about it, why should we developing countries do something about it?' It would be a setback on the international scene."

There are several ways Trump could legally abandon the Paris agreement if elected. He could pull out of the 1992 UN Convention on Climate Change that is the umbrella agreement for the Paris deal within a year of taking office.

He could also wait until the end of his first term to use a provision in the Paris agreement to pull out of the pact. Or he could simply ignore the plans Obama has made to cut carbon emissions, ensuring the U.S. doesn't meet its promises.

Canada could be left 'high and dry'

That would be a huge setback to the work Canada and the U.S. have done jointly on climate change over the last few years, according to Dawson. "I'm concerned that Canada is going to be left high and dry, if there is a Trump presidency, on energy policies," she said.

The two countries have signed a list of deals to cut emissions, including an exchange of hydro power to help U.S. states get off coal. They also share targets to cut methane emissions and plan to reach a goal of 50 per cent clean power by 2025. Ontario and Quebec now jointly share a cap-and-trade system with California.

In fact, the Trudeau government's climate strategy and the energy policies of provinces like Ontario are based on the expectation that their largest trading partner will soon have a price on carbon as well.

Dawson said that if Canada ends up with higher energy costs than the U.S., businesses will think twice about locating here when they can ignore climate policies that Canada holds dear.

The potential Trump effect on global climate change initiatives also prompted a rare comment on the U.S. election from China.

"If they resist this trend, I don't think they'll win support of their people, and their country's economic and social progress will also be affected," said China's top climate negotiator, Xie Zhenhua. "I believe a wise political leader should take policy stances that conform with global trends."

One of the largest environmental groups in the U.S. says China's comments are a big deal.

"I think that is quite a rare moment where another country would comment on the dynamics of an election," said Jake Schmidt, senior adviser to the Action Fund of the Natural Resources Defense Council.

"The reality is the business community wants this, that the investor community is already moving in this direction," he said. Combined with pressure from other countries, Schmidt hopes those forces would encourage even a climate change skeptic to "see the light and stick to the agreement." 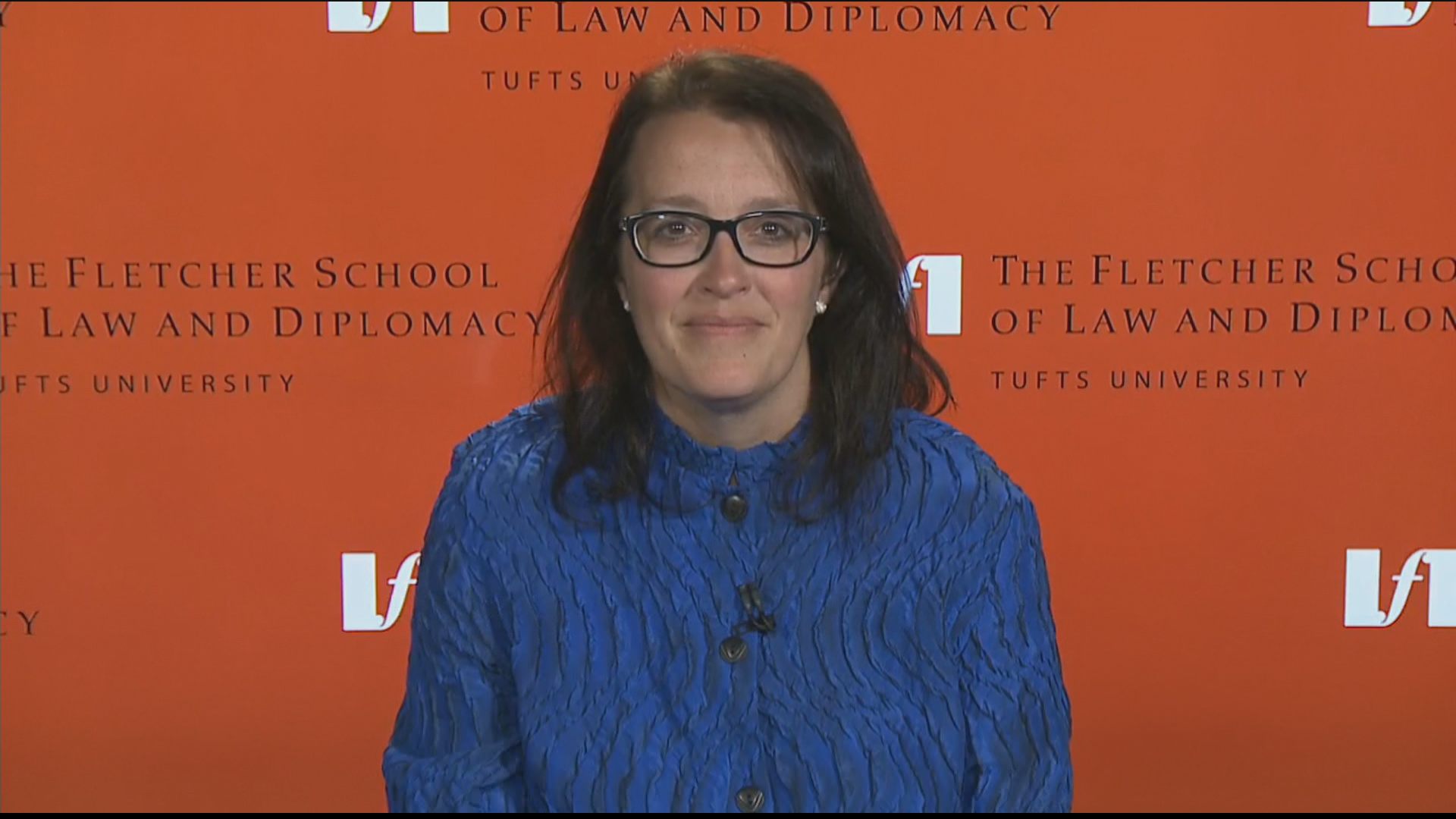 Bulding on the Paris agreement

6 years ago
Duration 9:03
Obama's former climate change adviser and professor of energy and environmental policy at the Fletcher School at Tufts University Kelly Sims Gallagher looks ahead to COP22 and building on the Paris agreement.

Follow the U.S. election on Tuesday, Nov. 8, with CBC News

CBC online: Our day starts first thing in the morning at CBCNews.ca with news and analysis. Then as polls close, we'll have live results and insights into the conversations happening on the ground and online. We'll cover the story from a Canadian perspective until a new U.S. president is declared.