Trump says NATO allies like Canada are 'delinquent' on military spending. Is he wrong?

'We're the schmucks that are paying for the whole thing,' President Trump says

At the core of his criticism of the multilateral alliance is the argument that the U.S. foots the bill for far too much of the alliance's defence capacity, and other member nations — including Canada — are "freeloaders" for failing to contribute their fair share of domestic military spending.

"We're the schmucks that are paying for the whole thing," Trump said at a recent rally.

"Frankly, many countries owe us a tremendous amount of money for many years back, where they're delinquent, as far as I'm concerned, because the United States has had to pay for them."

Trump previously has told allies that if they don't meet higher spending targets, they should leave the alliance and go it alone on military matters.

The president's pointed language might be off-putting for some Canadian observers — but is he right to call Canada a parsimonious defence partner?

"Yes, I think Trump has a point in that defence expenditure is a burden predominately carried by the U.S. The U.S. carries the load," Colin Robertson, a former top diplomat and the vice-president of the Canadian Global Affairs Institute, said in an interview with CBC News.

"We've got to do more. We can't expect the American public to pay all the costs of this alliance."

NATO is the central pillar of Euro-Atlantic defence and the cornerstone of Canadian defence and security policy — which is why Canada should contribute more, Robertson said.

"But Trump puts people off. Nobody likes a bully. When a bully tells you to do something, you usually tell him to f-off. It makes it hard for Trudeau to do something because a certain group of Canadians will be saying, 'Oh you're just kowtowing to Trump,'" he added.

"Canadian prime ministers have always been careful to keep a distance from their American counterparts ... but the bottom line is you do have to look at dollars because dollars do talk."

He said Canada should spend more on defence not merely to please Trump — who will just "take, take, take" — but also to serve our own national interests by increasing troop levels, replacing aging equipment, protecting Canadian sovereignty in the Arctic and taking part in humanitarian missions abroad.

Obama and Trump on the same page

European — and Canadian — military budgets have increased over the last two years, something Trump prodded NATO Secretary-General Jens Stoltenberg to give him credit for on Wednesday.

But NATO spending is an old obsession of American presidents. Trump's predecessor, Barack Obama, also chastised "free riders" for failing to spend a long-held target of two per cent of their national gross domestic products on the military.

Obama suggested the United Kingdom's reluctance to increase its defence spending could threaten its "special relationship" with the United States. 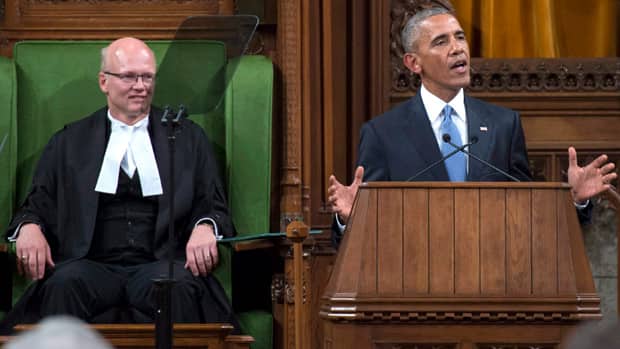 U.S. leaders have long looked with envy at the relatively low defence spending levels of other NATO countries as the Pentagon's budget continues to swell.

Canada signed on to an agreement to move "toward" the two per cent spending target at the 2014 NATO summit in Wales — a commitment that would cost Canadian taxpayers billions of dollars — to satisfy U.S. and NATO demands.

Canada's current spending comes in at just over one per cent of GDP — roughly $20 billion a year — a figure that many argue is simply too low to sustain a modern fighting force.

Others say quality is just as important as quantity. Trudeau has said that the two per cent benchmark doesn't adequately address the totality of a country's commitment to the alliance.

"I think the two per cent metric is an easy shorthand ... it is a very specific and, to a certain extent, limited tool,'' Trudeau said Tuesday after meeting with Canadian soldiers taking part in a NATO mission in Latvia.

Liberal B.C. MP Stephen Fuhr is the chair of the House of Commons defence committee, which recently completed a study of Canada's relationship with NATO. He said Canada shouldn't ignore the "aspirational" two per cent target entirely, but there are other ways to assess its contribution.

"I understand the need to have a number there, you need to put a stake in the sand somewhere, but it doesn't tell the whole picture. There are better ways to assess who is actually contributing," the former fighter pilot said in an interview with CBC News on Wednesday.

"Greece maybe spends more than us, but does Greece show up every time? Is Greece investing in the capabilities that NATO actually needs? That matters."

(Almost three quarters of Greece's budget goes to paying salaries and pensions. In a country where unemployment is rampant, a career in the Greek military is highly sought-after. The Mediterranean country fails to meet other NATO spending targets for major equipment purchases, for example.)

"Every time there is a NATO mission, Canada looks at it and decides whether it's in the national interest to participate, and we have every time," Fuhr added.

"It's all about capability. The bigger question is, is Canada delivering? And I think the answer to that question is yes, including in Latvia, big time. Our history has shown that you can count on Canada to show up and pull its weight most of the time. The two per cent is just one of the ways you can look at it."

Fuhr noted that the government's defence strategy — a policy called Strong, Secure, Engaged, which was unveiled last year — includes a commitment to spend $47 billion in new money over 20 years, which will move Canada marginally higher up the list to about 1.45 per cent of GDP.

"That's a lot of money to put into the military. We're moving in the right direction," he said.

Robertson said he has sympathy for the government's argument.

While Canada spends less than some, it has the best equipment interoperability in the alliance — meaning it's a reliable partner for the U.S. on missions abroad, he said. 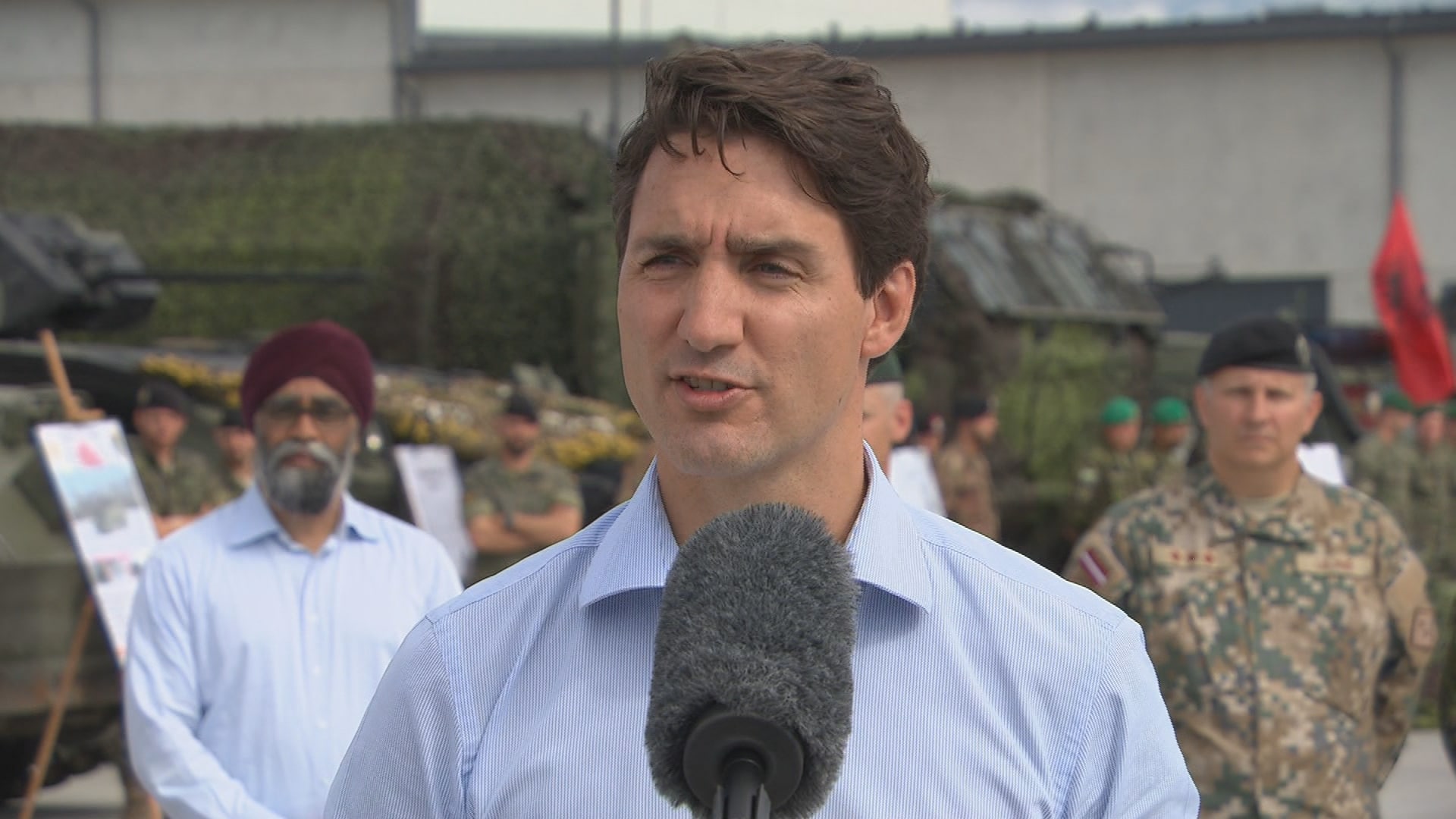 P&P: Does Trump have a point on NATO defence spending?

Only six of the 29 nations in the alliance can fully integrate with the U.S. in the air, on land, at sea and with the special forces.

A recent report from the Center for Strategic and International Studies, a leading Washington-based think tank, also sought to challenge the tunnel-vision focus on the two per cent target. The report, Counting Dollars or Measuring Value, suggested putting a greater emphasis on resources specifically "employed in the service of allied security" would be more useful.

"The almost singular focus on meeting the NATO pledge of spending 2 per cent of GDP on defence obscures many of the true challenges to growing national and collective capability and to strengthened transatlantic security," the report reads.

Based on the think-tank's own assessment, Canada ranks fourth overall in NATO in terms of total commitment when you include troop levels on deployments to NATO missions, aid to support security operations abroad and the willingness of NATO members to accept refugees from conflict zones, among other benchmarks.

Robertson said Trump also has conflated two issues central to the NATO spending debate. First, he said, the president's claim that the U.S. is "spending far more on NATO" than its allies is misleading. 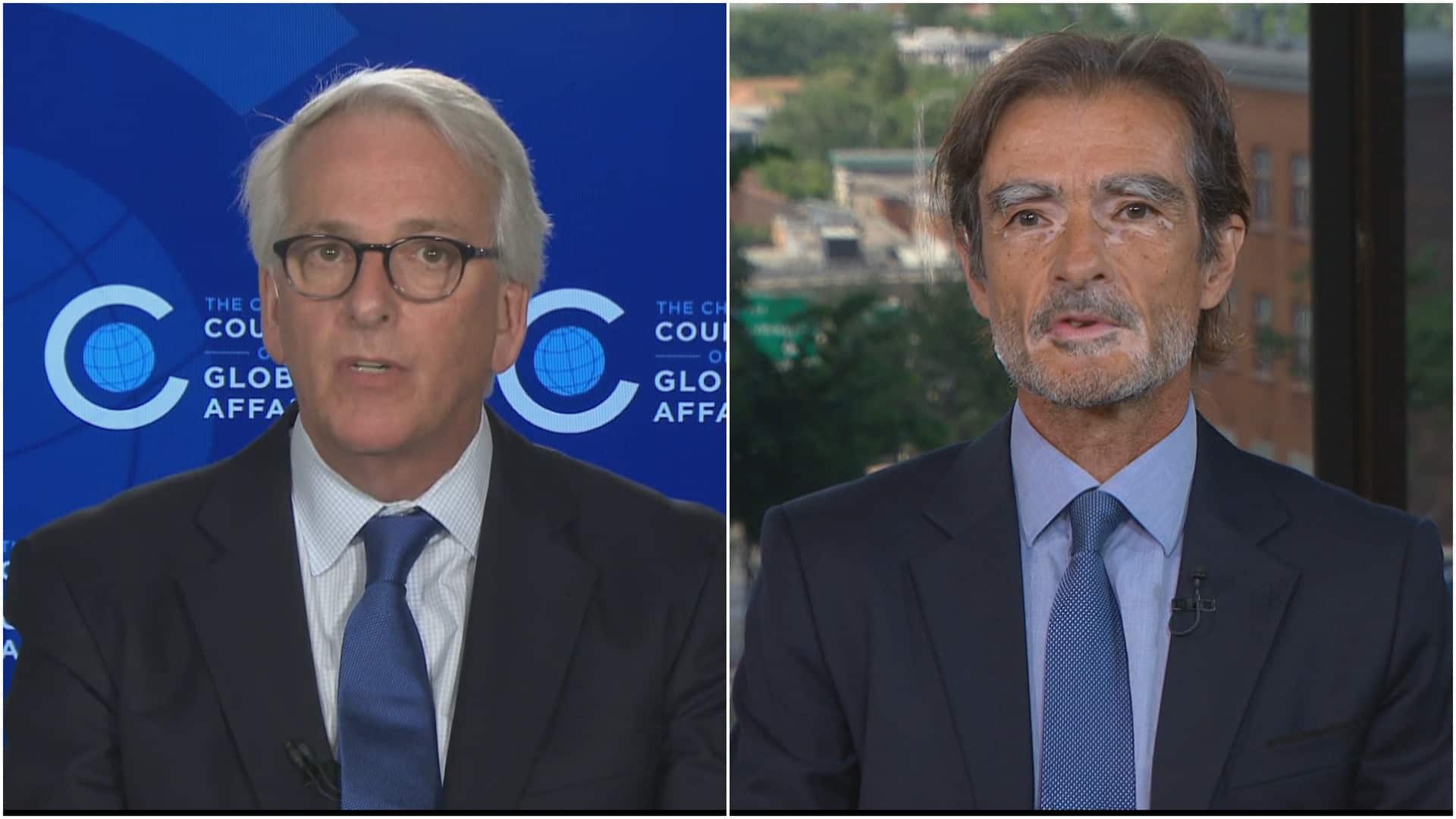 P&P: Does Trump deserve credit for the increase in defence spending by NATO allies?

A country's total military spending includes its NATO responsibilities and everything else its military does, he said. According to the recent Commons report, Canada currently provides about 6.6 per cent of NATO's common-funded budgets, making it the sixth-largest financial contributor to that budget among the member states.

That's not to mention the 435 Canadian civilian and military personnel currently working in the NATO bureaucracy, a number that does not include personnel deployed to NATO operations or staff working within various NATO support agencies.

Several Canadians are also serving in high-ranking leadership positions within NATO, including Lt.-Gen. Christine Whitecross, the commandant of the NATO Defense College in Rome, and Lt.-Gen. Christian Juneau, who is the deputy commander of the Joint Forces Command in Naples.