There are many questions for the Canada-U.S. relationship on the eve of Donald Trump's presidency, and most answers aren't yet clear. What seems certain, though, writes Power and Politics host Rosie Barton, is that Ottawa will have to do more than just point to shared borders, history and trade to get some of the country's needs met.

David Frum says there are worrisome question marks, but Canada's ambassador to U.S. tries to reassure

Half a world away from the festivities and protests taking place in the United States of America, the former Canadian prime minister managed to hit the nail on the head.

"The U.S. under [Donald] Trump will focus squarely on America's vital interests, narrowly defined, especially its economic interests. This does not mean the U.S. will be unwilling to work with friends and allies, but only when such friends and allies are only ready to bring real assets to the table," Stephen Harper told a forum in New Delhi, India.

The supporters who have descended on Washington this week trumpet that view. A town that embodies the very establishment they fought against, they have now claimed as their own. Hundreds of them are walking proudly down Pennsylvania Avenue clad in red ball caps with the words "Make America Great Again." 4 years agoVideo
7:01
Aaron Kall, the director of debate at the University of Michigan says there's it's anyone's guess what President Donald Trump's inaugural speech will touch on, but expectations are low — and that may help him 7:01

Time and again Trump supporters talked about what they wanted for America: jobs, fewer regulations, more for the people who live here. The "already" was implied.

"We have to stop being a hotel for the world," one man said while pulling a last drag on his cigarette. His 17-year-old daughter, who didn't vote, but would have chosen Trump, stood by nodding in agreement.

Expected to be a regulation killer

That is not a slogan, or a passing notion: Americans are about to see what happens when they, and those who govern them, turn inwards.

The former American ambassador to Canada, a Republican from South Carolina who was a reluctant Trump supporter, outlines what that might mean in terms of concrete and positive change for those who live here.

"The President's going to emphasize jobs, roll back some of draconian regulations we've seen in the last eight years – the job killing regulations … I think the next hundred days things are going to happen and we're going to get positive results and the economy's going to improve because of it," said David Wilkins.

There is nothing wrong with a country seeking to improve and protect itself first. The question now is whether this approach under president Trump will be harmlessly self-interested or dangerously isolationist. And perhaps more importantly to us, what are we, what is the rest of the world, to do in face of such an approach?

Be on guard, for starters. 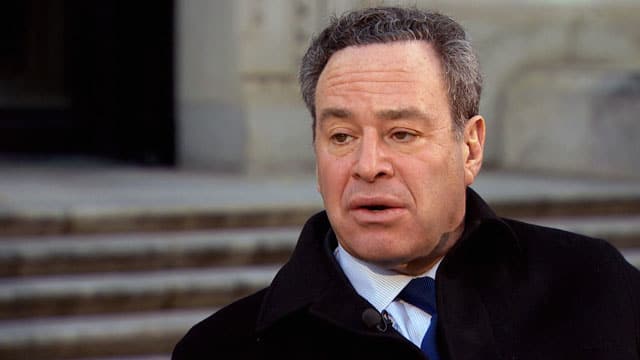 At least if you listen to former George W. Bush speechwriter, David Frum.

"The biggest worry is what is going to happen to America's system of global leadership and alliance structures which are under tremendous pressure," said Frum. "And question marks and beyond question marks over those really trouble me."

Questions are fine, but without immediate answers, perhaps not overly useful for America's closest neighbour, biggest trading partner, and ally.

The better approach might be what any Canadian in any position to influence someone offers as advice: do not panic.

The Canadian government and many of its proxies now have cell phone numbers and emails for key players or soon-to-be-players in the administration. Some of them are even promising to visit Canada soon.

The Trump people are taking meetings, talking to Canadian counterparts and so far the tone of the engagement is "constructive," according to Canada's ambassador to the U.S., David MacNaughton, trying to offer some reassurance at a time of uncertainty.

"We shouldn't be afraid of change, we should embrace change. We should make it work for us, but we also have to make it work for them, " said MacNaughton, perched on his rooftop looking out onto Capitol Hill.

Canada may need to prove value

That last part is the key, of course, and exactly what former Prime Minister Harper was advising in his speech.

No longer can we rely on the fact that Canada just is important by virtue of our geography or by the simple fact that more than $2 billion a day crosses our shared border. The argument will have to get much more specific about what it means for the United States and to the United States: what can we offer? How can we "make a deal" as it were?

Just listen to Donald Trump on the eve of inauguration.

"We're going to get our jobs back. We're not going to let other countries take our jobs any longer. We're going to build up our great military. We're going to strengthen our borders. We're going to do things that haven't been done for our country for many, many decades," he declared while standing in front of the Lincoln Memorial on the National Mall.

But Trump had one more message for the American people, "You're not forgotten anymore."

Some Americans may welcome the notion of being front and centre for the new administration. A notion Trump will still have to prove to them.

What that means for the rest of us is unclear.

But for now, there is this advice from those in the know: Do. Not. Panic.