U.S. President Donald Trump does not think highly of Canada, says his former national security adviser John Bolton — who warns that the bilateral relationship could deteriorate even further in a second Trump term.

'I think it makes him much more unpredictable,' Bolton says of a two-term Trump presidency

U.S. President Donald Trump does not think highly of Canada, says his former national security adviser John Bolton — who warns that the bilateral relationship could deteriorate even further in a second Trump term.

Bolton, who served as Trump's national security advisor in 2018-19, told CBC News that Trump thinks Canada has "out-negotiated" past U.S. administrations on trade and defence matters for decades. He said the former real estate promoter takes a "transactional" approach to foreign relations, with no policy or ideology underpinning his strategy beyond a fixation on the "dollars and cents."

"The president does not have a philosophy. He is not a conservative. He doesn't pursue a grand strategy. He doesn't think about what we conventionally mean when we use the word 'policy,'" Bolton said in an interview with Vassy Kapelos on CBC's Power & Politics.

"When trade matters are not roiling the waters between the U.S. and Canada, he tends to think about himself, which is his default position."

Bolton, a hawkish conservative who served as former president George W. Bush's ambassador to the UN in 2005-06, has been critical of Trump since leaving the administration.

Bolton's book, The Room Where It Happened, paints Trump as an unsavoury and "stunningly uninformed" character who understands little about statecraft. He describes the Trump White House as a chaotic, rudderless place where decisions are made in a scattershot fashion.

Trump has said Bolton's book is "a compilation of lies and made up stories, all intended to make me look bad." Bolton has said he will not vote for Trump or for his Democratic opponent, Joe Biden.

"I expect that the leaders of the party certainly are going to stand up, as they did when it came time for Richard Nixon to resign, and say it's time to leave," he said, referring to the former U.S. president who resigned the presidency after the Watergate affair.

"It will be up to us to say we simply don't accept this behaviour." 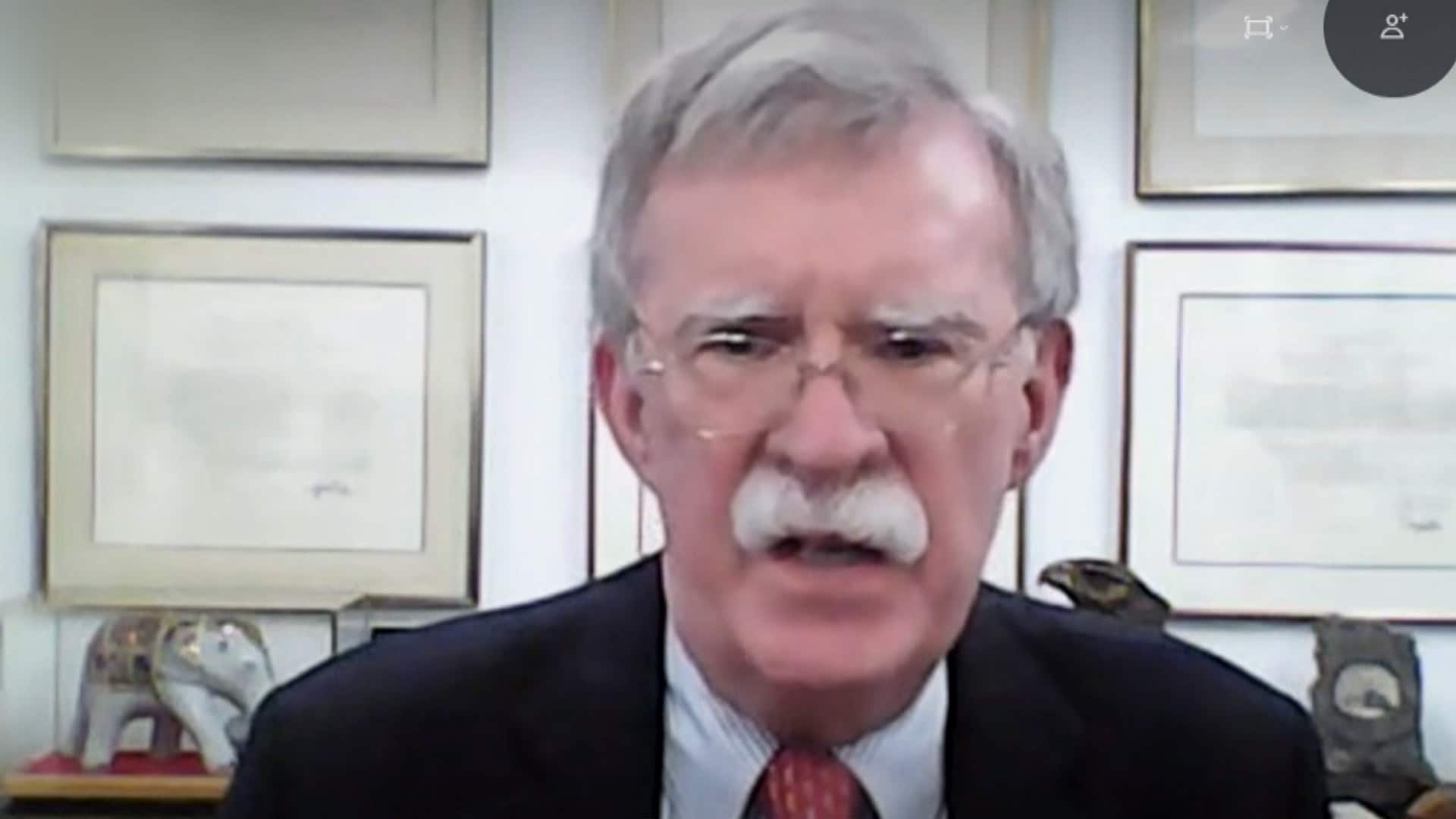 Bolton says U.S. election will be 'character test' for Republicans

Canada has been in Trump's crosshairs since the day he announced he was a candidate for the presidency in 2015. Trump spent much of the primaries and presidential campaign slamming the North American Free Trade Agreement (NAFTA) as a bad deal for the U.S. that resulted in job losses and hardship in the country's industrial Midwest.

In renegotiating the trilateral trade deal, he forced Canada to make concessions on agriculture by opening up the supply-managed market to more U.S. imports of dairy products and other goods.

During a campaign sweep through North Carolina, Pennsylvania, Michigan and Wisconsin today, Trump criticized Joe Biden for supporting NAFTA, saying the deal was terrible and Canada is difficult to deal with on the trade file.

"He was a cheerleader for NAFTA, which was the worst trade deal ever made probably by any country," Trump said.

"I'll tell you, Mexico, we've had a great relationship with Mexico. Canada is a little difficult to deal with, to be honest with you. You know, O Canada. We all love O Canada, right. I love that. They stand for their national anthem and we have to stand too."

The Trump administration has also hit Canada with tariffs on key exports such as steel, which it has justified by claiming the imports threaten the continued functioning of U.S. companies that supply the American military — a largely baseless claim.

The U.S. pulled the tariffs but the U.S. Trade Representative, Robert Lighthizer, has said that decision will be reviewed after Tuesday's election.

Trump also has taken aim at Canada and other NATO allies for failing to meet spending targets that call on each member country to contribute 2 per cent of their gross domestic product (GDP) to the military — a spending threshold Canada hasn't met in decades. Trump has, in turn, painted allies as freeloaders that exploit American generosity.

In fact, Bolton said, Trump likely would be even more aggressive on foreign policy after re-election because he'd be largely free from electoral considerations.

"Trump did not make decisions on the basis of weighing the pros and cons of the options available to him, or by doing cost-benefit analysis. He decides on an ad-hoc basis, often based on what he believed the political ramifications would be in the United States," Bolton said.

"If he wins re-election, he passes by a guardrail that in his first term was a major constraint. And in a second term, I think it makes him much more unpredictable. I think it's harder to judge what he would do in a second term than any president in recent American experience."

Prime Minister Justin Trudeau and the federal Liberal government are preparing for all eventualities. Last week, Trudeau convened a meeting with Canada's ambassador to the U.S., Kirsten Hillman, and Canadian consul generals.

"We will, of course, be watching election day unfold in the United States with confidence in American democracy and their democratic traditions that have managed this event every four years for a very, very long time successfully," Trudeau said during a news conference on Thursday.

"There have been situations — in 2000, for example — where it was a matter of weeks before arriving at a final outcome. And as we did then, we will follow along carefully without interfering or intervening in well-established processes internal to the United States's democracy."

Speaking to CBC over the weekend, Hillman said she has no concerns about disruptions to Canada's economy should the results of the U.S. presidential election be delayed or contested.

Bolton said that while he's not supporting Biden, he thinks he'll likely be the winner after all the votes are tallied — but he said Trump still has an outside chance.

He said pollsters have been consistently wrong when measuring Trump's appeal among white working class voters, and those people could show up for Trump in droves for in-person voting on Tuesday.

"The entire country is still operating under the mistakes that the pollsters and the commentators made in 2016," Bolton said. "So my view is, right now, I would bet a dollar, a U.S. dollar, that Biden wins, but I wouldn't bet any more than that."

Bolton said he's hoping for a peaceful transition of power if Trump loses — but he warns that, with Trump, anything is possible.

"He cares about himself. He doesn't care about our institutions. And I don't expect his departure to be gracious, although I don't think we're going to have to pry his fingernails away from the Resolute desk," he said.