Trudeau meets with women peacekeepers before wrapping up visit to Senegal

Prime Minister Justin Trudeau began his last day in Senegal with a photo op focused on women in peacekeeping where he praised the women for bringing "added value" to missions.

After photo op where men did the talking, PM holds 'informal chat' with female members of gendarmerie

Prime Minister Justin Trudeau began his last day in Senegal Thursday with a photo op focused on women in peacekeeping where he praised the women for bringing "added value" to missions.

The prime minister watched from beneath a tent decked out in the green, yellow and red of Senegal's flag as female peacekeepers demonstrated how they would stop an attacker approaching a United Nations checkpoint in a vehicle.

The women, members of Senegal's gendarmerie, trained their rifles on the suspect and barked orders at him through a loudspeaker.

After removing him from the SUV, they handcuffed him and put him in the back of a UN pickup truck while other gendarmes took covering positions. They then searched the SUV with a sniffer dog. Car bombs are a major threat to peacekeepers in some of Africa's most dangerous conflict zones, such as Mali.

Senegal, which has some of Africa's most professional armed forces, is the eighth-largest provider of UN Blue Helmets in the world.

Its forces are serving in six UN operations, including in the Central African Republic and South Sudan.

After the demonstration, Trudeau sat down for what was billed as an "informal chat" with the peacekeepers.

In front of the cameras, Trudeau and Senegal Defence Minister Sidiki Kaba spoke about the importance of including women in peace operations.

"They can do everything that is needed to do, and bring added value as well, to the full range of operations," said Trudeau.

Watch: Trudeau says Canada has worked to get more women into international peacekeeping because they bring results: 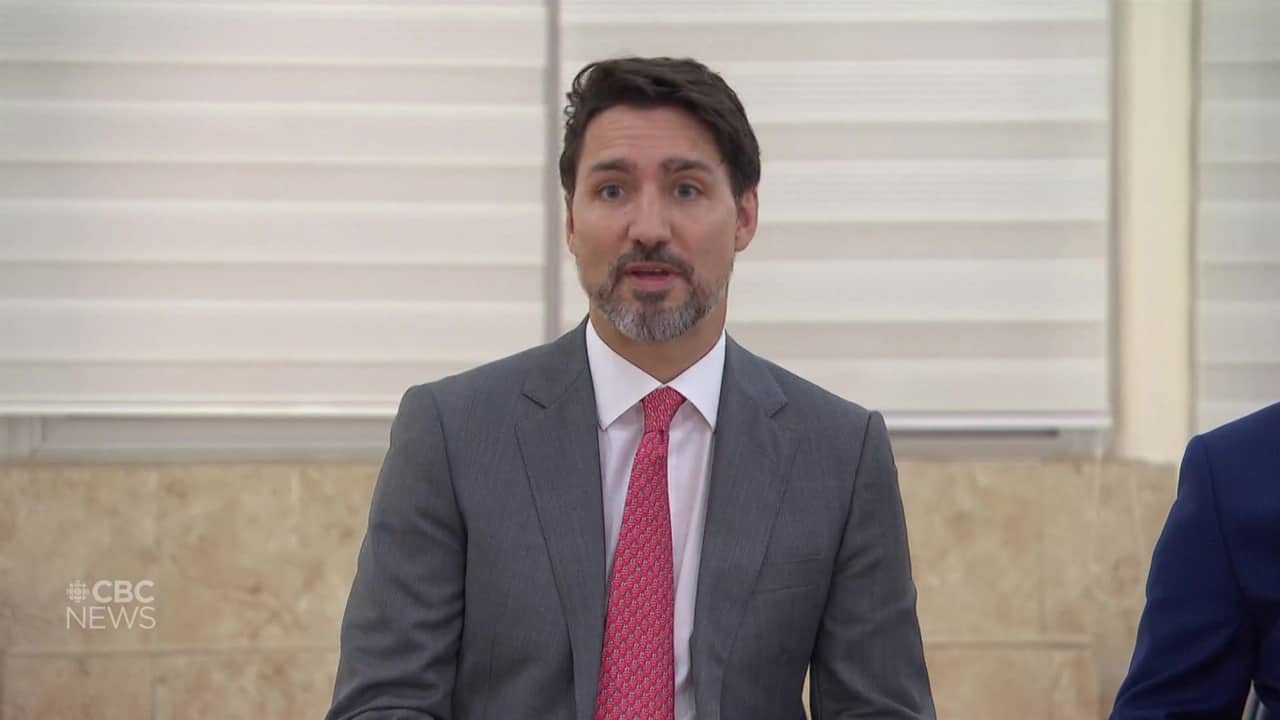 12 months agoVideo
0:40
Prime Minister Justin Trudeau talks about what women bring to the field of peacekeeping in Dakar, Senegal. 0:40

None of the women present — including Jacqueline O'Neill, Canada's ambassador for women, peace and security — spoke at the event. Journalists were prevented from speaking with the women gendarmes.

Later in the day, O'Neill told reporters that the women did the talking behind closed doors.

"We went into an hour-long conversation that was very frank and open where almost exclusively the women peacekeepers spoke," O'Neill said.

The women at the meeting were all Senegalese police, members of the gendarmerie and veterans of army  peacekeeping missions.

O'Neill said they spoke about the challenges they faced as women in those military and paramilitary forces, noting that some of those experiences were similar to those faced by Canadian women in those professions.

O'Neill said the women also told her and Trudeau that Canada can support them and their institutions.

The earlier display of the female gendarmes' practical skills was to show them doing more than just talking about their jobs, she said.

"They were showing, number one, what they were trained and capable of doing, which you'll note was not just working with other women in the community. It was taking down a male suspect," said O'Neill.

"Part of that demonstration was saying, 'We're women in the police and military. We can do the same job as men can do.'"

Watch: Jacqueline O'Neill speaks about women peacekeepers and her role as ambassador for women, peace and security 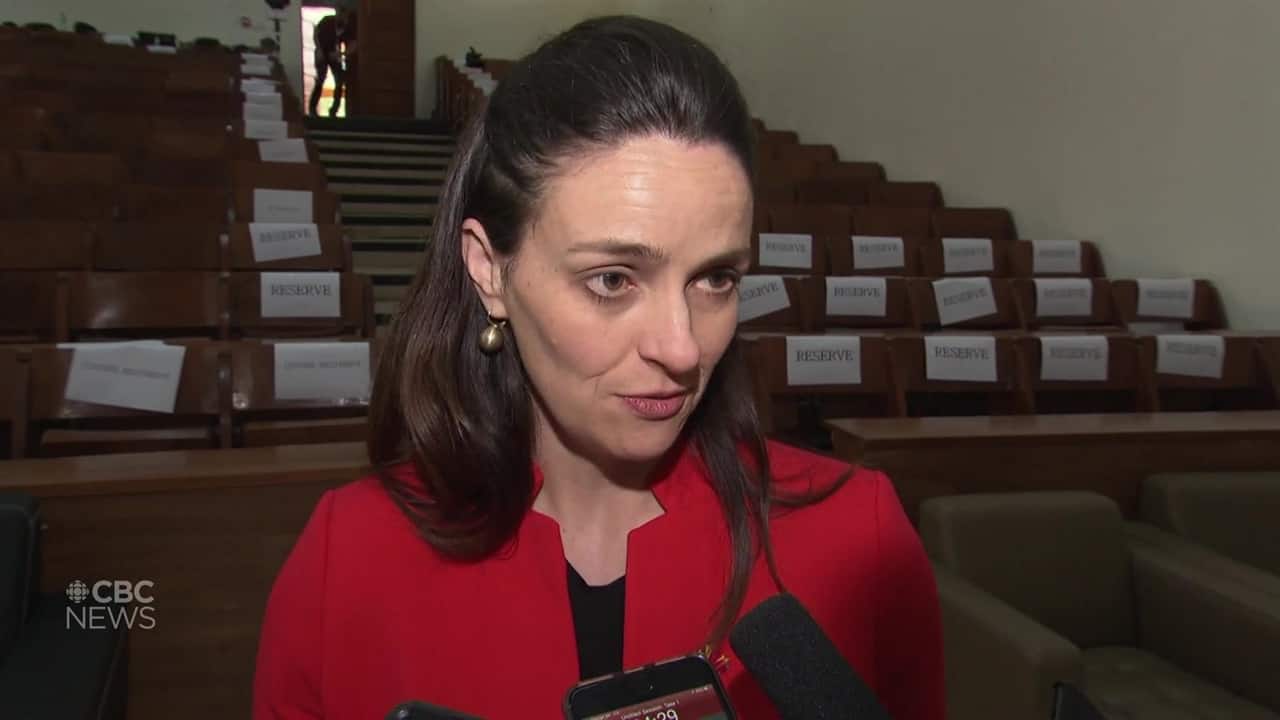 Trudeau, who is wrapping up a brief tour as part of Canada's bid for a UN security seat, also highlighted Canada's work on the Elsie Initiative, which aims to meaningfully increase women's participation in peace operations. Canada has contributed $15 million to the project.

Media were asked to leave while the prime minister talked privately with the female peacekeepers about their experiences.

WATCH | Trudeau questioned about speaking out against human rights issues: 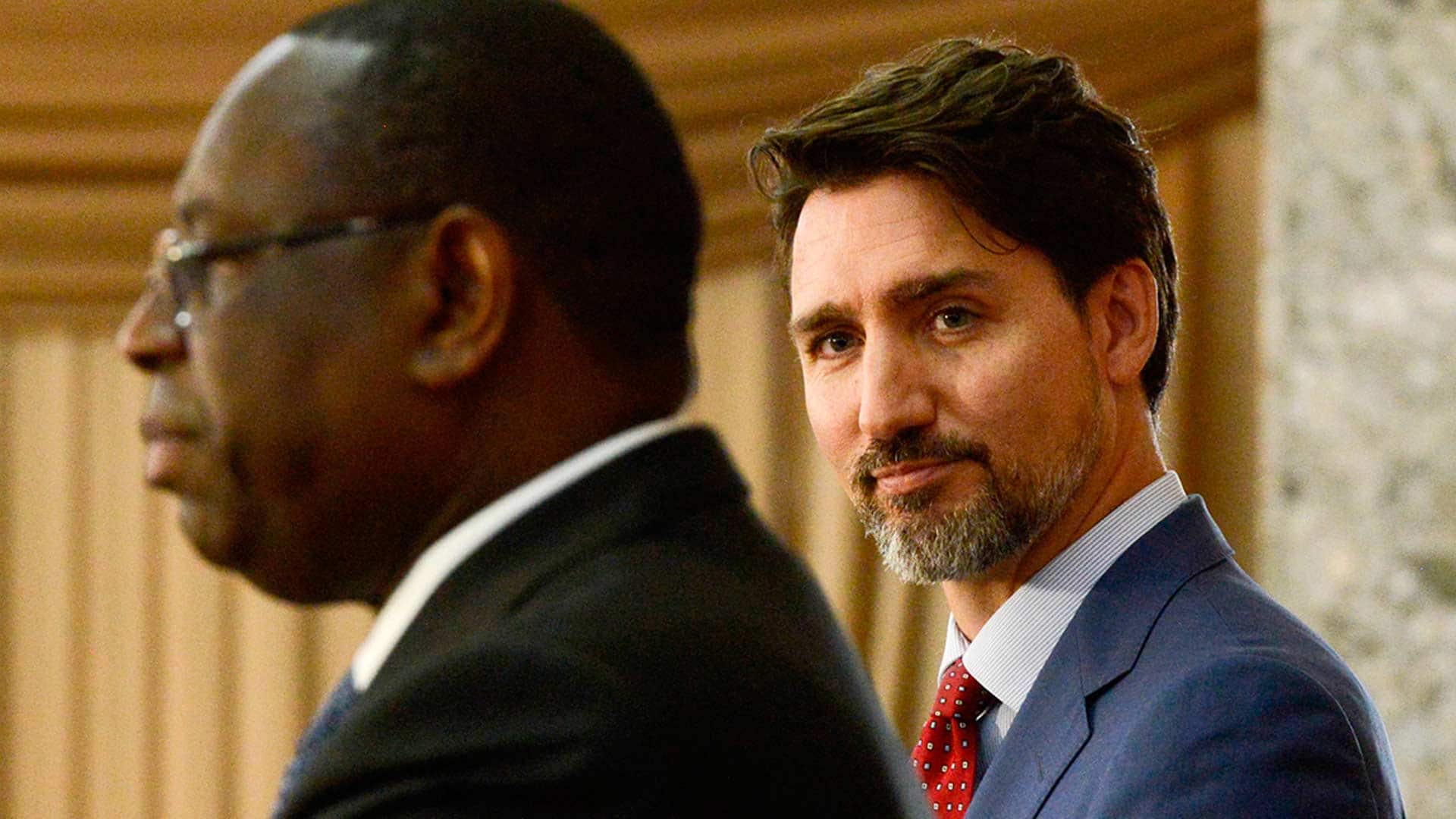 Trudeau questioned about speaking out against human rights issues