Former justice minister Jody Wilson-Raybould will appear before the House of Commons justice committee to present her version of events surrounding her departure from the federal cabinet.

Former justice minister Jody Wilson-Raybould will appear before the House of Commons justice committee Wednesday to present her version of events surrounding her departure from the federal cabinet. While before MPs, the following eight questions are likely to come up in one form or another as the committee tries to determine whether the Prime Minister's Office improperly pressured the former minister.

1. Was Wilson-Raybould threatened with personal or professional consequences by the Prime Minister's Office?

From testimony to the committee last week by Clerk of the Privy Council Michael Wernick it is clear that Wilson-Raybould met with Trudeau and members of his staff to talk about SNC-Lavalin on a number of occasions. Understanding what was said in those meetings is crucial because it could shed light on whether or not Wilson-Raybould was gently nudged toward a decision, or threatened with consequences if she did not make one favourable to the PMO.

Wernick testified Feb. 21 that he did not inappropriately influence Wilson-Raybould to pressure the director of public prosecutions to sign a deferred prosecution agreement (DPA) with SNC-Lavalin. Trudeau and his former principal secretary, Gerry Butts — who resigned last week in response to the allegations — have also denied any wrongdoing.

It is expected that Wilson-Raybould's version of events will help shed light on whether or not the Shawcross Doctrine was violated. According to the doctrine, the attorney general must consider the impact of prosecution on the public interest. The attorney general can consult with cabinet colleagues, but those discussions are limited to hearing advice, not receiving directions.

2. Did Wilson-Raybould tell Trudeau she felt the Shawcross Doctrine had been crossed? If yes, when? If not, why not?

Since the Globe and Mail first reported that Wilson-Raybould felt pressured to decide in favour of a DPA for SNC-Lavalin, Trudeau has not only denied the allegations but also the very idea that such pressure, if and when it occurred, was brought to his attention.

Speaking to reporters in Winnipeg the day after Wilson-Raybould resigned from the federal cabinet on Feb. 12, Trudeau said that he was "surprised and disappointed" by Wilson-Raybould's decision to step down.

"In regards to the matter of SNC-Lavalin, let me be direct: the government of Canada did its job and to the clear public standards expected of it. If anybody felt differently, they had an obligation to raise that with me. No one, including Jody, did that."

If Wilson-Raybould says she told Trudeau she felt improperly pressured, that would directly contradict the prime minister's words.

3. Why did Wilson-Raybould accept the move to Veterans Affairs in the January cabinet shuffle if she felt the PMO's conduct was improper?

On the day of the Jan. 14 cabinet shuffle, when Wilson-Raybould was moved into Veterans Affairs and made associate defence minister, she issued a long statement outlining her legislative and non-legislative achievements on the Justice file.

"Moving forward, I am very proud to be the minister of veterans affairs and associate minister of national defence. Any opportunity to serve and support Canada's veterans is a great honour, and I look forward to meeting with veterans across the country, engaging with the crucial matters that must be addressed, and continuing our government's progress to support and honour Canada's veterans," she said in a statement at the time.

Power & Politics with Vassy Kapelos will have special coverage of today's committee appearance by Jody Wilson-Raybould starting at 2 p.m. ET on CBC News Network. You can also watch P&P's special coverage starting at 3:30 p.m. ET on cbcnews.ca, YouTube, Twitter and Facebook and follow our live blog and updated stories at cbc.ca/politics.

And tune in to World at 6 on Radio One and The National tonight at 10 p.m. on CBC Television for more news and analysis on today's events.

Wernick told the committee last week that Wilson-Raybould did not want to take on either of the two Indigenous cabinet positions. Turning down an Indigenous position in favour of another cabinet post suggests there was some horse-trading when it came to her new position.

If that's the case, explaining why she made the effort to negotiate for her cabinet post with a prime minister that may have acted improperly will shed light on the legal ethics the minister was weighing at the time. 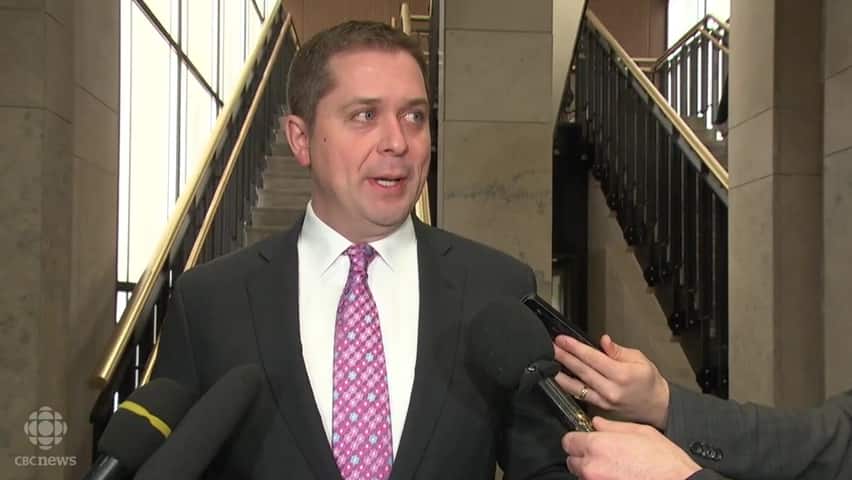 2 years ago
1:37
Conservative Leader Andrew Scheer says that PM Justin Trudeau is obviously hiding something by not allowing Jody Wilson-Raybould to tell her "truth" at committee today. 1:37

4. Why did Wilson-Raybould quit the federal cabinet and why did she wait until Feb. 12 to do so?

On Feb. 11, Trudeau took reporters' questions about the SNC-Lavalin affair, dismissing the accusations in the Globe and Mail as false. As partial proof of his argument Trudeau said Wilson-Raybould's ongoing "presence in cabinet should speak for itself." The next day Wilson-Raybould resigned.

If Wilson-Raybould tells the committee she felt the Shawcross Doctrine was crossed in the fall of 2018 and she was, in fact, threatened with personal or professional consequences by the PMO, her explanation as to why she decided to remain in cabinet despite that pressure will be key.

5. What was said in the Sept. 17 meeting between Trudeau, Wilson-Raybould and Wernick?

Wernick told the justice committee that the meeting was called by Trudeau to discuss the slow pace of legislation central to the government's Indigenous reconciliation agenda. When Wilson-Raybould asked Trudeau about SNC-Lavalin, Wernick said that Trudeau assured his then-attorney general that any decision in the case was hers to make.

​"He indicated that it was entirely her call to make, that she was the decider," Wernick testified. "And that is a message the PM conveyed to the minister on every situation that I'm aware of that came up."

6. What happened in the Dec. 5 meeting between Wilson-Raybould and Butts at the Chateau Laurier hotel in Ottawa?

Wernick told the justice committee that he did not know anything about the substance of the meeting, first reported in the Globe and Mail, between Butts and Wilson-Raybould.

According to a source that spoke to CBC News, when a staffer, the clerk or the prime minister himself speaks to a cabinet minister on an issue that will be discussed at cabinet, those conversations are considered a cabinet confidence.

The PMO has given Wilson-Raybould permission to discuss those conversations when she appears before the committee. Learning her version of events from that meeting will help the public understand whether or not Butts was involved in crossing the Shawcross Doctrine. 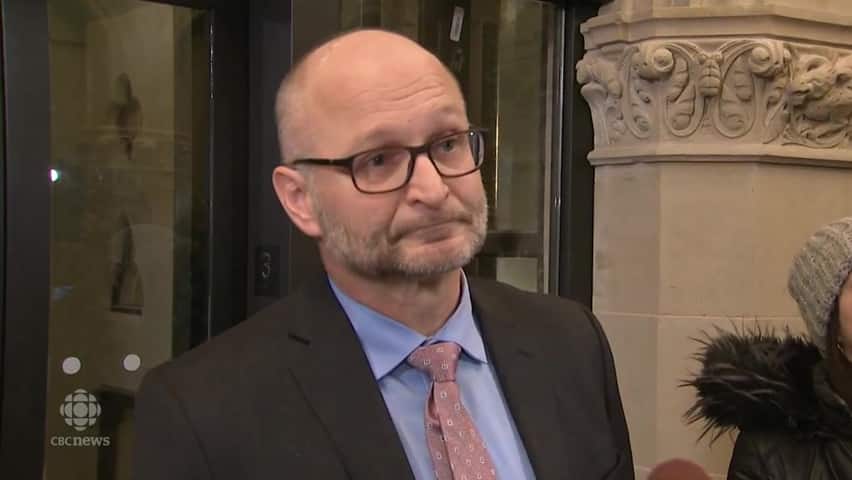 2 years ago
0:32
Justice Minister David Lametti outlines discussions between both sides to waive solicitor client privilege in order for his predecessor to be able to appear in front of the Justice Committee. 0:32

7. What was said in the Dec. 18 meeting between Wilson-Raybould's former chief of staff Jessica Prince, Gerry Butts and Katie Telford?

While there were no politicians present at the meeting, it stands to reason that whatever Prince heard in that meeting would have been relayed back to Wilson-Raybould. There has been no public account of this meeting, but a source tells CBC News that whatever transpired is crucial to Wilson-Raybould's argument that she was improperly pressured. Shedding some light on that conversation will help verify or discredit facts in the case.

8. What was said during the Dec. 19 phone call between Wilson-Raybould and Wernick?

Wernick told the committee last week that he "conveyed to [Wilson-Raybould] that a lot of her colleagues, and the prime minister, were quite anxious.

Determining the substance of that conversation will help to inform the committee as to whether or not Wernick applied any improper pressure on Wilson-Raybould.