Prime Minister Justin Trudeau said today the WE Charity is the only organization capable of administering more than $900 million in grants for students this summer.

Prime Minister Justin Trudeau said today the WE Charity is the only organization capable of administering more than $900 million in grants for students this summer.

Speaking to reporters during a COVID-19 briefing, Trudeau said federal public servants identified WE as the organization with the best nationwide network for connecting young people to paid volunteer positions this summer.

WE will administer the Canada Student Service Grant, which will provide eligible students with up to $5,000 to support the costs of post-secondary education in the fall. The amount of each grant will depend on the amount of time the recipient devotes to volunteer work.

The federal Liberal government has been criticized for allocating such a large sum of money to a third party that has ties to Trudeau and his wife, Sophie Grégoire Trudeau. Grégoire Trudeau hosts a podcast for WE and has appeared at a number of their youth-oriented events.

The federal Conservatives are calling for an investigation of the government's decision to have WE administer the program.

In a letter to Auditor General Karen Hogan, the Tories argue that "outsourcing" the Canada Student Service Grant to WE Charity undermines Parliament's ability to monitor the aid program.

"The proper channels for Opposition scrutiny, the very bedrock of our parliamentary democracy, have been circumvented," reads the letter signed by Conservative MPs Pierre Poilievre, Dan Albas and Raquel Dancho.

"Indeed, it is your office that will provide the most legitimate and transparent examination of this program." 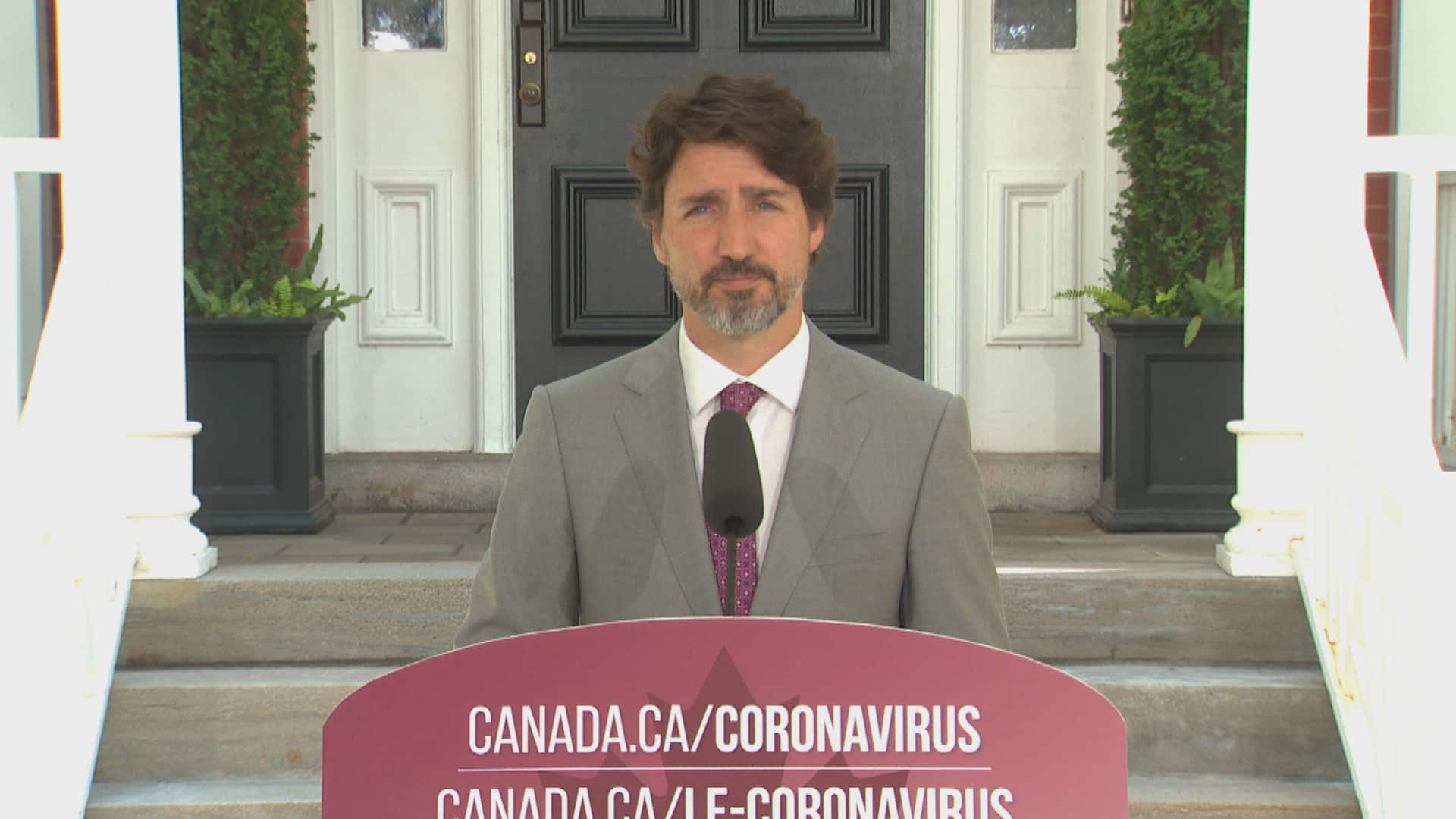 Trudeau said the federal government has worked with a number of charities during the pandemic — it has given money to the United Way to fund grassroots organizations, he said, and also to Food Banks Canada — and there is nothing wrong with this new partnership with WE.

He said thousands of young people want to "step up and engage in their communities" and the grants will help them to do that.

Trudeau said it was the Department of Employment and Social Development that recommended tasking WE with doling out the grants. The international charity, formerly known as Free the Children, was started by human rights advocates Marc and Craig Kielburger in 1995.

"When our public servants looked at the potential partners, only the WE organization had the capacity to deliver the ambitious program that young people need for for the summer," Trudeau said.

Paula Speevak, is president and CEO of Volunteer Canada, which promotes volunteerism across the country. She said she's concerned by the fact that these jobs are paid, adding it blurs the line between volunteering and working for a wage.

"We felt it was really important that you don't give the impression that you're paid for volunteering," Speevak said.

"We don't want people to be paid less than minimum wage and for it to be called volunteering. We wanted there to be clarity — volunteers give their time freely because of their passion or compassion."

Speevak said WE approached Volunteer Canada for help in promoting the student grants program and was willing to pay for the group's assistance.

She said she has no issue with WE being the lead on this grant system but she worries that WE is duplicating some of the work already done by other groups to create volunteer databases.

Volunteer Canada's "I Want to Volunteer" platform, funded in part by the federal government, allows people to sign up to help at 156 different organizations across the country. The CSSG platform run by the WE Charity is called "I Want to Help."

She said the similar names have been confusing for some users.

"One of the things that was really distressing was that after the program was announced ... we were inundated with calls and emails assuming we were involved. We had to take our phone numbers off the website," she said.