Prime Minister Justin Trudeau says that when his late brother Michel was charged with pot possession, his father's resources, legal network and connections helped make the charge "go away," and that he will introduce a "process" to help other Canadians with pot-related charges after recreational marijuana becomes legal.

After legalization, Trudeau will introduce a 'process' to 'make things fairer' for those with pot convictions

Prime Minister Justin Trudeau says that when his late brother Michel was charged with pot possession, his father's resources, legal network and connections helped make the charge "go away," and that he will introduce a "process" to help other Canadians with pot-related charges after recreational marijuana becomes legal.

Trudeau made the comments at a town hall hosted by Vice Media, during which the prime minister was asked by a member of the audience who had been charged with pot possession what Trudeau would say to someone in his position.

The prime minister answered the question by relating the story of how his late brother had been in a terrible car accident while driving back to Ontario from the West Coast. ​

When the police arrived at the scene, they found a couple of joints in the wreckage and charged Michel with possession of marijuana.

"When he got back home to Montreal, my dad said, 'OK, don't worry about it.' He reached out to his friends in the legal community, got the best possible lawyer and was very confident that he was going to be able to make those charges go away," Trudeau said. 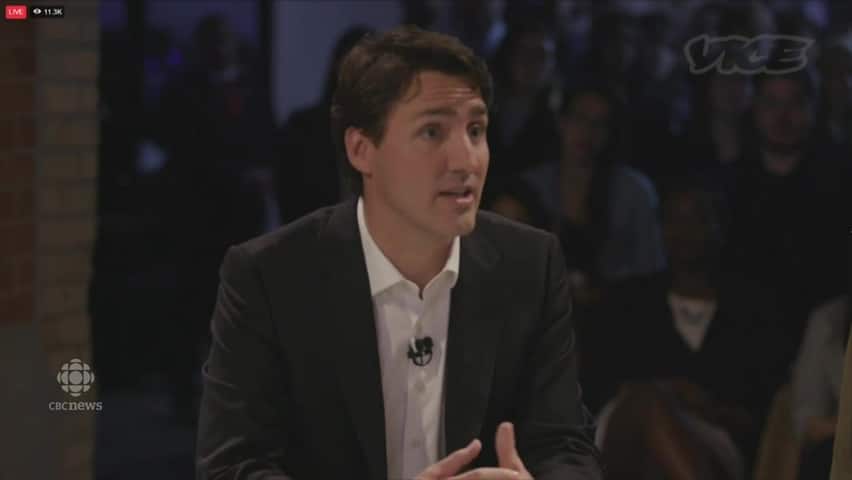 "We were able to do that because we had resources, my dad had a couple of connections, and we were confident that my little brother wasn't going to be saddled with a criminal record for life."

Trudeau went on to say how people from minority communities, or without the finances or connections to make a pot possession charge go away are treated unfairly under the current system, when "Canada is supposed to be fair for everybody."

Hinting at a pot amnesty?

Asked what he would do to help people who currently have marijuana-related charges, Trudeau said he would "start a process where we try and look at how we are going to make things fairer for those folks and for you."

"In the meantime, our focus is on changing the legislation to fix what's broken, about a system that is hurting Canadians like you, and then we'll take steps to look at what we can do for those people who have criminal records for something that is no longer criminal."

Trudeau dismissed the idea of decriminalizing marijuana now, because, he said, currently the market for recreational cannabis is controlled by criminals, and making their actions legal would do nothing to restrict and control the distribution and profits from marijuana.

This issue of decriminalization is one that has been pushed by the federal NDP, which has been pressuring Trudeau to offer relief to Canadians who are being given criminal records for something that will soon be legal.

Trudeau reaffirmed again Monday that until recreational weed is legal, the law of the land stands. 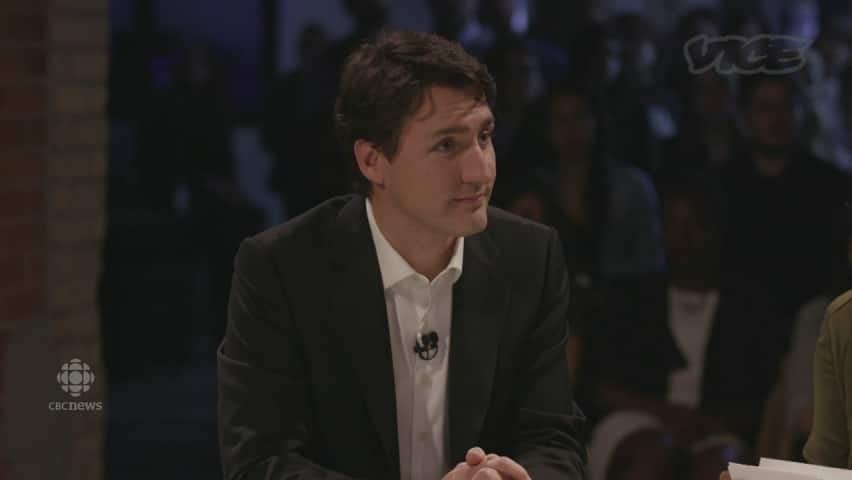 Trudeau vs Zoe Dodd on the opioid crisis